MMA: Miesha Tate on Ronda Rousey: She still has that inflated ego! 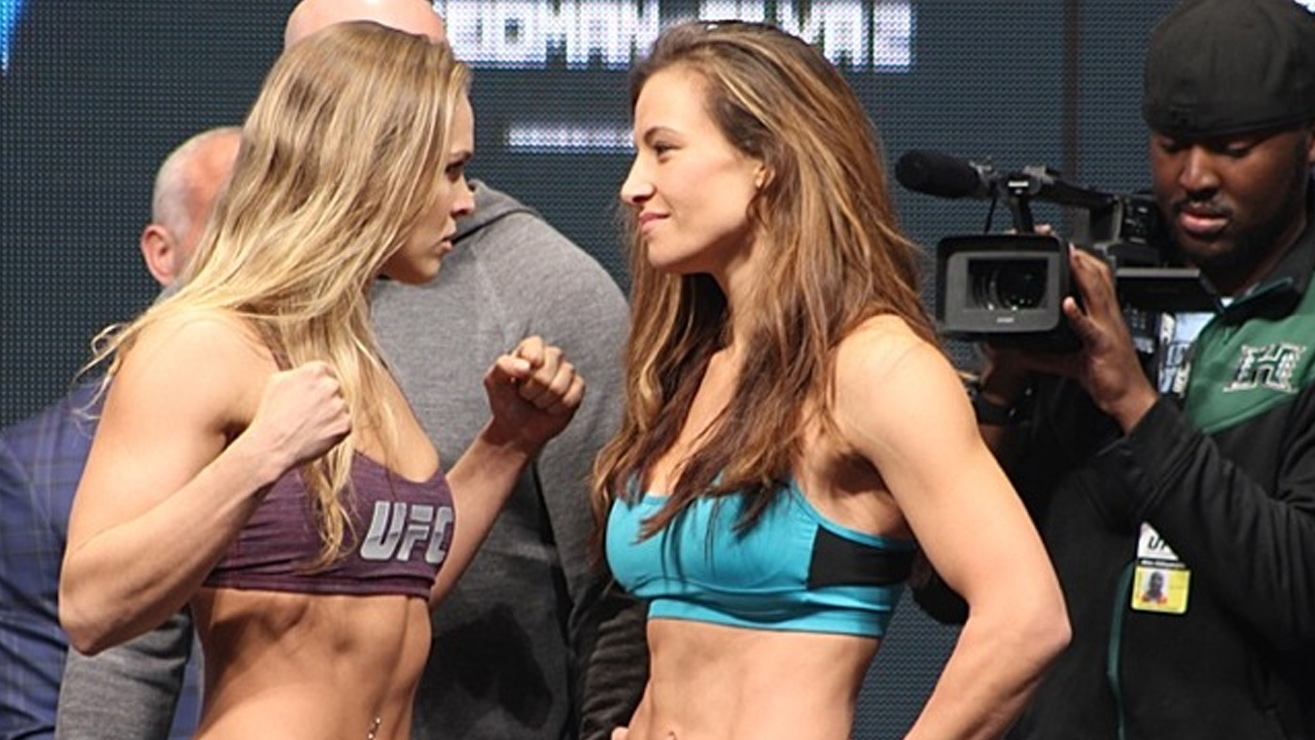 Back when women’s MMA was still taking taking it’s baby steps in the UFC, the rivalry between Ronda Rousey and Miesha Tate grabbed some attention across the MMA community.

The bad blood definitely led to the rise of animosity between the two. Rousey however was able to use it to her advantage as he got the better of Tate on two occasions. Now that both of them have parted their ways from the UFC, the cold war still continues. Speaking in an interview with SiriusXM, Tate claimed Rousey is not entirely happy with her MMA legacy and that she has an ‘inflated’ ego. 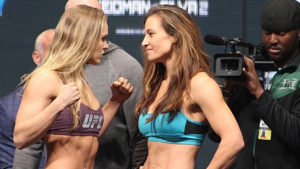 “She has that inflated ego, she does have all of those things,” Tate continued. “I talk about myself and we’re polar opposites, that’s why we never really got along. I started my career off a loss. I started my career with the humble approach, so I’m a very open book. I’ve got nothing to hide. I win some, I’ve lost some, I don’t have the need to put myself on a pedestal or not be an open book. I enjoy being transparent because I hope that somebody can take something away from my gains and my losses. I’ve lost horribly in front of the entire world and so did Ronda.

After a heartbreaking 48 second loss against current champ Amanda Nunes back in December 2016, Rousey parted her way with the UFC to sign under WWE, where she’s having a successful campaign. The timeline has been somewhat of a same for Tate, who after retirement, works as a vice president for Singapore based ONE FC.

Previous article
UFC Ottawa’s Al Iaquinta: No matter how it goes I get my hand raised.
Next article
UFC: Derek Brunson on Israel Adesanya: He’s like Conor McGregor – he’s got several holes in his game!