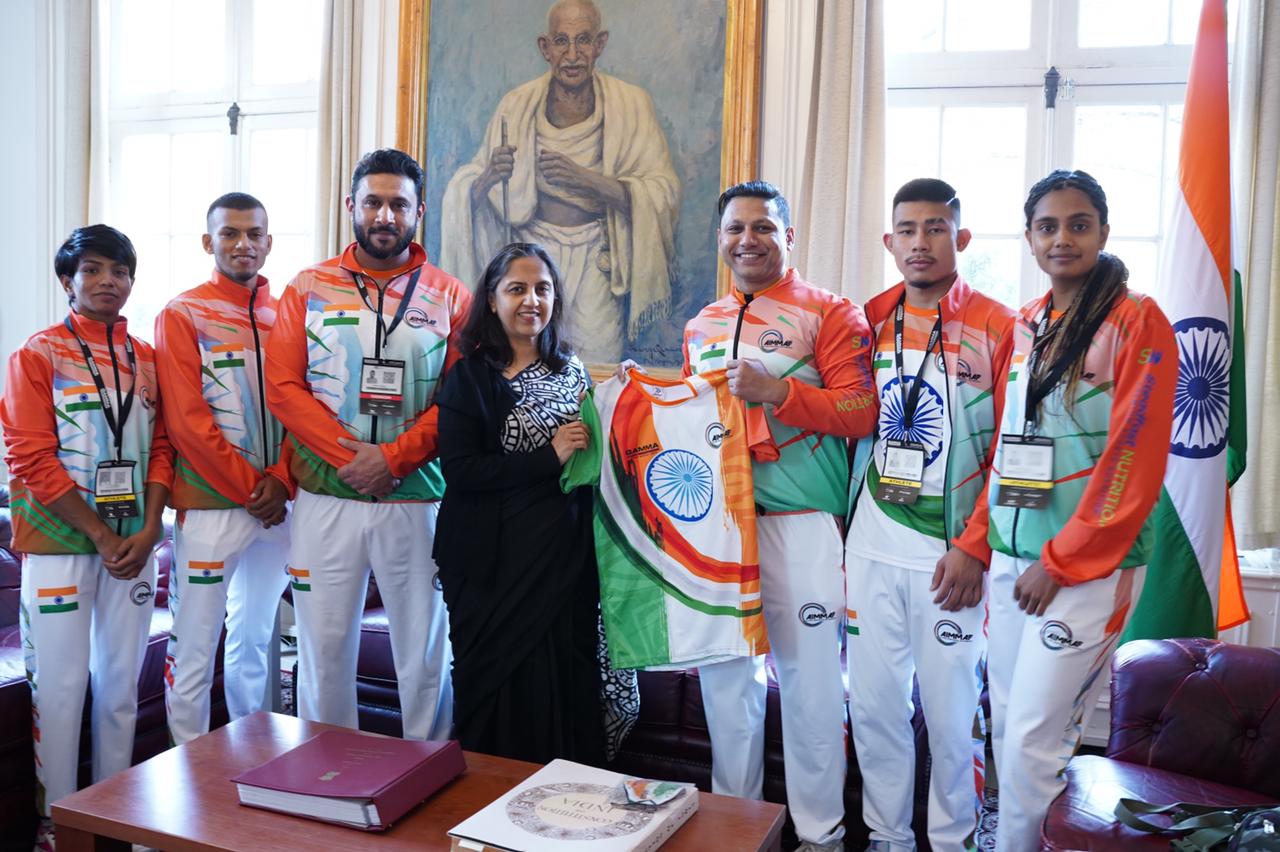 A heartwarming, interactive and motivating meeting between Her Excellency Reenat Sandhu, Ambassador of India in the Netherlands and the India National MMA team on 23rd March 2022 at Amsterdam, reinforced the strong relationship of 75 years between the two countries that were established since the time that the Netherlands became the first country to recognize India as an independent country.

Her Excellency’s dedication and support to the sports athletes of India was evident with her taking the time out of a busy schedule for the upcoming visit of the President of India to the Netherlands in the first week of April. With a keen interest in knowing about mixed martial Arts, a highly interactive discussion ensued between her Excellency and the India MMA team. Mr Aditya PS, President of All India Mixed Martial Arts Federation (AIMMAF) gave an overview of the MMA landscape in India, the potential of the sport and the struggles of the athletes. It is through his able leadership, that the All India Mixed Martial Arts Federation, has created a platform for showcasing the MMA talent in India, developing athletes in a safe environment and providing opportunities for them at a world stage.

India is bringing a formidable team of 28 athletes to participate in the Global Association of Mixed Martial Arts (GAMMA) World MMA championship being held from 23rd to 27th March 2022 at Amsterdam. Mr Vishal Seigell, Head coach for Team India, has been preparing his athletes for superior performance at this championship. As he explained, the Indian team is riding high on success with the recent 3 Gold medals and a bronze medal, under his superlative coaching, at the Asian Championship held at Kyrgyzstan.

Her Excellency has kindly offered support and assistance to Team India during their stay here at Amsterdam. The All India Mixed Martial Arts federation appreciates these kind gestures as they are highly motivating to the athletes.

With the championship starting shortly, the athletes charged the atmosphere with their exuberance and vitality, their confidence and pride for representing the country, but above all with a deep-rooted desire to win the world championship title for India.

It will be exciting to see what this championship brings for Team India.