TEKB 17: Adrover vs. Scaletta for WKN European title in Agde 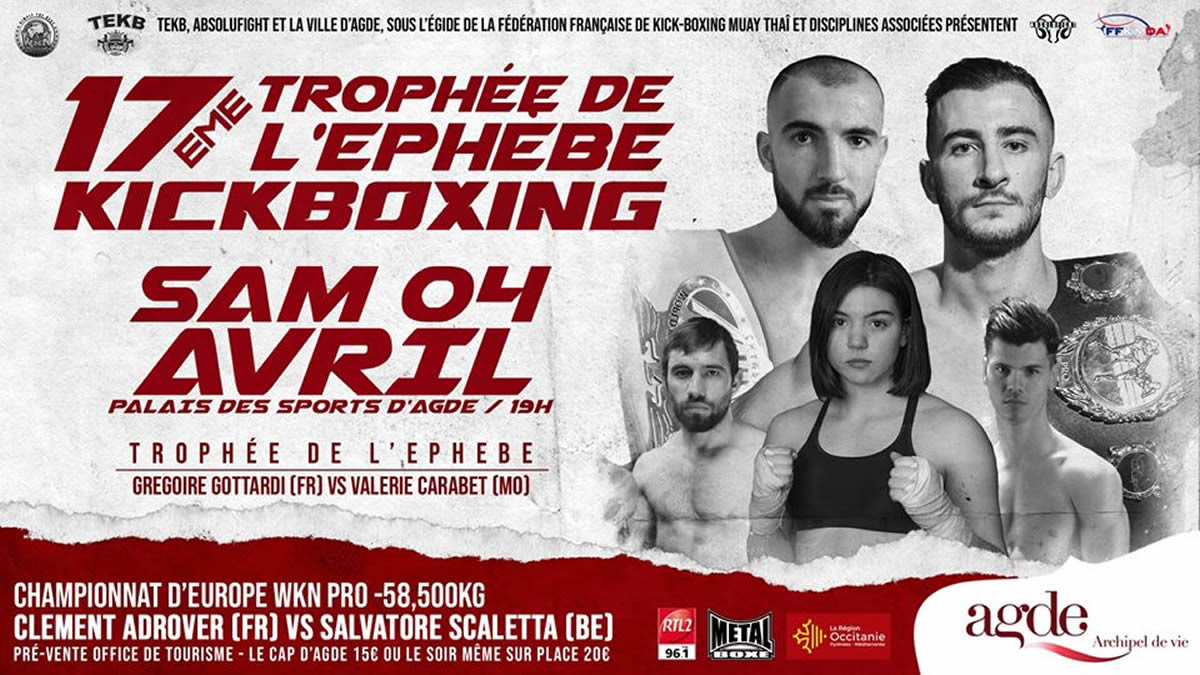 WKN European title will be on the line on April 4 at Palais des Sports in Agde, France. The contest features Clement Adrover of France up against Salvatore Scaletta of Belgium. The five-round super bantamweight championship bout headlines the next edition of TEKB 17 presented by Christophe Dragole.

Clement Adrover is riding the two-fight win streak. This includes the fourth-round TKO win over French Nicolas Rivas and a unanimous decision against Italian Samuele Andolina in June and May 2019, respectively.

Salvatore Scaletta is coming off the win by unanimous decision, as well as the revenge, over his Belgian-fellow Mohammed Kloua, which he scored in November 2019. The pair first met at kickboxing series Simply the Best 17 Farciennes.

The co-main event is a three-round encounter between local Gregoire Gottardi and Valerie Carabet of Moldova. The winner takes the “Trophée de l’Éphèbe 2020”.

Also on the main card Zaid Douich of France faces Roberto Bonetti of Italy in a three-round 60 kg catchweight bout, and Damien Grégoiren takes on his French-fellow Sofian Hadj Brahim at 70 kg catchweight. In addition, Clara Asensio of France and Ludovica Ciarpaglini of Italy square off in the women’s kickboxing battle at 60 kg.

The undercard will see a series of amateur kickboxing bouts.

Over the years the annual TEKB – Trophée de l’Éphèbe de Kickboxing featured WKN World, European and intercontinental title bouts with some of the best athletes of the current era of kickboxing.

Previous article
Yannick Reine, Bertrand Lambert and Amine Kebir ‘Simply the Best’ at Villejuif Boxing Show 2
Next article
Korean stars getting their time to shine thanks to ONE Warrior Series