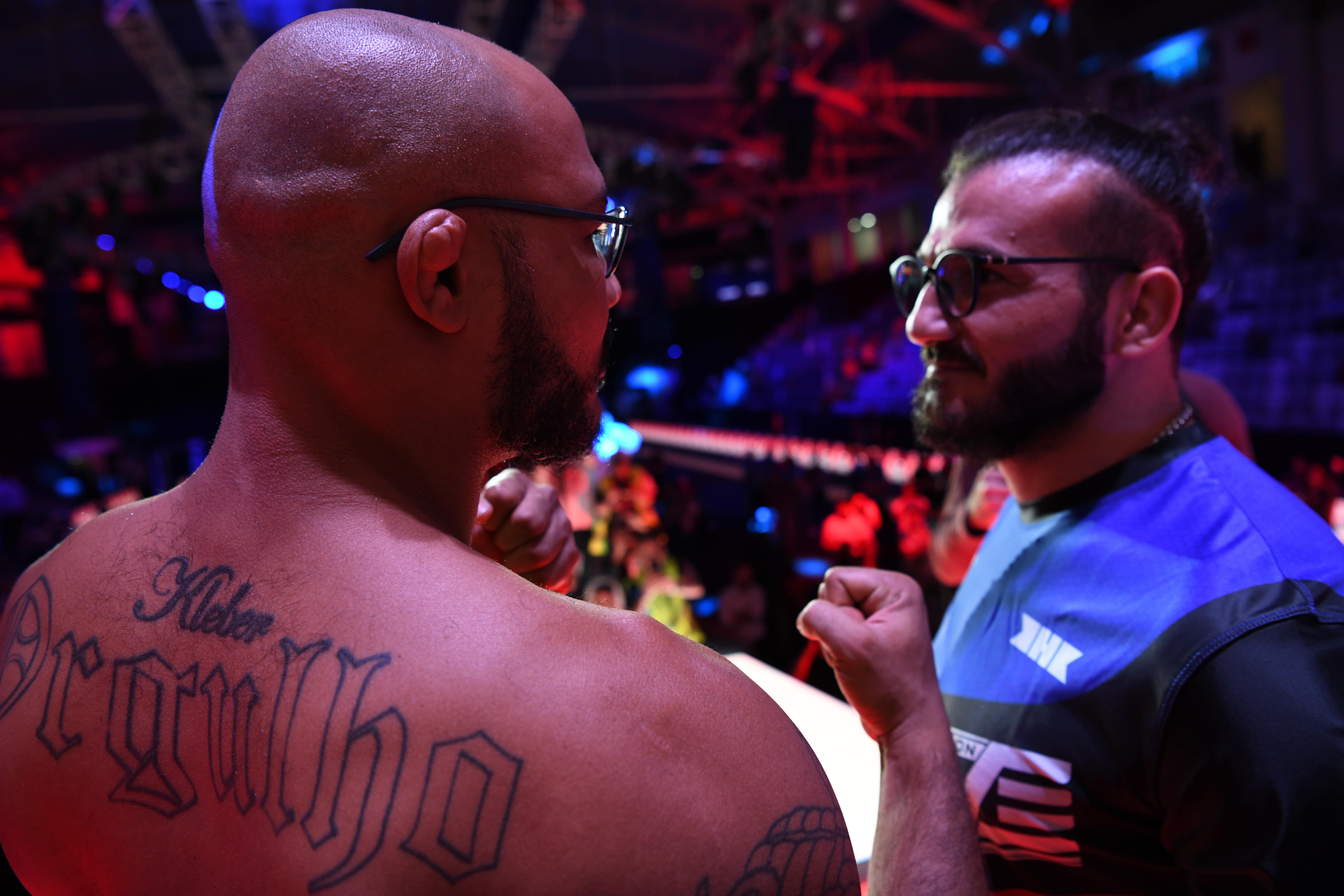 The BRAVE CF 29 fight card is full of intriguing match-ups, as some of the best fighters in the world will face off in the biggest Asia event of the year. However, the weigh-ins proceedings added an element of hatred to some of these fights, as athletes have faced off with their opponents for the last time before the historical fight night, which takes place this Friday (15), at the Khalifa Sports City Arena, in Bahrain.

In the new co-main event, Hamza Kooheji and Nahuel Gandolfi went head to head, literally, as both men clenched their fists and touched their foreheads. If it wasn’t for the timely intervention of BRAVE CF president Mohammed Shahid, their bout could have started early.
The same situation occurred a few more times throughout the ceremonial weigh-ins. Ilia Topuria and Steven Gonçalves traded insults during their face-off, and their respective coaches had to hold them back.
Before that, Hussain Ayyad, one of the heroes of Bahrain, also had a tense staredown with Matis Zaharovs, from Latvia, as the two men exchanged some word before being separated by Shahid.
BRAVE CF 29 will be headlined by the final of the KHK World Championship, a one-night, four-men, open weight tournament, that will gift the winner a US$ 100,000 check, plus the right to become the provisional holder of the KHK belt, the most prestigious prize in sports, adorned with 6,2 kg of gold. All four men came in in the Heavyweight limit, with weights varying from 96,5 kg to 115 kg. The semifinals are set with Guto Inocente taking on Azamat Murzakanov while Kleber Orgulho faces off against Mohammad Fakhreddine.
BRAVE CF 29 official weigh-in results:

Previous article
BRAVE returns to India on November 23 with Eight Indian fighters on the card
Next article
Friday Fighter of the Week: Roshan Mainam Luwang