Tenshin Nasukawa sends a strong message to Floyd: My speed > Your experience! 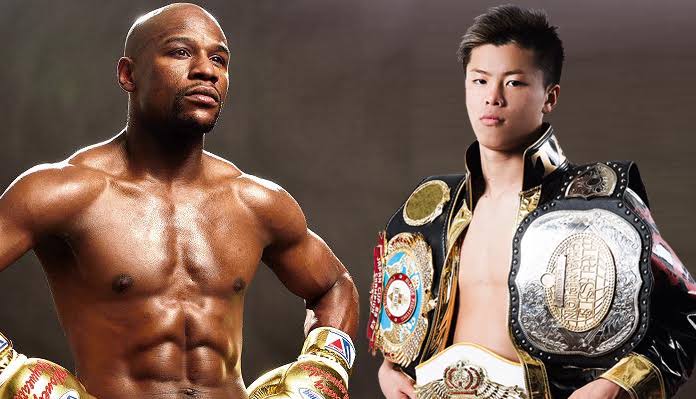 Fight between Floyd Mayweather and Tenshin Nasukawa is apparently becoming a curious case as fight fans are confused about whether the fight will happen or not.

Though Floyd has said that the fight will happen as an exhibition match with no kicking but he was also the one who called the Tokyo trip a ‘disappointing’ one.

Tenshin Nasukawa, the undefeated Kickboxer has recently posted about Floyd Mayweather on Instagram. Mentioning Floyd in the post, Tenshin Nasukawa wrote that his speed is greater than Floyd’s experience.

I see we are doing this now.
I got a lot to prove, don’t underestimate me. My speed > your experience.”

Tenshin Nasukawa has never competed as a professional boxer. Tenshin Nasukawa has an undefeated record of 27-0 in Kickboxing and a 4-0 record in MMA. On the other hand, Floyd Mayweather is one of the greatest boxers of all time with an undefeated boxing record of 50-0. Floyd Mayweather has said that the fight will take place in Japan on New Year’s Eve (December 31). It will be a 3-round exhibition match under boxing rules. This exhibition fight will be promoted by RIZIN Fighting Federation and Mayweather Promotions.