Thailand’s Deadly Star aims to twinkle much brighter in Yangon 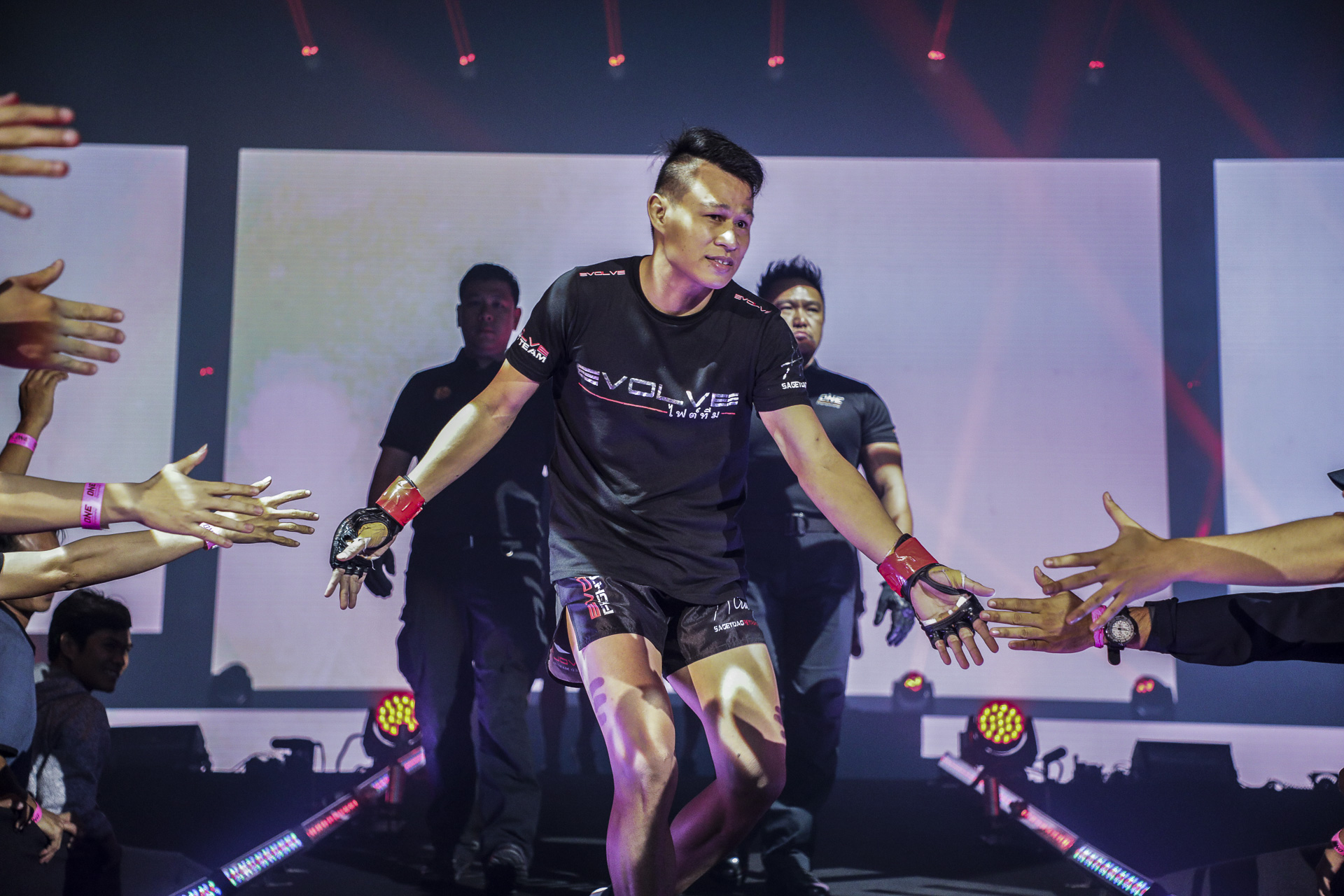 26 June 2018, Yangon, Myanmar : Sagetdao “Deadly Star” Petpayathai arrived in ONE Championship with top-notch striking credentials as he is a multiple-time world champion in the discipline of Muay Thai.

“Muay Thai is a challenging sport that I enjoy. I like the fact that because it is an individual sport, the fighter controls and is responsible for his success and failure,” he shared.

When he decided to leave Muay Thai in 2017, success for Sagetdao was not necessarily a given in the all-encompassing world of mixed martial arts competition.

“Martial arts has given me everything I have in life. I owe everything I have — all my success — to Muay Thai. It has helped me become more disciplined, and it has taught me the value of hard work,” he stressed. “Now, knowing that my future is all up to me, if I work hard, I can control my destiny.”

However, Sagetdao’s dedication to his craft saw him quickly adapt his striking style for the cage as he made a seamless transition to mixed martial arts last year.

Sagetdao won all three of his 2017 bouts via knockout in the first round, thwarting Kelvin Ong, Mahmoud Mohamed and Jimmy Yabo with strikes to get his professional mixed martial arts career off to a flying start.

Known by the moniker “Deadly Star” due to his strong knee strikes and clinch style of fighting, Sagetdao will look for another decisive win as he meets Chinese national wrestling silver medalist Ma Jia Wen.

Both men are slated to face each other on the undercard of ONE: SPIRIT OF A WARRIOR, which emanates from the Thuwunna Indoor Stadium in Yangon, Myanmar on Friday, 29 June.

“From what I have seen, he is a strong fighter. I look forward to meeting him in the cage, and I will be expecting a good challenge. I feel I have the edge because of my Muay Thai experience,” Sagetdao stated.

“I do not envision it ending in a certain way because I know anything can happen in a fight. With that being said, I am confident of getting the victory,” he added.

A 21-year old martial artist from Tianjin, China with a 5-2 record, Ma is part of a rapidly rising contingent of talented Chinese combatants who have shown great promise in combining the various aspects of striking and grappling.

In his last outing, Ma notched a second-round submission win over Pakistan’s Ahmed Mujtaba this past March.

After building up some momentum in 2017, Sagetdao will be looking to force himself into title contention by acing his first assignment in 2018.

“My goal is to be the champion, the world champion of ONE Championship. Winning my fight against a tough opponent like Ma Jia Wen will be the first step in reaching that goal,” he said.

Although he has achieved incredible results in a short amount of time in mixed martial arts, complacency is not part of Sagetdao’s vocabulary.

“I hope to have an exciting performance on Friday. It will surely bring me more confidence if I win. I will keep training hard and prepare for my next victory,” he concluded.

Previous articleUFC : Robert Whittaker credits his father for where he is today
Next articleUFC: Ali Abdelaziz: ‘Conor is running out of money; Will fight Khabib’