The 10 Greatest MMA Teams Every Fight Fan Needs to Know 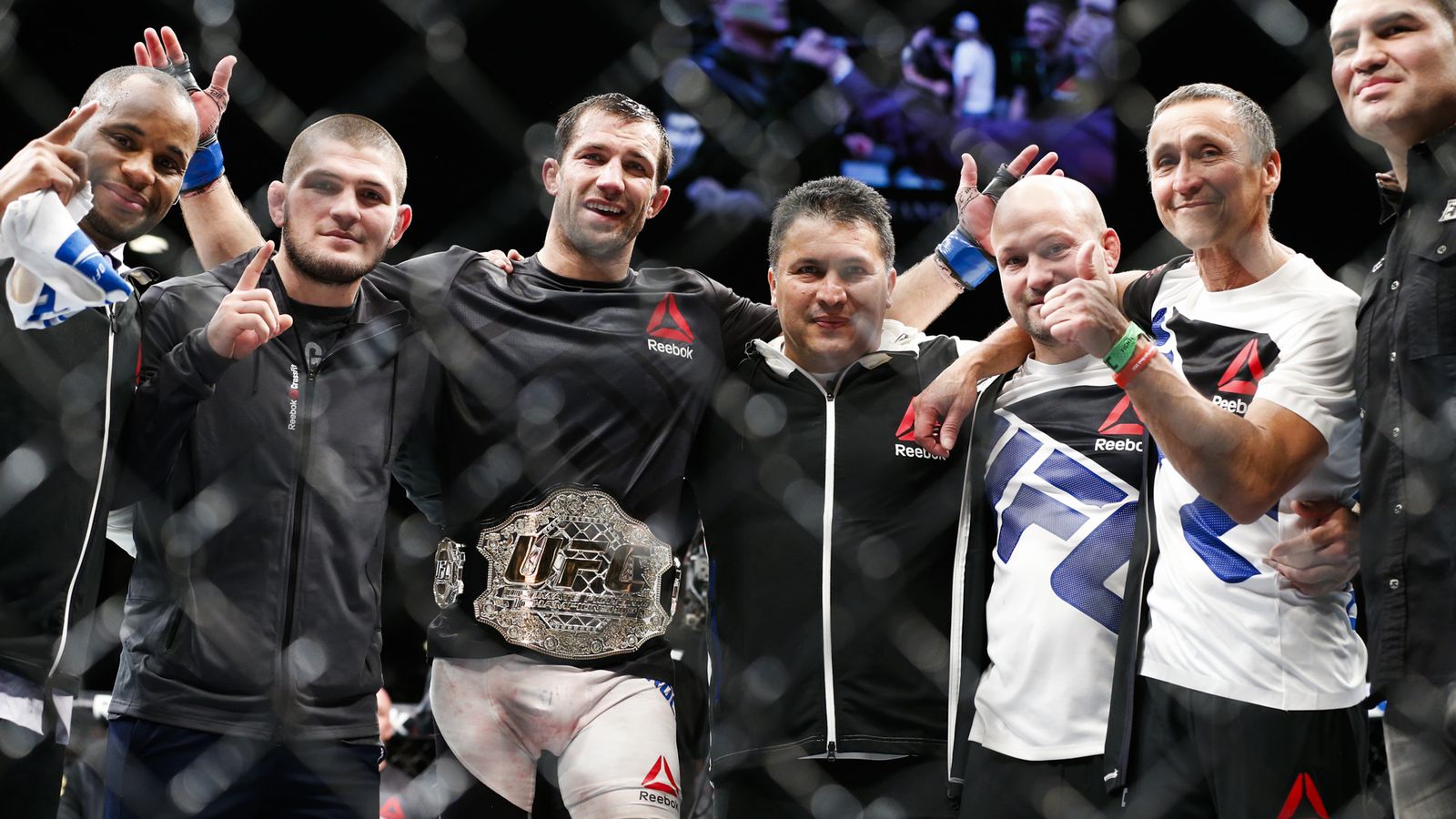 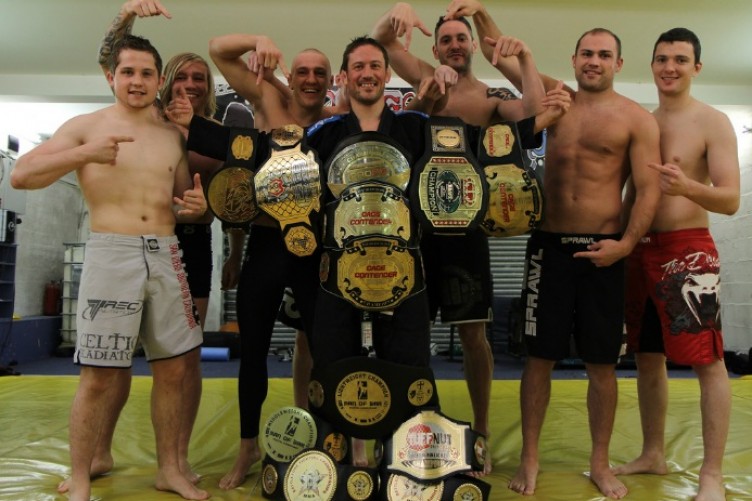 From struggling to run his small BJJ gym in a damp shed to cornering title fights in UFC and managing a sprawling 10,000 sq. ft gym today, the journey of team John Kavanagh and Conor McGregor is truly a remarkable one. In just a span of 4 years, the team of John Kavanagh and Conor achieved what no other team has ever done – won & held two UFC belts in different weight classes. John Kavanagh also holds a respectable title to his name – Ireland’s first BJJ Black Belt. SBG Ireland has numerous other top coaches including Owen Roddy, Sergey Pikulskiy, Karl Cannon, Clive Staunton and Jamie McInerney who perfect the striking, wrestling and BJJ aspect of every team member. The most noticeable element of this team is how they’ve adapted the flow movement and incorporated into their routines. There are no hard-sparring sessions in here, only tactical flow sparring. The results speak of themselves. If you’re keen to learn how John Kavanagh fought against all odds to create the team that is today, then you’ve got to read his book – Win or Learn: MMA, Conor McGregor and Me. 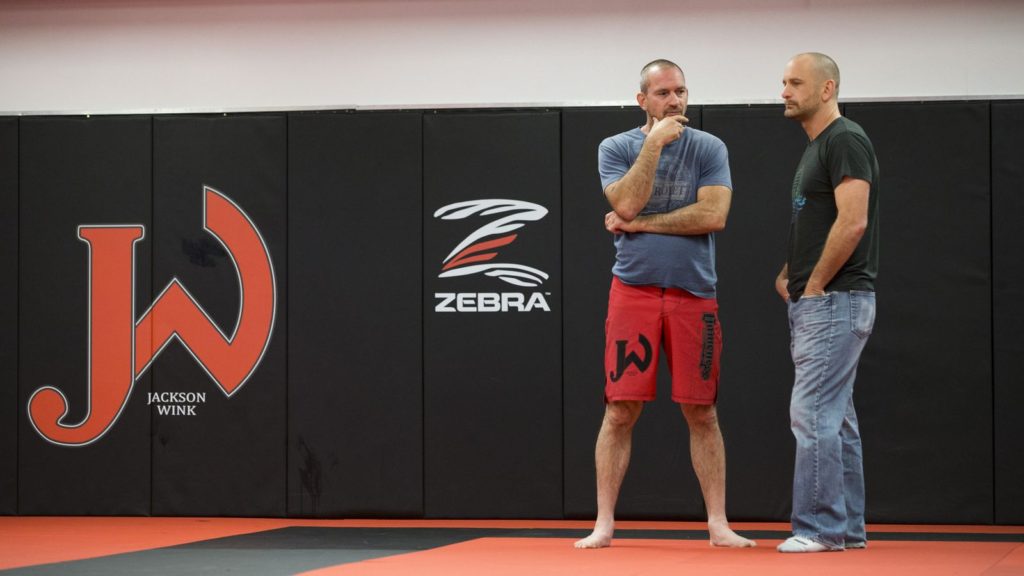 The duo of Greg Jackson and Mike Winkejohn are truly called the wizards, who have groomed top class fighters in the MMA game today. They put together some of the best game plans which led to their fighters to winning UFC titles. Today, Jackson Wink boasts of top MMA talent right from the local circuit to the biggest stage of all – UFC. Their state-of-the-art gym is probably the biggest among its counterparts – 30,000 sq. ft facility that houses fighters from around the world. Their most notable achievements include Jon Jones’ undefeated streak, the transitioning of Holly Holm from Boxing to Kickboxing to MMA. Apart from their prodigal talent Jon Jones, the top talent includes Donald Cerrone, Andre Arlovski, Michelle Waterson, Cub Swanson and Carlos Condit. With 2016 being a rough year for the team, there is so much more to look out for this year. 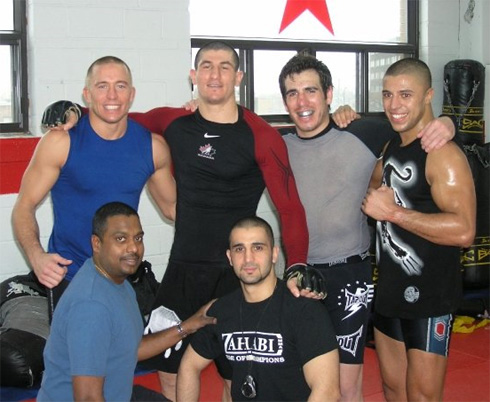 Achievements: GSP and Rory’s rise to the top

Tristar gym is back in the limelight with the latest news of former Welterweight champion George St. Pierre making his octagon return against Michael Bisping. This Montreal based MMA gym is home to emerging fighters including Randa Markos, Joanne Calderwood and Sage Northcutt. Firas Zahabi the head coach has been making waves with his new breed of fighters (Rory McDonald) in the absence of GSP. What sets Firas apart is his how he combines all the aspects of MMA and trains his fight team. His tactical mind and his approach towards coaching as a martial art form is way forward that any other gym. Both Firas and GSP believe in bringing new training methods and trainers from other parts of the world, like they flew John Wayne Parr for one of GSP’s fights. When he is not coaching, he can be seen breaking down fights with pinpoint accuracy on his YouTube channel. 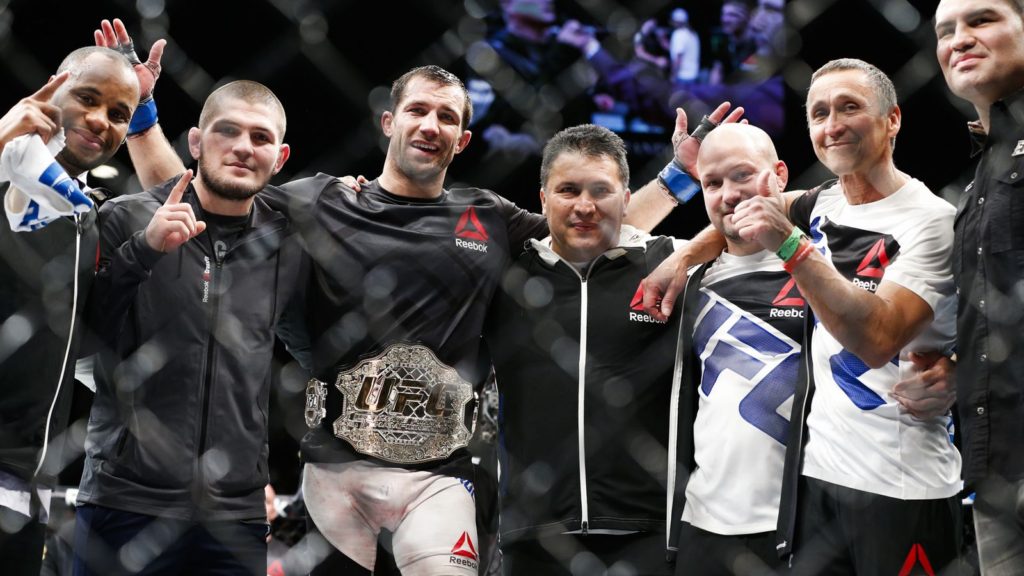 With four of its top fighters holding championship belts in the UFC & other organizations, AKA is arguably the oldest and the best MMA team in the USA. Over the past three decades AKA has set up in multiple locations and has fighters including Cain Velasquez, Daniel Cromier, Luke Rockhold, Khabib Nurmegomedov, Jon Fitch and the soon to fight Aron Pico. Apart from the growing list of champions AKA is also known for the number of times their fighters had to pull out of the fight due to injuries. Another title would have been added to the walls of AKA, had not Khabib failed to cut weight. 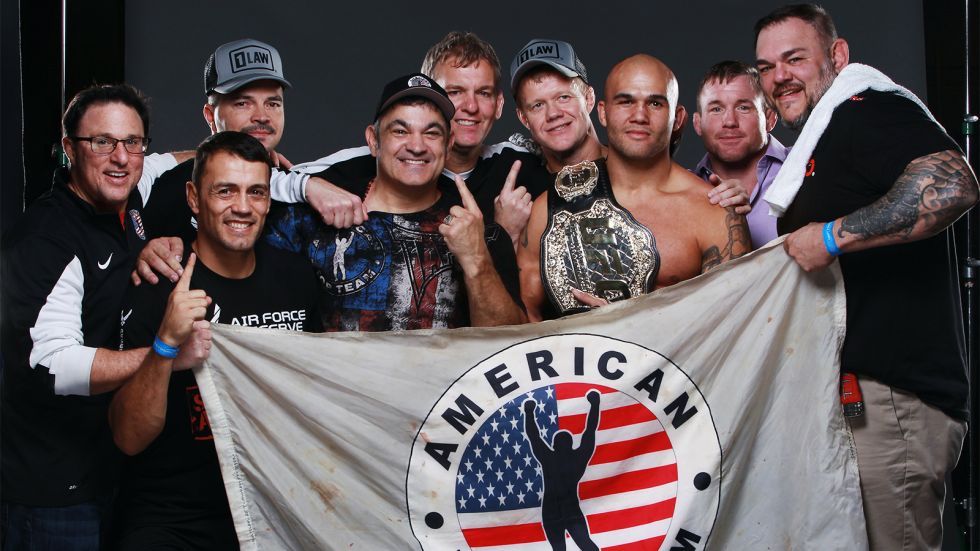 ATT is the only fight team that has a champion from every MMA promotion (UFC, Bellator, Strikeforce, Dream and Pride FC) and almost every weight class including women’s bantamweight division. Under Ricardo and Marcus’ guidance, we saw the resurgence of Robbie Lawler, who went on to become the Welterweight champion in the fight of the year against Rory McDonald. Currently home to two women champions Amanda Nunes, Joanna Jedrzejczyk, ATT also has contenders lined up for their title fights later this year.

Founded by the former WEC Featherweight Champion Uriah Faber, Team Alpha Male is probably the only fight team that has produced so many top notch lower weight class fighters. Their stacked roster includes Chad Mendes, Danny Castillo, Joseph Benavidez, Clay Guida, Andre Fili, Darren Elkins, Bantamweight champion Cody Garbrandt and the now retired Uriah Faber. Team Alpa Male has always been in the news for one reason or the other – be it their rivalry with Alliance Team’s Dominic Cruz or the internal team disputes with TJ Dillashw & former coach Bang Ludwig. Despite the controversies surrounding the team, 2016 proved to be the best with Cody Garbrandt winning the Bantamweight title from Domic Cruz. 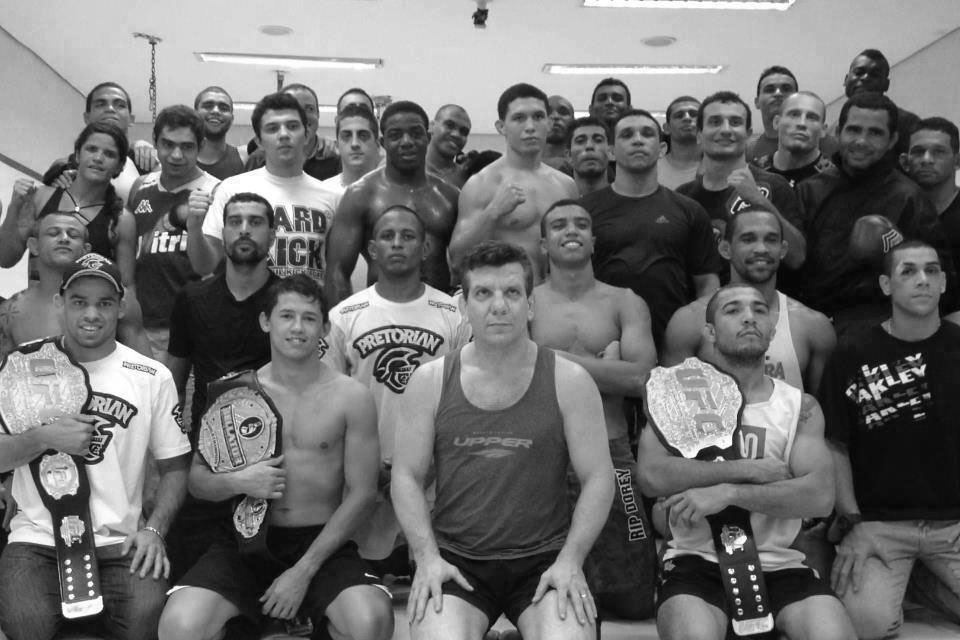 Hailing from Brazil, Nova Unio is another MMA gym that has produced many lighter weight category fighters that ruled their division. Former Featherweight king pin Jose Aldo was undefeated for nine years and so was his team mate – former bantamweight champion Renan Barao. Their ascendance to the top and defending title belts speaks volumes about the striking and BJJ coaching at Nova Unio. It is under the tutelage of Andre Pederneiras that Nova Unio grew out to be a top fight team in Brazil. It was in 2000, that BJ Penn once trained and fought under Andre to win Mundials gold medal. Since then, the gym has been producing top MMA talent even in the local Brazilian circuit. 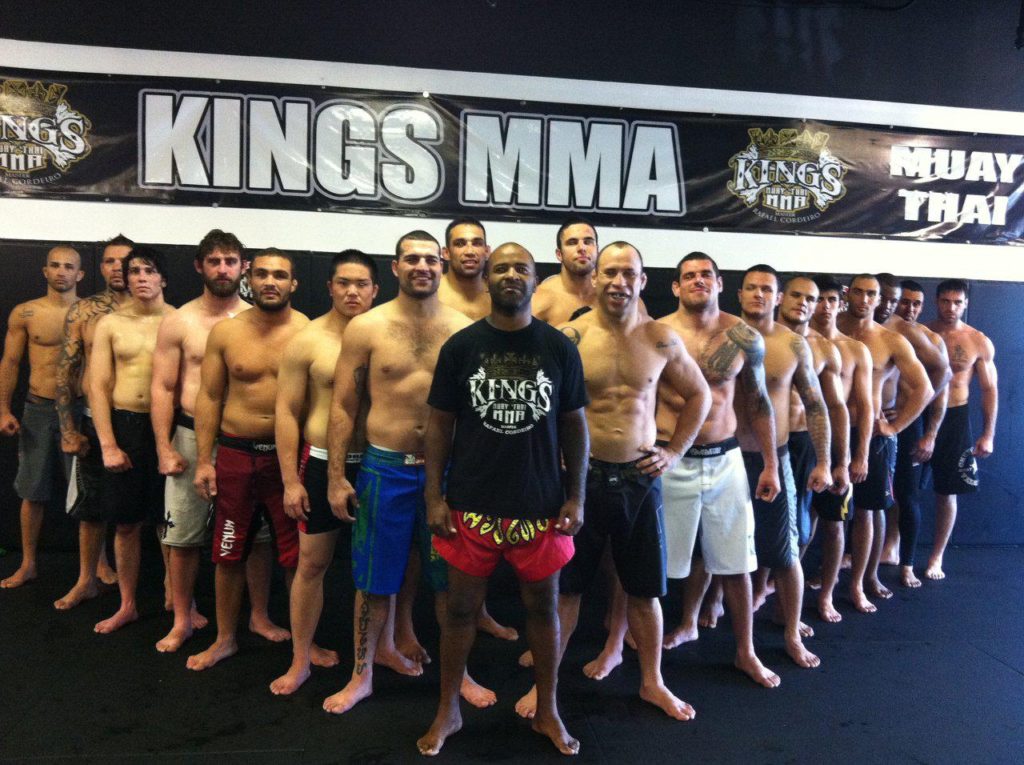 The head coach of Kings MMA is truly a pioneer of this sport – both for this fighting background and training breakout MMA fighters. Back in the day Rafael Corderio competed in Muay Thai and Vale Tudo fights before heading one of the legendary gyms out of Brazil – Chute Box. Having trained legends such as Wanderlei Silva, Mauricio Shogun Rua, Anderson Silva; Rafael Corderio brings in the unique expertise that is not witnessed anywhere else. Despite Fabricio Werdum and Rafael Dos Anjos both losing their title belts in devastating knockouts, Kings MMA remains one of the top talent churning gyms. 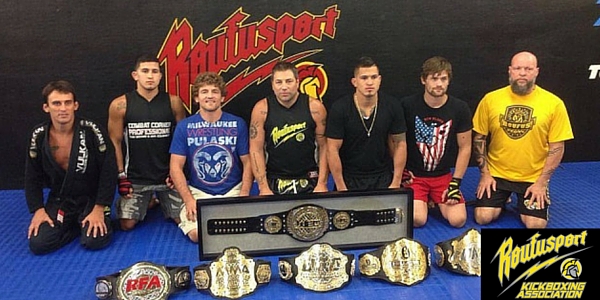 Roufusport is headed by striking coach Duke Roufus, who trains champions Tyron Woodley, Anthony Pettis and Ben Askern. Martial Arts has been his family business, as his father ran a martial arts school in the 70’s. Having been a kickboxing champion multiple times, Duke’s speciality lies in his striking skills and most of his fighters have displayed their striking prowess in their recent victories. Many fighters such as Paul Felder, Matt Mitrione have moved camps to Roufusport to enhance their striking skills.

Evolve MMA is without a doubt Asia’s number 1 fight team which boasts world renowned instructor team that has over 1,000 years of world championship experiences. Having founded by Chatri Sityodtong in 2009, the team has grown multi-fold and completely evolved into a world-renowned place to learn MMA. The facility is nothing short of a 5star facility which every fighter dreams of.  From top class Muay Thai to Boxing, Kickboxing, MMA, Wrestling and Submission Grappling every art form is taught by a world champion. True to its mission, Evolve’s fight team is on a quest to capture more world championship titles in Muay Thai, BJJ and MMA. Angela Lee became the youngest MMA fighter to become a champion. The undefeated fighter grabbed the ONE FC Atomweight Championship in 2016 and made her first defence this year. Shinya Aoki also fights out of Evolve and is the current ONE FC lightweight champion.