The beef is never over! TJ Dillashaw happy to continue ‘ruining Cody’s career’ 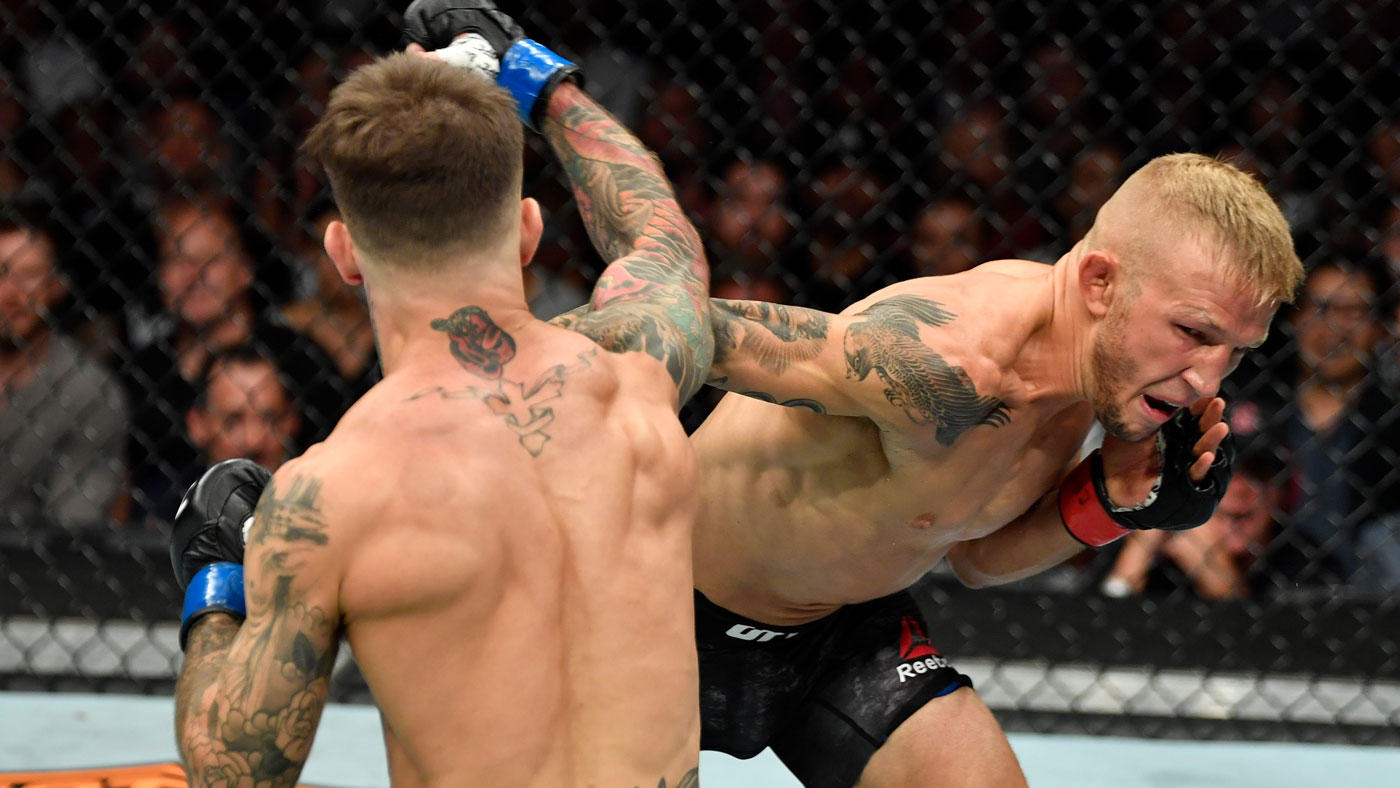 As the best way to end any rivalry in MMA is to defeat your opponent in an undisputed manner and Dillashaw did the same. It was a knockout last time and it is a knockout this time for Dillashaw as well. However, it didn’t take more than one round for Dillashaw this time to get the job done. 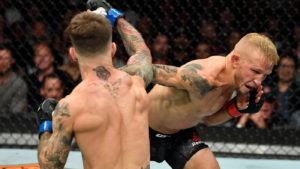 Dillashaw wobbled Garbrandt multiple times and landed a knee to end the show. One would assume that the way Dillashaw stopped Garbrandt, it would have ended the bitter rivalry between the duo. But it looks like that the rivalry is far from being over.

“Hell yeah, I’m cool with how it unfolded,” Dillashaw told MMAjunkie. “It’s exactly as I said it was going to go down. I told you I was going to knock him out in the first round, I did. I said I’d ruin his career, I’m doing it. The guy is screwed at 135. He should have gone back to the drawing board and gotten better, but he talked his way into an ass-whooping.”

“I’m happy,” Dillashaw said. “It’s not only him, but it’s also the whole team. The whole team needed an (expletive) ass-whooping. They talked all that crap, they want to accuse me of a bunch of bull(expletive). That’s the game. Karma’s an (expletive).”

“I guarantee you Cejudo is just as big as me right now,” Dillashaw said. “I don’t want the excuse of me beating Cejudo’s ass and (him saying), ‘Oh, it’s because he’s bigger than me. (Expletive) that. I’m not. I’ll be at 125. There’s no excuses.”

DC’s story of a fan entering the Octagon to help Conor McGregor is true!

Previous articleDerrick Lewis reveals that he only trains for 30 minutes in the gym everyday
Next articleJorge Masvidal puts Leon Edwards on blast: “I got more fans in England than you!”