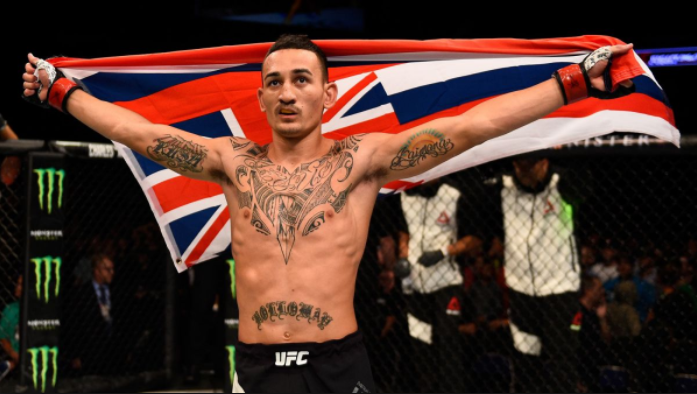 “I’m not racing through the division. I’m cleaning it out. If I didn’t fight you, you can get it. This is the ‘Blessed’ Era. Come and get it.”

Max Holloway uttered these amazing words after finishing Jose Aldo back in June to win the UFC featherweight championship. This could be considered a thinly veiled shot at the previous 145-pound champ Conor McGrgor, who has zero title defences to his credit at 145 pounds. Or maybe, this is how Holloway actually feels. Either way, Holloway makes it pretty clear that the title will be defended against all comers regardless of who is the ‘money fight’. Max proved this by agreeing to fight Jose Aldo on short notice rather than wait for Frankie Edgar, barely months after destroying Aldo. “It is what it is”, he said.

Maybe it is the long, long road that Holloway took to get to the title that compels him to be a fighting champion. Max Holloway and the interim lightweight champion Tony Ferguson have taken the longest roads to a UFC title in recent memory. And now that he is here, he is ready to fight everybody.

After losing to a rising Conor McGregor in 2013 in what was his third loss in six UFC fights, Holloway began a win streak that has become the fourth longest active win-streak in the UFC. All the guys above him are considered all time greats. His streak includes victories over the likes of Cub Swanson, Jeremy Stephens, Ricardo Lamas, Anthony Pettis and of course, the great Jose Aldo. Along the way, Max was developing into the most dangerous featherweight in the world. All this at the incredibly young age of 25! It’s no surprise he hails from the land that gave birth to ‘The Prodigy’ BJ Penn.

Despite racking up one impressive win after another, the title shot remained elusive for a long time. It took him 9 wins just to get an interim title shot and even that was by accident. When the scheduled main event of Daniel Cormier and Anthony Johnson for the light heavyweight championship fell through, a non-title fight between Holloway and Anthony Pettis was made an interim title fight. Barring extenuating circumstances, this would have been Max’s tenth win in a row without fighting for a title! Now that would have been crazy. As luck would have it, he received his (interim) shot and stopped Pettis, who didn’t look good due to a debilitating weight-cut. Max couldn’t be denied anymore. He soon received a shot at the real belt and TKO’d Jose Aldo in the greatest performance of his career. The ‘Blessed Era’ was finally here.

Max had beaten almost everybody in his rampage to the top of the division, but there was one guy who he yet had to come across, one Frankie Edgar. The fight was quickly scheduled for UFC 218 on Dec 2 and was highly anticipated as the last great test of Max Holloway. This however was not meant to be as Frankie pulled out of the fight a mere three weeks before it was scheduled to take place. In comes Jose Aldo, who is looking for revenge and his lost belt. Max had no hesitations in accepting the fight:

“I heard a lot of names — Cub Swanson, Ricardo Lamas, Brian Ortega, Darren Elkins, Tony Ferguson, Conor McGregor. I told them I didn’t care. They already know I don’t care. All I ask is to send me a contract,” said the champ.

“Our first fight, I don’t know what people are watching, but some say I was losing until I dropped him in the third. Those must be some hardcore Aldo fans. But, he’s been one of the best guys for years, so to show I’m the best in back-to-back fights, sign me up.”

In an era that has been dominated by champions holding up divisions looking for money fights, Max Holloway is a breath of fresh air. Even a prospect of a second straight fight with Aldo motivates him like nothing else:

“Beating him for a second time – I still got a bunch to catch up with him,” Holloway said. “He’s got a bunch of records, and those records are meant to be broken. He had his time. There’s levels (sic.) to this. He had his era. This is the ‘Blessed Era.’”