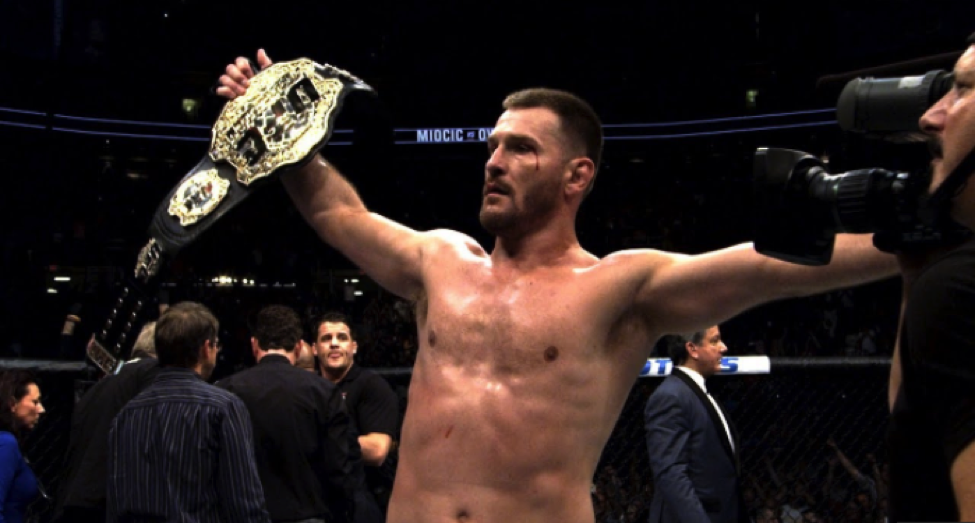 The heavyweight championship of the world is the oldest active championship in the UFC. Having been
held by greats such as Mark Coleman, Randy Couture, Bas Rutten and Cain Velasquez, the heavyweight
championship has a very rich history in just the twenty years that it has existed. It is one of the most
prestigious titles in combat sport and carries with it the accolade of the ‘baddest man on the planet’.
At the time of its inception, the UFC did not have weight classes and as a result, there were no weight
specific championships. Under immense political pressure due to the perceived violent nature of the
sport – where smaller men had to go up against behemoths -, the UFC finally introduced weight classes
and with it, the heavyweight championship of the world. Mark Coleman became the first ever champion
when he submitted Dan Severn at UFC 12 in February of 1997. Coleman lost the title to Maurice Smith in
his first defense at UFC 14 and thus began the curse of the heavyweight championship – in its entire
history, the title has not been defended more than twice.

Maurice Smith would go on to have a single title defense before dropping it to Randy Couture, who is
widely regarded as the greatest heavyweight champion is the history of the UFC. Couture was expected
to defend the title against Bas Rutten, who was coming into the UFC with massive hype. The fight,
however, never materialized and Rutten ended up facing Kevin Randleman for the vacant title and
became the fourth champion in history after a highly controversial decision. He also, would have no title
defenses as he vacated the title later that year. Randleman won the vacant title and defended it once.
It wasn’t until Randy Couture returned that the UFC and its fans saw a fighter have a lengthy reign
worthy of the title. ‘Captain America’ defeated Randleman at UFC 28 and subsequently held the title for

490 days (longest yet). He went on to defend the title twice, which is the most the title has ever been
defended. Couture then lost the title to a young Josh Barnett. After a string of not so memorable
championship reigns, the title was won by Tim Sylvia for the second time when he knocked out Andrei
Arlovski at UFC 59 and went on to defend it twice, thus matching Randy Couture. Couture then won the
title from Sylvia and thus began the most exciting era for the heavyweights in the UFC.

In the latter half of 2007, the UFC signed a fighter with only one fight in his pro career. This fighter,
however, was a former NCAA D1 wrestling champion and was considered a dangerous dark horse in
MMA. His name was Brock Lesnar and he was about to take the MMA world by storm. Although Lesnar
would lose his first fight in the UFC, he got back on track and was soon awarded a shot at Randy
Couture’s heavyweight title in what was quite possibly the most anticipated heavyweight fight in history
at that point. Lesnar knocked out Couture and went on to hold the title for almost two years. He
defended it against Frank Mir (avenging his first loss) and a dangerous Shane Carwin. In the process, he
added himself to the list of guys with most title defenses.

As Brock Lesnar was in the middle of his title reign, a new era of UFC heavyweights was starting and it
began officially with Cain Velasquez’s dominant win over Brock Lesnar. Cain, who is widely regarded as
one of the greatest heavyweights of all time, was expected to finally break the curse and keep the title
for a long time. He, however, fell victim to a huge overhand right and all hopes were dashed as Junior
Dos Santos won the most prized possession in the MMA world. Cain Velasquez would however win the
title back after JDS defended it once and went on to defend it twice over the next two and a half years.
And then Mexico City happened.

Cain Velasquez is known for the relentless pace he puts on people. He was to fight Fabricio Werdum at
UFC 188 in Mexico City. Velasquez, who did not train in Mexico City for fight which is at high altitude,
gassed terribly in the fight and went on to lose the title. The curse lived on.
The latest man who people hope is going to beat the curse is Stipe Miocic. After winning the title from
Werdum at UFC 198, he already has defended it twice in dominating fashion. He is expected to face
Francis Ngannou at UFC 220 this Saturday (Sunday morning for Indian fans), and should he win, he will
become the first man in history to defend the title three times and that alone will put him in
consideration for one of the best to ever do it.

There is no clear reason why the title has never been defended more than twice. Maybe it’s because of
those powerful strikes that can change a fight at any moment (Tim Sylvia against Arlovski, JDS against
Cain). Maybe it’s because of injuries (Frank Mir). Maybe it’s because Fedor Emelianenko never fought in
the UFC. We also have to consider the fact that the heavyweight division has never had an Anderson
Silva or a Georges St. Pierre. Cain Velasquez was expected to be that guy, but he has had a hard time
with injuries that have derailed his promising career. Maybe ‘Stone Cold’ Stipe Miocic is that guy. His run
with the title has been nothing short of spectacular. But again, everything can change with one punch in
this division, and Ngannou, after all, hits quite hard.
I guess we will find out.

Previous articleDivya Kakran: Earlier I used to think that to become a successful athlete in India I will have to cheat but…
Next articleONE: KINGS OF COURAGE PRESS CONFERENCE HELD ON 18 JAN IN JAKARTA