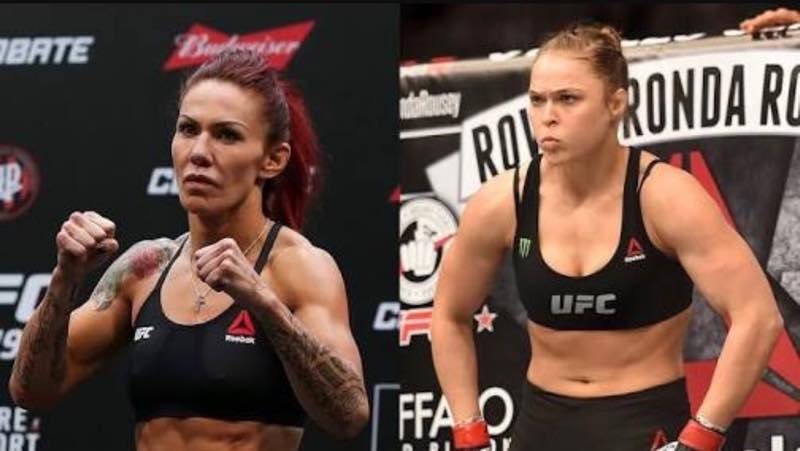 Ronda vs. Cyborg: The Hype Builds On

Ever since Ronda Rousey won her Strikeforce Bantamweight Title by submitting Miesha Tate,  talk of her next fight started to emerge. Fans began to pitch Cyborg against Ronda – A dream fight that would entitle the winner with the baddest woman on the planet title. Looking at the current situation, this fight seems far from being a reality but the kind of hype and buzz it had created was enough to propel women’s MMA to the next level.

After UFC acquired Strikeforce and most of the fighters moved across, a BIG announcement was made by Dana White. Women’s Bantamweight Division was included in the roster and Ronda Rousey was crowned the women’s Bantamweight champion (8 Dec 2012) without even putting her in the inaugural title fight. Was this decision a marketing gimmick or did Ronda deserve it is a case to discuss, but FINALLY the women’s division had arrived in the UFC and that in itself was a big moment for all the female mixed martial artists across the world.

Ronda Rousey vs. Liz Carmouche at UFC 157 was the first ever women’s fight that headlined the event. Earlier Ronda was handed her title and this was her first title defense against Liz Carmouche. With the win, Ronda added another armbar victory added to her record.

Fallon Fox publicly came out as a female transgender after her two initial professional MMA fights. The MMA world was in a shock, especially the female mixed martial artists who felt that Fox had an undue advantage over her opponents. Many believed it was morally not right for Fox to compete against women as she had the strength advantage.

Started by a former Strikeforce executive – Shannon Knapp in 2012, Invicta FC has since then held 22 successful events. Invicta has fighters in five different weight classes from Atomweight to Featherweight. Their most notable champion Cris Cyborg defended her belt three times and the division now has a new champ – Megan Anderson. By all means Invicta FC came as a boot for women’s MMA and they have been steadily building deeper weight classes by bringing new female talents from across the globe.

Former featherweight and lightweight champion Conor McGregor will be back in the Octagon at the UFC 257 main event against Dustin Poirier on January 24th. However,...
Read more
- Advertisement -