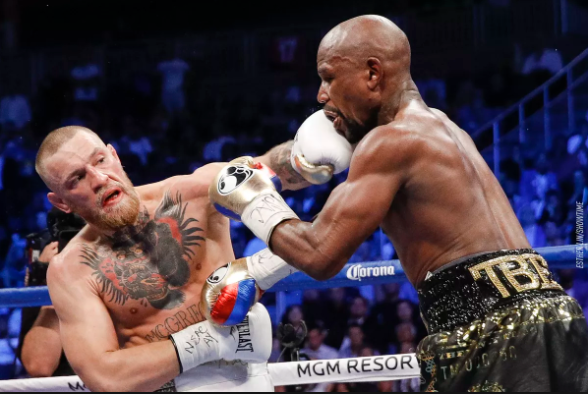 Conor McGregor is the biggest star the world of MMA has ever seen. And yet, we have not seen him in
the MMA world for over fourteen months now. While he hasn’t exactly been absent from the news
(even Conor McGregor walking down the street is big news, according to UFC President Dana White), he
hasn’t fought since winning the UFC lightweight title in November of 2016.
McGregor reportedly made over $100 million in his fight with Floyd Mayweather and he is now in the
process of renegotiating his contract with the UFC. Having earned this absurd amount of money,
combined with all the business ventures that he has undertaken (suits, whiskey – just to name a few),
Conor doesn’t need to return to the UFC at his old contract. Some believe he doesn’t need to return,
period. Count UFC president Dana White among those people:
“Conor might never fight again,” White said. “The guy’s got $100 (expletive) million. I’ve got guys that
made less than that and were lawyers and went to school their whole life and quit working.”
“Fighting’s the worst. Try to get up and get punched in the face every day when you’ve got $100 million
in the bank. Money changes everything with a lot of people.”
There is absolutely no way of knowing if White actually means that since he said similar things about
GSP in the past, but I digress. Regardless of what Dana White may actually believe, there is some truth
to those words. Conor McGregor has indeed made a lot of money and doesn’t necessarily need to return

to fighting. That leaves UFC in some trouble as Conor is their biggest star and they have a massive debt
to pay. White doesn’t necessarily agree:
“I always say, ‘If Conor McGregor fights next year, that’ll be awesome. If Conor McGregor doesn’t fight,
the UFC is going to go on’, White told FS1”
White has repeatedly said publicly that the UFC will not be hurt by Conor not fighting. However, there is
no way UFC would do anywhere near the same amount of business that they might do with Conor at its
helm and considering the price that they paid for the UFC, WME-IMG would definitely want to do
something about that. Conor has proved that any card that he fights on will easily pass the million mark,
and he may be a bigger star now than ever after he went 10 round with Floyd in a boxing match.
This year the UFC did some of the worst PPV numbers in recent history. Only UFC 214 – which had one of
the most anticipated grudge matches in UFC history between Daniel Cormier and Jon Jones – and UFC
217 – which saw the return of GSP – did good business. None of the rest even touched the 500,000 mark
and not even UFC 214 and UFC 217 did a million. Despite this, Dana White claims 2017 was UFC’s most
profitable year:
“If you don’t know what’s going on in our business, how can you speculate we’re having a bad year? This
is our best year by a long shot,” White told ESPN.
These numbers, include UFC’s revenue from the Mayweather – McGregor fight. If the Irish superstar
were to never fight again, UFC won’t likely have their ‘best year by a long shot’ in 2018. UFC, and Dana
White, most definitely need The Notorious one.
White also argued that big names have retired in the past and the yet the UFC’s business now is better
than ever:
“I’ve been hearing this since 2003. “What are you going to do when Chuck Liddell’s gone? What are you
going to do when Georges St-Pierre leaves? You’re in big trouble when Anderson Silva’s gone. And the list
goes on and on. Ronda Rousey. Last year was the best in the company’s history. So we’re going to keep
finding new talent and putting on the best fights in the world. “That’s what we’re going to continue to
do. With or without anybody.”
Those once again are very true words. We could, however, analyze this and find out rather easily that
each time a major superstar left, there was one right there to carry the torch. When Chuck Liddell
started to decline, Brock Lesnar carried the company to unforeseen heights. GSP was there to pick up
the mantle when Brock retired. Then Rousey came along and then McGregor emerged. Right now, GSP
is retired again, Jones’ future is uncertain and the Diaz brothers are still refusing to fight. There is, as of
now, no one who promises to be a huge draw in the future. Most of its younger stars are bombing at the
box office. Kevin Lee and Tony Ferguson did some of the worst numbers of the year at UFC 216.
Holloway and Cyborg are not yet draws. Bantamweight champion Amanda Nunes’ fight with Valentina
Shevchenko did terrible business. The great Demetrious Johnson is still not a draw. Long story short, UFC
desperately needs Conor McGregor to fight in 2018. The promotion needs him a lot more than he needs

them. The intelligent man that he is, Conor McGregor surely realizes this and is asking for more money
to come back.
McGregor has said many times that he wants to get back inside the Octagon and has even expressed
some interest in a fight with the interim champion Tony Ferguson. He just wants to do it for the right
money. The UFC needs him and my guess is that they will reach an agreement soon. We all want to see
‘Mystic Mac’ back in action, don’t we?

Previous articleFight Night St. Louis: Stephens vs Choi – Daniel Cormier Preview
Next articleBig John McCarthy is going to continue refereeing but his focus is on commentry on Bellator