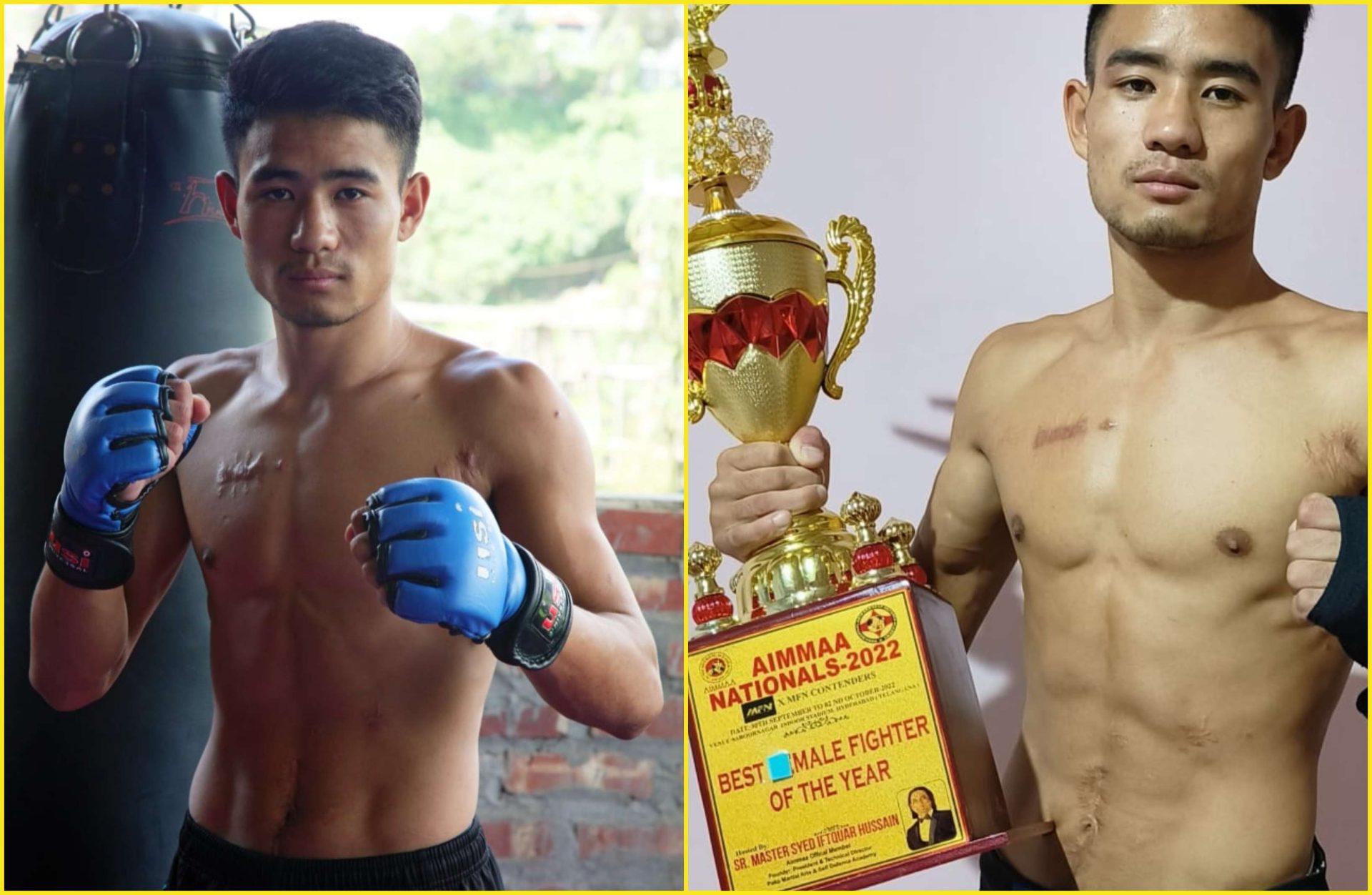 Manipur has steadily been producing some of the best Mixed Martial Artists in India. The sport has seen a surge in popularity in the state and over the last couple of years, we have seen fighters like Jojo Rajkumari make it to the big stage of Indian MMA having fought at the Matrix Fight Night multiple times. MFN recently partnered with AIMMAA to host the first contender series, where fighters from across India participated in it.

In this event, Manipur’s Veinii Suffix also took part in it and won the gold medal in his weight category. Not only did he win the Gold medal, he was also crowned as the best fighter in this tournament.

Veinii was also awarded with an MFN contract and MMA fans will be able to see him in action very soon. The MMA India Show had the opportunity to chat with Veinii Suffix to talk about his career as an MMA fighter and his progression into the Pro Ranks.

How did you get started in MMA?

“My parents doesn’t allow me to fight they want to to focus on study. There was no martial arts academy at that moment. After my matriculation, I started to train under Kario Issac at Combat Athletics Training Academy at my hometown Senapati Manipur and took part in state and nationals. That was my introduction to MMA.

Tell us about your accolades in MMA?

Tell us your journey from traditional martial arts to MFN contract?

“I used to compete in Boxing, Kickboxing and traditional Naga Wrestling, but after that I started training in MMA and won the gold medal at the AIMMAA x MFN Gold Medal and also a GAMMA World Championship Bronze medal. I was then awarded an MFN contract.

Tell us about the MFN Nationals conducted by AIMMAF in Hyderabad?

“The event was amazing… I have been fighting lots of amateur competitions but this is one of the best amateur tournaments out there. Everyone are so professional and it was a treat competing in it”

Which was your toughest bout there?

“Honestly the toughest challenge was handling the pressure I put on myself to perform well in the biggest Nationals event where about 436 fighters took part from all over India. I was super ready for the bouts that’s why I won the Gold medal & best fighter award.

How did it feel when you were handed over the MFN contact?

“It’s a dream come true for me. MFN is the biggest MMA promotion in the country and I’m so excited to be a part of it.

When I started training in MMA, I was involved in a street fight in my hometown, that’s when someone took out a gun and shot me six times. But with the grace of God and my willingness to compete again, I recovered completely and started fighting in competitions in India and abroad and now I have been awarded with an MFN contract and I will make this opportunity count and eventually become an MFN champion.

You have also been helping Jojo Rajkumari prepare for her fight? How do you think she will fare in her next fight?

Yes, my manager Sir Rupendra Sharma asked me to help her to train for MFN 10. I instantly said Yes to help Jojo as we are under the same management and we are like a team. She is one of the best in the country. We have been focussing both on the ground and striking and I’m so confident that she will dominate her opponent on November 18.

Now that you have been awarded an MFN contract, when can we hope to see you in action?

I am ready to fight whenever MFN offers me a fight. Realistically, I would like to compete at MFN 11

How well do you think you can do in the promotion?

“Physically and mentally I’m prepared. Honestly there are lots of fighters who are better than me…. I’ll keep trying and most important thing is that I don’t start this sport for show or entertainment. I started to be a champ, I want to be a champ.”

While Veinii Suffix is highly motivated to make his professional debut, he doesn’t have an opponent yet. In a statement to MMA India Show, Rupendra Sharma, who manages Veinii stated that his client wants to make his MFN debut at MFN 11 against Arshiyan Memon.

“Veinii is a thinking fighter. He got high fight IQ. With the right team & training, he has the potential to reach the highest level. I Would love to see him fight at MFN 11 against Arshiyan Memon”.