The light heavyweight division has always been the creme de la creme division of the UFC. It has given the fans some of the best fighters to ever grace the sport. It has also given mixed martial arts some of the greatest champions such as Chuck Liddell, Randy Couture, Frank Shamrock, Tito Ortiz, Lyoto Machida, Jon Jones as well as Jones’ greatest rival Daniel Cormier.

The 205-pounds weight class has certainly lived up to all the hype of being the marquee division. Not only has it given the fans great champions and fighters but it has also given them plenty of memorable and unforgettable moments like Machida’s stunning crane-kick KO of Couture and the war between Jones and Alexander Gustafsson.

The current LHW division is a mishmash of old veterans and young up-and-coming prospects. Let’s segregate the wheat from the chaff to analyse and predict which fighter has the ability to do wonders in 2017. 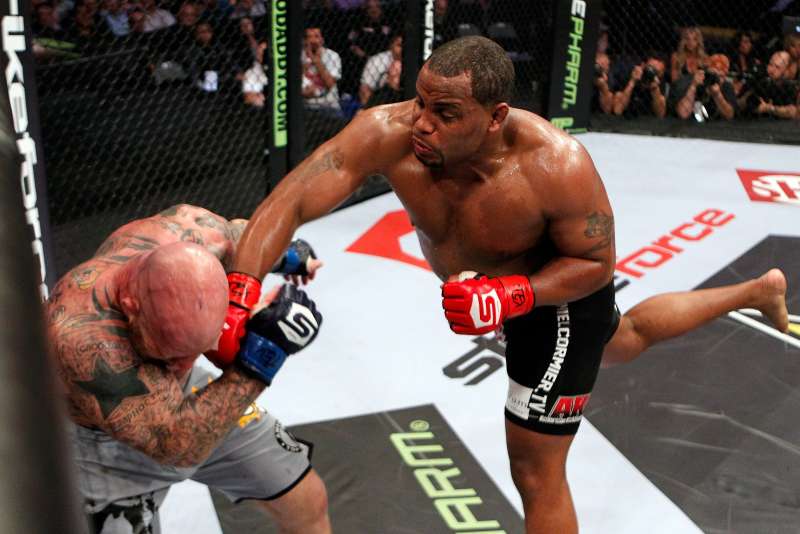 The champion Cormier has an illustrious MMA record of 18-1 with notable victories over Anderson Silva, Anthony Johnson, Alexander Gustafsson, etc. He is a complete mixed martial artist with great boxing, good jiu-jitsu and cardio and an extensive background in wrestling. The strongest aspect of his MMA game is still his wrestling and clinchwork. A two-time Olympian, DC is easily the best wrestler currently in MMA and possesses the ability to take any opponent down on a whim.

A lot of eyebrows were raised when DC got the title shot against Jones. Many critics argued that he hadn’t earned his way to the title shot. On his way to a title shot at UFC 182, he had only defeated Patrick Cummins and an out of prime and undersized Dan Henderson.

The bout between him and Jones at UFC 182 was seen as a money minting matchup between two marquee and undefeated fighters rather than a serious title defence. DC had secured that title shot completely on the basis of his heavyweight record and due to his increasingly infamous enmity with Jones. At UFC 182, the AKA member was schooled by ‘Bones’ in almost every aspect of MMA.

After Jones was stripped of the title, the Olympian defeated slugger ‘Rumble’ Johnson for the title. He then made his first successful title defence against Alexander Gustafsson. Cormier has been a great champion till now, however to be the man you have to beat the man. His title reign has been overshadowed by Jones’ giant shadow. Thus, DC has to beat Jones in order to be considered a true champion.

The former Strikeforce heavyweight champion turned thirty-eight in march, thus age is certainly not on his side. He might just have a few more fights left in him before his prime abandons him. The next two title defences will be the most important one’s of his career as they will determine his legacy in the sport of mixed martial arts. 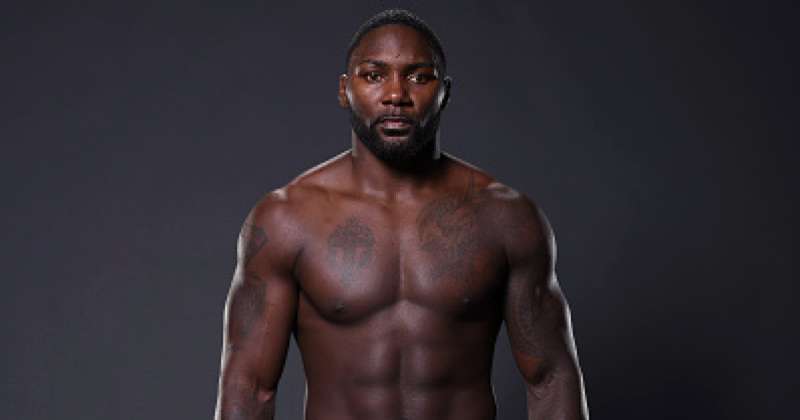 The challenger ‘Rumble’ Johnson has an MMA record of 22-5 with notable knock-out victories over fighters such as Glover Teixeira, Ryan Bader, etc. He is the most fearsome knockout artist MMA has seen since Shane Carwin’s retirement. He is such an incredibly powerful striker that the words “power” and “knockouts” are considered to be synonymous to ‘Rumble’. The Blackzilians member also has the most ‘sub-minute’ knock-out wins in UFC history with five.

In their previous bout, DC had survived the early onslaught by the former NJCAA wrestler and came back to win the fight via submission due to a rear-naked choke. The champion will certainly look to drag the fight to the ground. However, Johnson has a highly underrated takedown defence and might get successful in stopping a few of DC’s takedowns. His uncanny and brutal power makes him a threat to all the light heavyweights.

If he doesn’t get reckless during the fight and also manages to stop the majority of DC’s takedown attempts then a new champion might certainly be crowned at UFC 210. 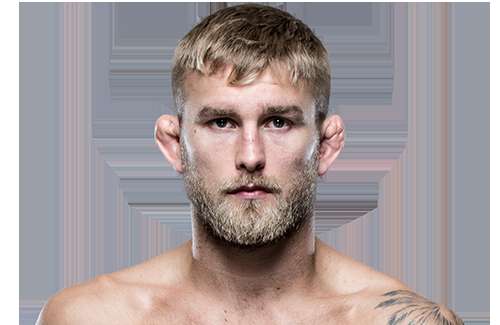 The tall, lanky Swede has an impressive MMA record of 17-4 with notable victories over Mauricio Rua, Matt Hamill and Jimi Manuwa. “The Mauler” is certainly one of the most improved and one of the most complete fighters in the division. A loss to Phil Davis had snapped away his undefeated record as well as highlighted his poor wrestling skills. Gustafsson made a career changing decision after that defeat, he decided to join his victor Davis at Alliance MMA.

Since then Gustafsson’s wrestling ability has become impeccable. He became the first man to ever take Jon Jones down. He also troubled a two-time Olympic wrestler Daniel Cormier with his wrestling skills.

After knocking-out Jimi Manuwa, he had lost twice in succession to ‘Rumble’ and DC. However, “The Viking” has since redeemed himself with a dominant victory over Jan Blachowicz. He is currently scheduled to face BJJ ace Glover Teixeira at UFC Fight Night 109. Thus a victory over the Brazilian veteran might put him back into title contention.

The 205-pounds division is currently short of top contenders. There are only about three serious title contenders thus, someone like Manuwa who is making waves by knocking out fighters with ease might receive a title shot with a mere three fight winning streak.

Manuwa is a fan-favourite English mixed martial artist with an MMA record of 17-2. “Poster Boy” is a KO specialist and fifteen of his seventeen victories have come by way of knockout. He is on a two fight win streak with impressive KO victories over Ovince St-Preux and Corey Anderson. His popularity is growing swiftly and the UFC might decide to give him a title shot soon to cash in on his ticket selling ability. 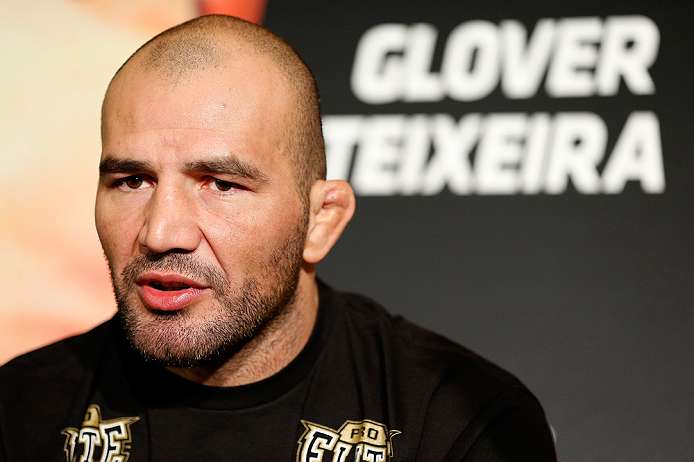 Teixeira is a veteran with an MMA record of 26-5. He also holds multiple notable victories over fighters such as Rashad Evans, Ryan Bader and Quinton Jackson. The Brazilian was expected to give former champion Jones a run for his money in their bout. However, ‘Bones’ dispatched him with ease by registering a comfortable unanimous decision victory. He then lost his next fight to Phil Davis. He then went on a three fight winning streak.

The BJJ ace was a fight away from receiving another title shot. Though, he lost in highly embarrassing fashion to ‘Rumble’ Johnson. The 13 second defeat to ‘Rumble’ squashed his hopes of challenging for the title. Even if he manages to overcome Gustafsson, the Brazilian will still have to win a few more fights before returning in the title picture.

‘Shogun’ Rua is a legend of the sport with an MMA record of 25-10. He is currently riding high on a three fight win streak with notable victories over Corey Anderson and “Little Nog”. Though, the Brazilian is certainly way past his prime.

Rua might be on a win streak but he hasn’t faced and defeated a top contender recently. Thus, he will have to beat a top contender in order to return to title contention.

’Overtime’ is considered by many as the next “big thing”. He seemingly possesses all the attributes needed to be a successful fighter, though Anderson just can’t catch a break. He currently holds a decent MMA record of 9-3 and lost his last fight to the “Poster Boy” via a one-punch coup-de-grace. He has a record of 2-2 in his last four fights inside the octagon. He is currently ranked seventh in the UFC light heavyweight rankings, however he is facing the threat of being left behind in the rankings. His loss to Manuwa has left him miles away from a title shot and the American will have to put on an impressive winning streak to get back into title contention. 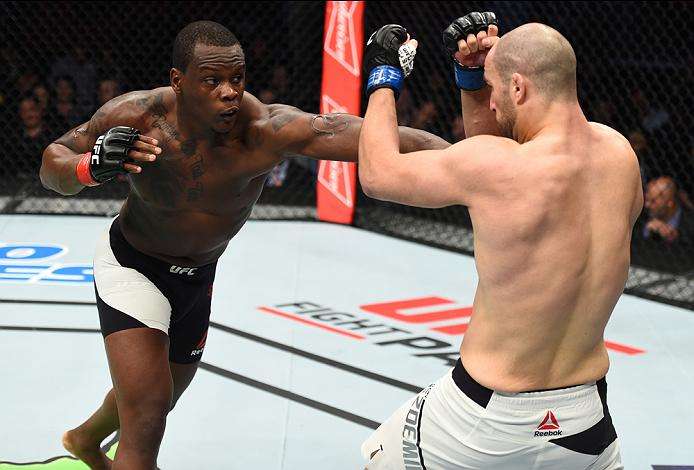 ‘Cousin’ is a 27 year old up-and-coming Swiss fighter. He has an MMA record of 13-1 and has previously competed for fighting promotions such as Bellator MMA and WKN. He put himself on the map by defeating Ovince St-Preux in his octagon debut.

The Swiss is one of the youngest fighters in the division and surely has the skills to make it big inside the octagon. He is certainly a fighter to keep an eye out for in 2017.

Cirkunov has been the dark horse of the division. He is a Latvian-Canadian fighter with a record of 13-2. He has quietly risen up to ninth in the official UFC rankings and defeated Nikita Krylov in his last fight at UFC 206.

He is currently expected to face fellow upcoming prospect Oezdemir at UFC Fight Night 109. Both fighters will be looking to get the victory and continue their rise up to the top. Like the Swiss, Cirkunov too has all the right tools to be a successful light heavyweight in the UFC. He is another fighter to keep an eye out for.