The Most Drug Tested UFC Fighter of 2017 Revealed 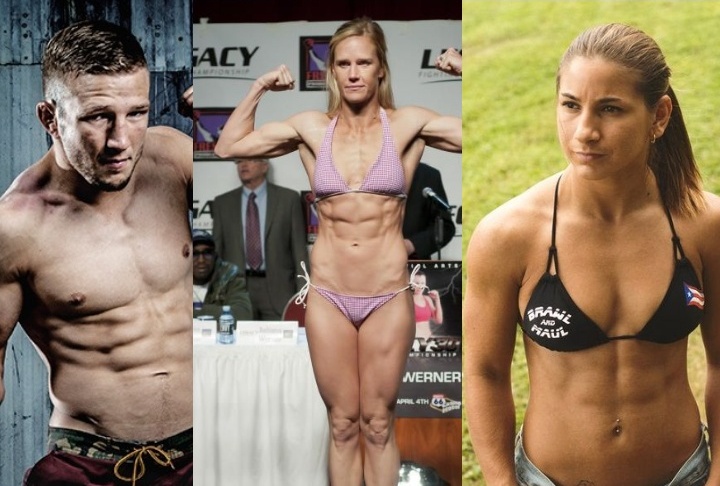 The UFC has made it a point to level the playing field and keep drug abusers off their roster. As such, after years of steroid and TRT abuse of fighters, they brought in USADA. Now, we have the 2017 numbers for the most drug tested fighter on the UFC roster.

Oddly enough, there’s a three way tie for the most drug tested fighter of 2017, and two happen to be women.

Most notably, on the male side of fighting, UFC bantamweight champion T.J. Dillashaw is the most tested man fighting in the UFC today.

All three fighters do kind of fail the “smell test”, as USADA puts it, for their overly ripped and muscular physiques. However, despite their appearances and despite being the most tested fighters of the year, all three tested clean every time. Still though despite these accusations, Dillashaw, the most tested male on the UFC roster, tested clean in 2017.
The two top tested females in Holly Holm and Tecia Torres have had no accusations of being PED users to note.

Previous articleNick Diaz wants to return in fighting, clearing up issues with USADA.
Next articleJon Jones Manager Says Jon Is Getting Ready To Return, Really Soon!