The Rise of the Striking Beauty – Anastasia Yankova 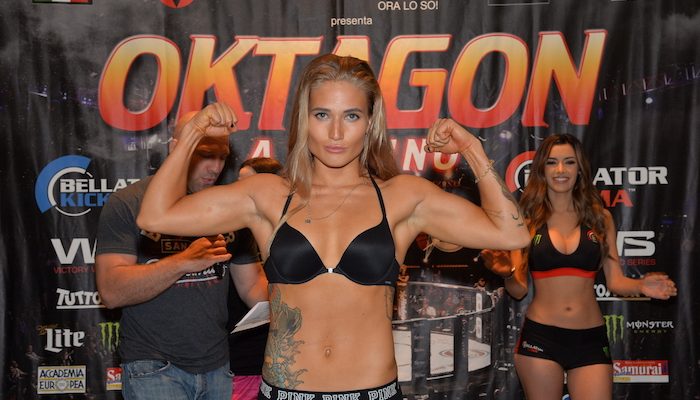 They say ‘Beauty and Brains’ is a dangerous combination. Add to that the art of eight limbs and the combination gets lethal. Anastasia Yankova, the Moscow native is the perfect embodiment of beauty, brains and fighting skills. Easily one of the top five good looking female mixed martial artists today, Anastasia is riding high on the marketing push from Bellator and her growing popularity on social media. Thanks to her good looks and undefeated MMA record, she made a recent appearance in Russia’s Vogue magazine and struck a deal with Nike Russia that has brought her the deserving attention across the MMA world. 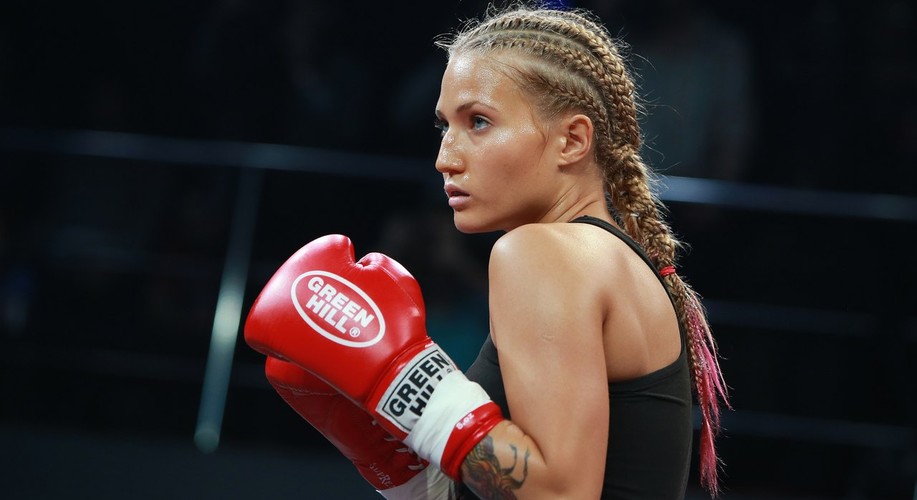 But we’re not here to talk about her looks, media appearances or the attention she has been garnering lately. The 26-year-old made her Bellator return in Torino, Italy on April 8 against an 18-year-old Elina ‘Gunner’ Kallionidou in the co-main event of the evening – A remarkable achievement for a fighter with just three fights under the Bellator-Spike banner.

THE FACE OF WOMEN’S FLYWEIGHT DIVISION

With just two women’s weight classes, Bellator has been making steady progress building up the women’s division. Apart from a few well known fighters including Julia Budd and Colleen Schneider; what Bellator needs is rising stars such as Anastasia Yankova who bring in a lot of media attention from the east and within the states to women’s MMA. Bellator is leaving no stone unturned to promote Anastasia and she understands the responsibility that comes with being the face of the Bellator’s women’s division. If she continues to beat every opponent put in front of her, she could very well be a household name in a couple of years.

Having trained with the likes of Lyoto Machida and Shogun Rua in the past Anastasia now calls AKA Thailand her training home. Under the guidance of head coach Mike Swick, her striking game has seen considerable improvement. With a solid background in Muay Thai & Kickboxing, Anastasia doesn’t shy away from standing and banging with her opponents. Not a single take down attempt was made in her fight against Veta Arteaga and the entire three rounds saw her trading shots. Despite having been rocked a couple of times, Anastasia came back to win a split decision win. It was the most competitive MMA fight of her career and if she wants to crack tough nuts like Ilima-lei Macfarlane and Rebecca Ruth, she ought to double up her striking game.

With her extensive striking background and confidence in trading shots, Anastasia wants to prove that even her ground game is as sound as her stand up. Her three wins against Eleonora, Chommanee and Anjela Pink have come by the way of submission. She has proven that she can take any flyweight to the ground and defend against their takedowns and gaining more fight experience inside the cage, her submissions will only get better.

TO CATCH WEIGHT OR NOT TO CATCHWEIGHT

Even though Anastasia belongs to the flyweight division, the matchup against Elina had been agreed upon as a 130 lbs catchweight. Earlier she had difficulty making the 125 lbs mark and her clash with Veta Arteaga was fought in the catchweight, where she had considerable size advantage. Anastasia seems to have trouble either in cutting weight or managing a clean diet during her fight camp. Whatever be the reason, having two of your fights consecutivally outside of the weight division raises red flags. If she really wants to climb the ladder and fight for that yet to be introduced title belt, then she needs to take a more serious approach and compete against flyweight competitors.

Having gained valuable experience from her previous bout against Artega, Anastasia came into the fight well prepared for a full fifteen minutes. Though at times she was reckless in her striking, she continued to push the pace and back her opponents to the cage. Her cardio continues to impress us and the level of punishment she can take is praise worthy. By defeating a worthy opponent in Elina, she improved her record to a clean 5-0, though it was not an easy fight.

With this win, Anastasia can look forward to more challenging fights with either Ilima-lei Macfarlane or Rebecca Ruth as her next opponent.

Previous articleUFC 210: The night of goodbyes, upsets and controversies.
Next articleFCC 14 FIGHT RESULTS