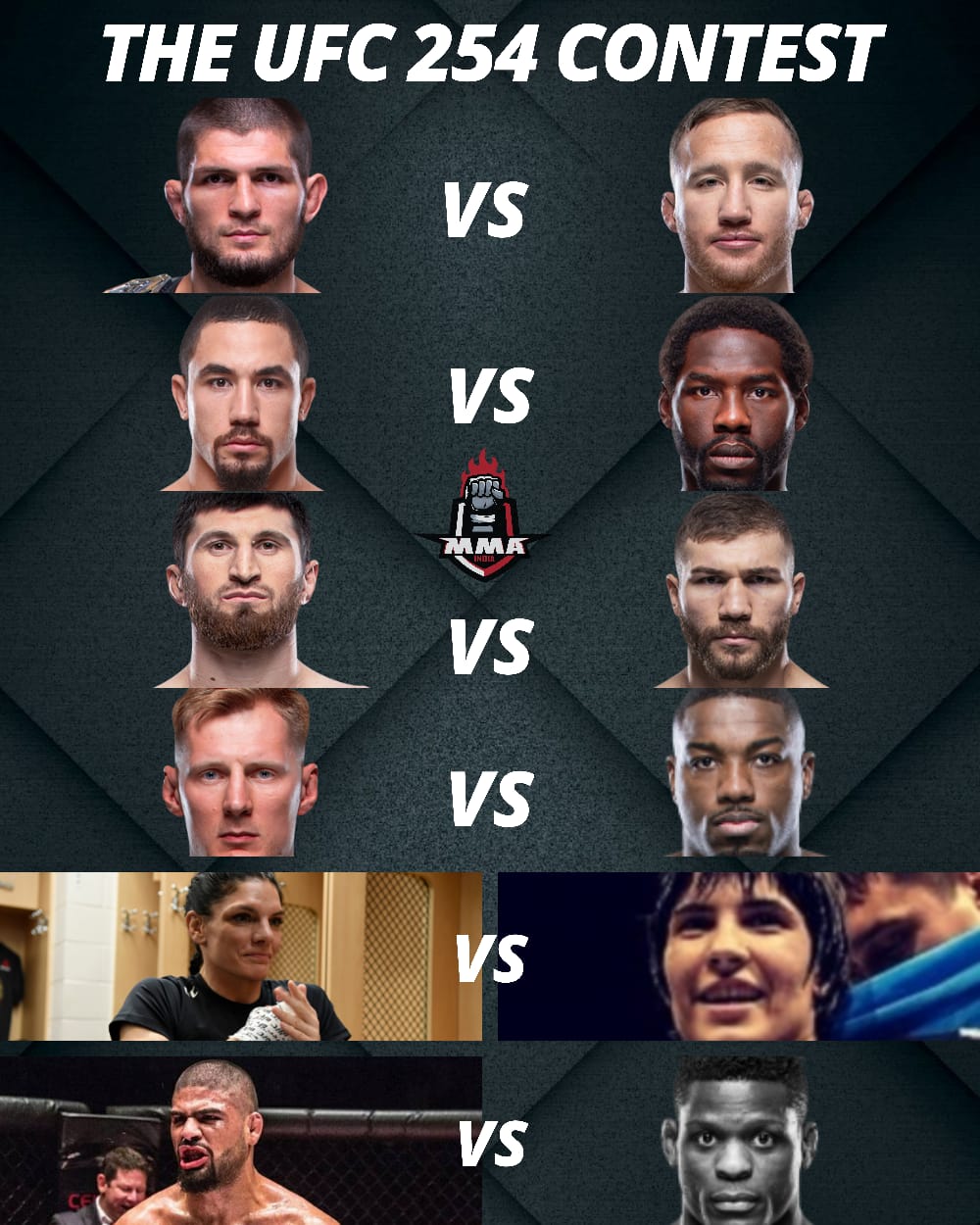 Get ready for ‘The UFC 254 Contest’ held by MMAIndia.com

Predict all the winners of the UFC 254 main card and drop your guess in the comments section of our website MMAIndia.com and get a chance to win ‘awesome prizes’

There has been a lot of talk and speculation about Khabib Nurmagomedov’s next fight after Justin Gaethje. Assuming that he defeats the interim Lightweight Champion, Nurmagomedov will be 29-0 and just one win away from perhaps the most perfect record in UFC history.

Khabib Nurmagomedov has made it known that he has no interest in fighting Conor McGregor, but UFC has made it abundantly clear that they want to book the rematch of one of the biggest fights in MMA history.

Nurmagomedov’s head coach in AKA Javier Mendez appeared on Just Scrap Radio on BJPENN.com and stated that he wouldn’t be surprised if a Conor McGregor rematch was Khabib Nurmagomedov’s 30th fight:

“I wouldn’t be surprised if that would happen next. The UFC is a business and if they are going to have Khabib Nurmagomedov and they are thinking he is only going to have one more, wouldn’t it make the most sense to get the most money out of it? What’s the biggest money fight? There are two fights that are huge monster money fights and that is GSP and Conor,” Mendez said. “What order? I don’t know. Could it be a GSP surpass a Khabib Nurmagomedov-Conor 2, possibly? Let’s say GSP doesn’t work out, then more likely the UFC would want the Conor rematch. I don’t know if Khabib wants that but the UFC would want it”

“For me, if he gets someone like a GSP in the end I would call Khabib Nurmagomedov the GOAT,” he said. “Let’s see what happens but I am biased of course.”

Who should Khabib Nurmagomedov face if he defeats Justin Gaethje?

Ultimately, there are only two dream opponents realistically left for Khabib Nurmagomedov. The first is Tony Ferguson, who he was booked to face five times and it was canceled on all five occasions due to various circumstances.

The second, which is Nurmagomedov’s preferred fight, is Georges St-Pierre. GSP’s coach Firass Zahabi admitted that there is a big chance of the former Welterweight and Middleweight Champion returning to fight only Khabib Nurmagomedov.

The GSP fight is perhaps a bigger money fight and would do more to Nurmagomedov’s legacy. However, a bout with Tony Ferguson is still something that fans hope to see.

Do you think we will see Nurmagomedov vs. McGregor 2 after UFC 254?

Previous articleIndian Wrestling Icon Ritu Phogat Will Compete At ONE: INSIDE THE MATRIX
Next articleTony responds to Khabib’s claim that “he(Tony) won’t be same again” after being defeated by Gaethje