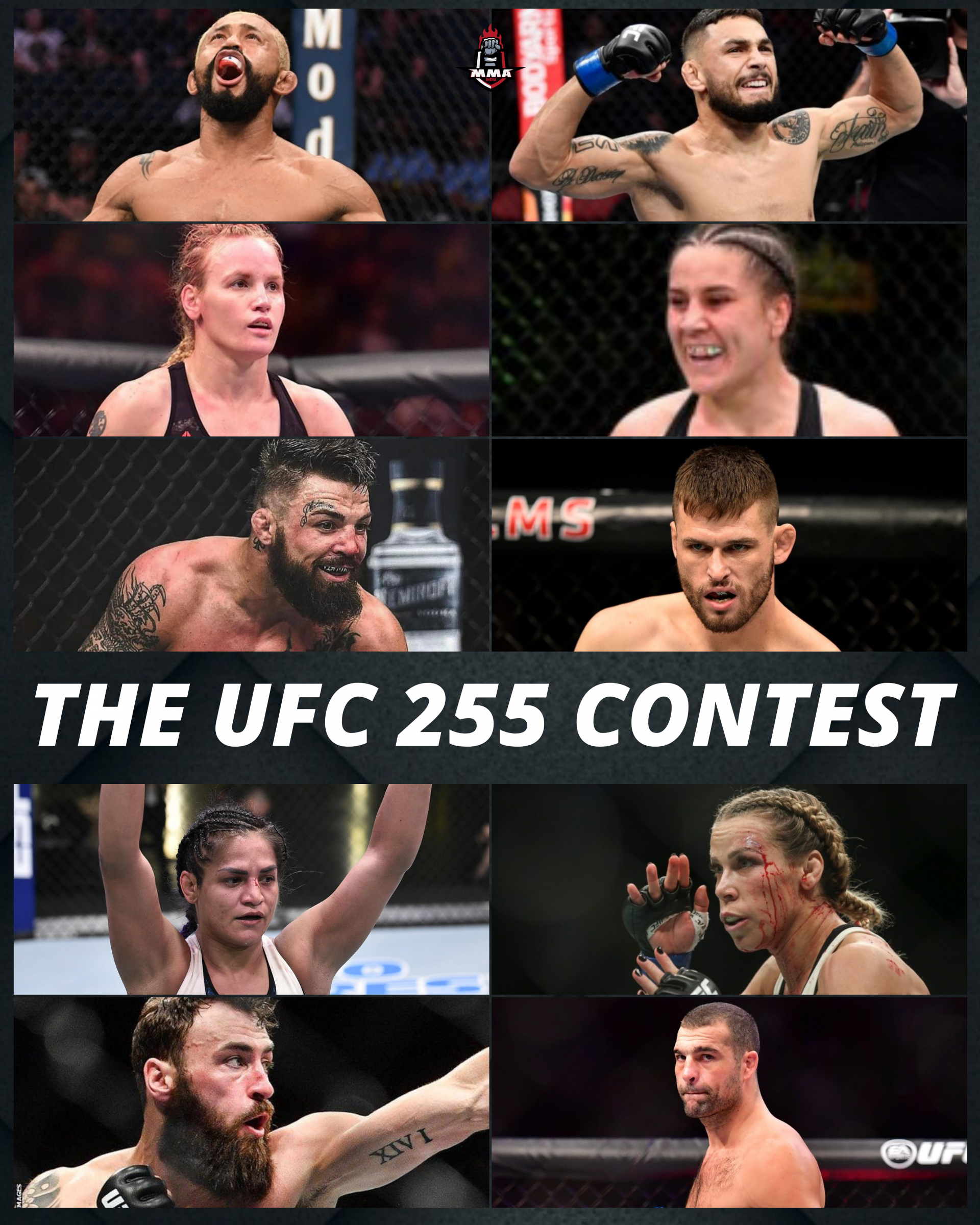 Get ready for ‘The UFC 255 Contest’ held by MMAIndia.com

Predict all the winners of the UFC 255 main card and drop your guess in the comments section of our website MMAIndia.com and get a chance to win ‘awesome prizes’

READ MORE : Valentina and Antonina Shevchenko are set to become the first pair of sisters to fight at same card at UFC 255

Valentina and Antonina Shevchenko are ready to become the first pair of sisters who will be fighting alongside each other in the same card at UFC 255. 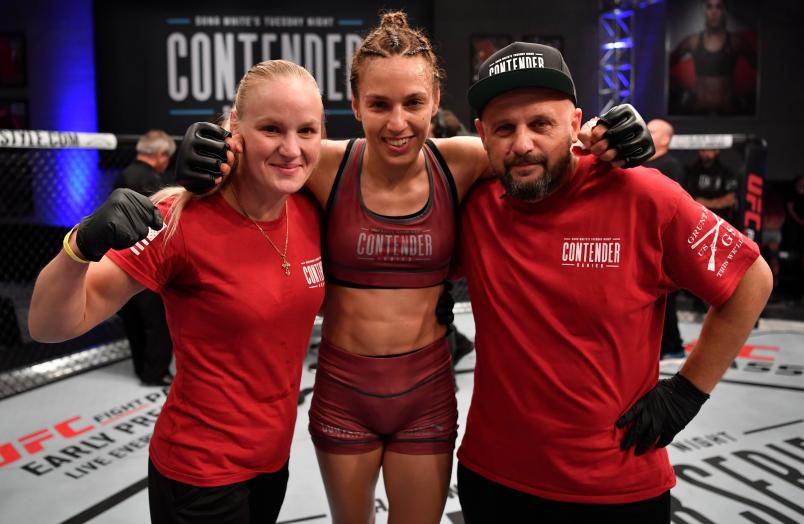 Valentina (19-3 MMA, 8-2 UFC) will defend her title against Jennifer Maia on Nov. 21 in the co-main event of UFC 255 in Las Vegas. This will be Shevchenko’s fourth title defense and the first time she competes on the same UFC card as her sister, fellow UFC flyweight Antonina.

Antonina (8-2 MMA, 2-2 UFC) discussed her flyweight matchup with Ariana Lipski (13-5 MMA, 2-2 UFC), making history by sharing the card with her sister Valentina, her hopes to prove herself after an up and down UFC run and much more

Shevchenko is excited to make history as they will become the first sisters to fight at the same UFC event and also at the same time want to win their respective bouts in a dominant fashion. Valentina, who is the champion of the 125-pound division and is one of the protagonists of the co-main event, will witness her sister Antonina go up against Ariane Lipski earlier in the preliminary card.

Antonina, 35, is the elder Shevchenko but there’s only a three years gap between them. The pair entered the fighting circuit together, and although this would be the first time that they will walk through the same tunnel in UFC, the two have apparently shared the fight space in their Muay Thai days. 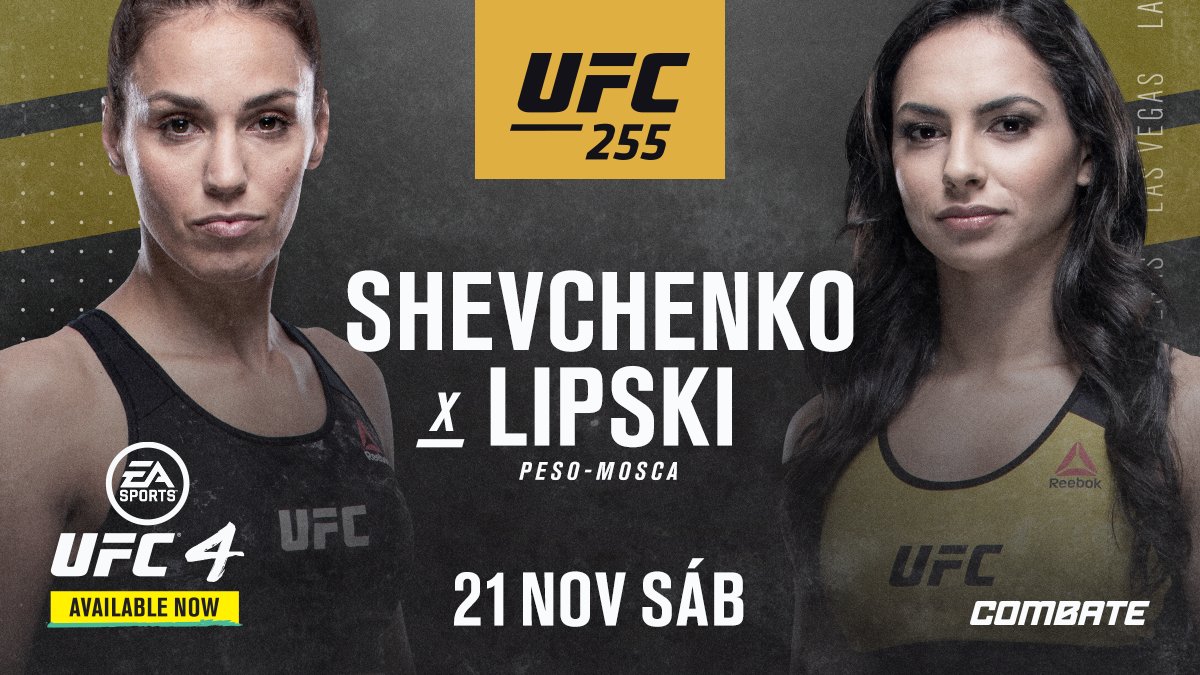 Shevchenko talks about fighting on the same card

“This card is more special than others because, for the first time in the history of the UFC, two sisters are going to fight on the same card,” Shevchenko said in Spanish on Hablemos MMA. “But it’s not only sisters but also brothers. Yes, there has been in the UFC brothers that fight in different weight classes and different events, but on the same event, and same (weight class) there hasn’t been. This would be the first time.”

Valentina last fought in February when she stopped Katlyn Chookagian at UFC 247. She’s coming off a knee injury that postponed her return to the cage from June to November.

Shevchenko misses sharing an event with Antonina, as she feels it’s a much better function logistically speaking.

“We always do the training camps together anyway, and we train together, helping each other out,” Shevchenko explained. “Now having this opportunity to fight on the same event, we’re also going to have the same opportunity to rest together.

“And most importantly, our trainer, master Pavel Fedotov, he’s going to get more of a break because he’s always training Antonina. She fights, and then he has to prepare me, and then I fight and back to Antonina, so yeah. We always have a rest, but he’s always working non-stop, so this will be better for him too.”