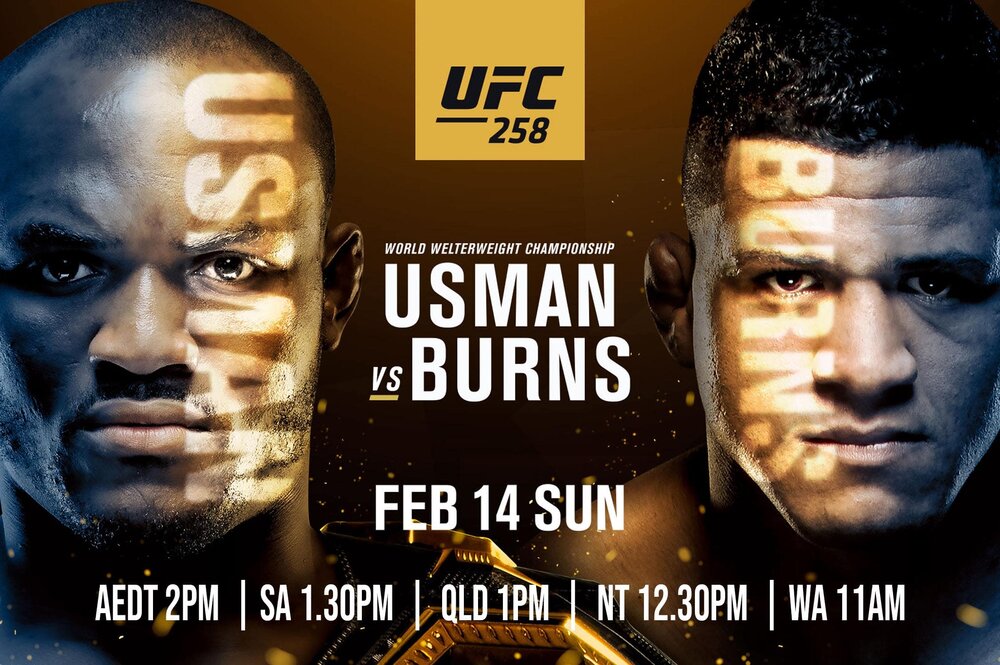 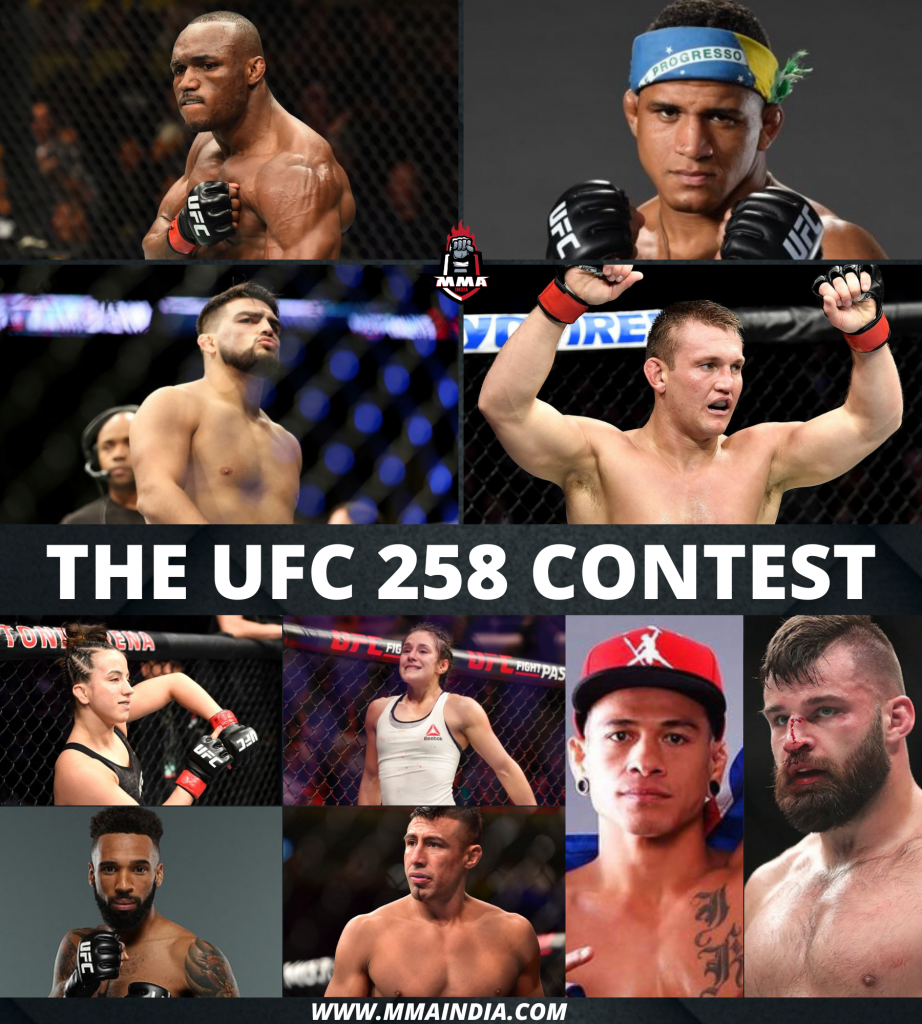 Get ready for ‘The UFC 258 Contest’ held by MMAIndia.com

Predict all the winners of the UFC 258 main card and drop your guess in the comments section of our website MMAIndia.com and get a chance to win ‘awesome prizes’

The anticipation surrounding UFC 258 is starting to build. Two old foes, Gilbert Burns and Kamaru Usman, are due to trade blows with the latter’s welterweight title on the line in the co-main event at the UFC Apex in Las Vegas. The pair were once teammates and have reportedly sparred over 200 times, adding an extra bit of spice to the February 13th card.

The defending champion is the heavy favourite in the odds on Usman vs Burns market. However, that hasn’t knocked the confidence of the Brazilian challenger. In fact, Burns is oozing self-assurance ahead of fight night, even making a rather bold statement.

“I see a finish,” ‘Durinho’ told popular American tabloid TMZ in the recent build-up to the fight. “I just can see a finish. I’m very dangerous. I got good weapons. I’m making sure everything is getting sharp. The last two weeks until the day of the fight I’m going to make sure everything is in control. Everything that I can control I will control.

“I’m going to sharpen every single tool that I have, and I believe I will be the one that will finish Kamaru on February 13. I don’t know (when), but inside the three or four rounds I think will be able to get a finish.”

Finishing the ‘Nigerian Nightmare’ is going to be no easy feat for Burns. None of Usman’s 18 professional challengers to date have even successfully managed to knock the 33-year-old to the mat, let alone finish him via a KO or TKO, and even for a submission artist like Burns, getting Usman to tap out will be a tough task.

Only Jose Caceres has forced the Nigerian into submission, and you have to go back to Usman’s second professional fight at CFA 11 in 2013 to find that slight blemish on his almost perfect record.

Usman has won an impressive 16 fights on the spin, breaking his way into the UFC and winning the welterweight title from the grasp of Tyron Woodley, and defending it twice against the fierce opposition of Colby Covington and Jorge Masvidal.

Of course, whilst this will arguably be Burns’ toughest bout to date, he has every right to be confident of causing an upset in just around a fortnight’s time. Since his defeat to Dan Hooker at UFC 226 in 2018, the Brazilian has put together a respectable run of six victories on the trot, which is not to be sniffed at.

In that time, he has also pulled a few surprises out of his locker. On his return to the welterweight division at UFC Fight Night 156, after almost five years at lightweight, he defeated Alexey Kunchenko via decision, ending the Russian’s 20-fight unbeaten streak, whilst most recently he upset the odds by beating Woodley at UFC on ESPN 9.

Suggesting that he is going to win on February 13th via a finish is probably a bit of a farfetched prediction by Burns but given both men’s recent history of going the distance, there’s every chance that the Brazilian can nab a win on the scorecards. In a sport like mixed martial arts, you just never know!