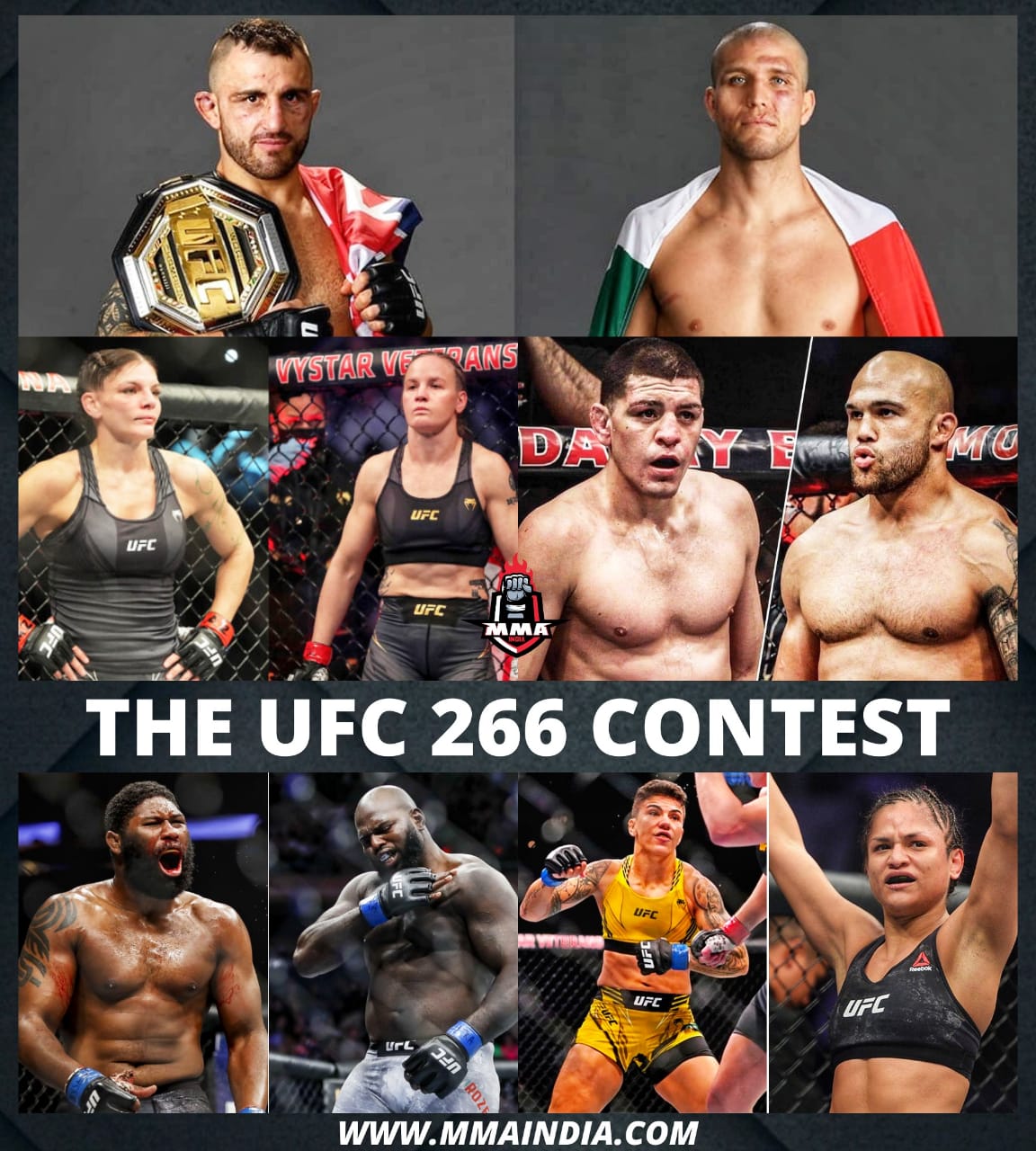 Get ready for ‘The UFC 266 Contest’ held by MMAIndia.com

Predict all the winners of the UFC 266 main card and drop your guess in the comments section of our website MMAIndia.com and get a chance to win ‘awesome prizes’

The contest will end on 25th September 2021 Saturday 12PM

One of the UFC’s biggest stars Nick Diaz is unsure of why he is coming back to fight and states that is he doesn’t understand why he is rematching Robbie Lawler after already defeating him 17 years ago. Nick Diaz is returning to the octagon at UFC 266 and is rematching Robbie Lawler who he already has a win over. The duo fought way back at UFC 47 where Nick knocked out Robbie in the second round of the fight. Now he is set to return to the octagon after five years. The last time he fought was against Anderson Silva at UFC 183. 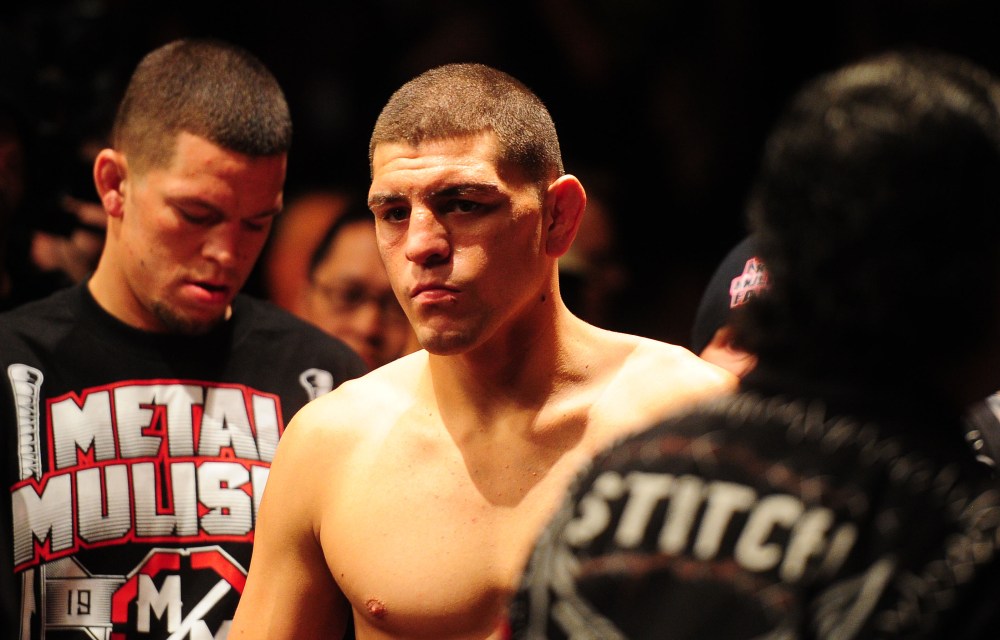 Nate Diaz feels he should have been fighting someone else like the current welterweight champion Kamaru Usman.

Nick Diaz also made some bold comments stating that he would beat the sh*t out off Kamaru Usman. He also said that he feels like he has a better chance of beating Usman than Lawler.

Nick Diaz reveals why he came back to the UFC 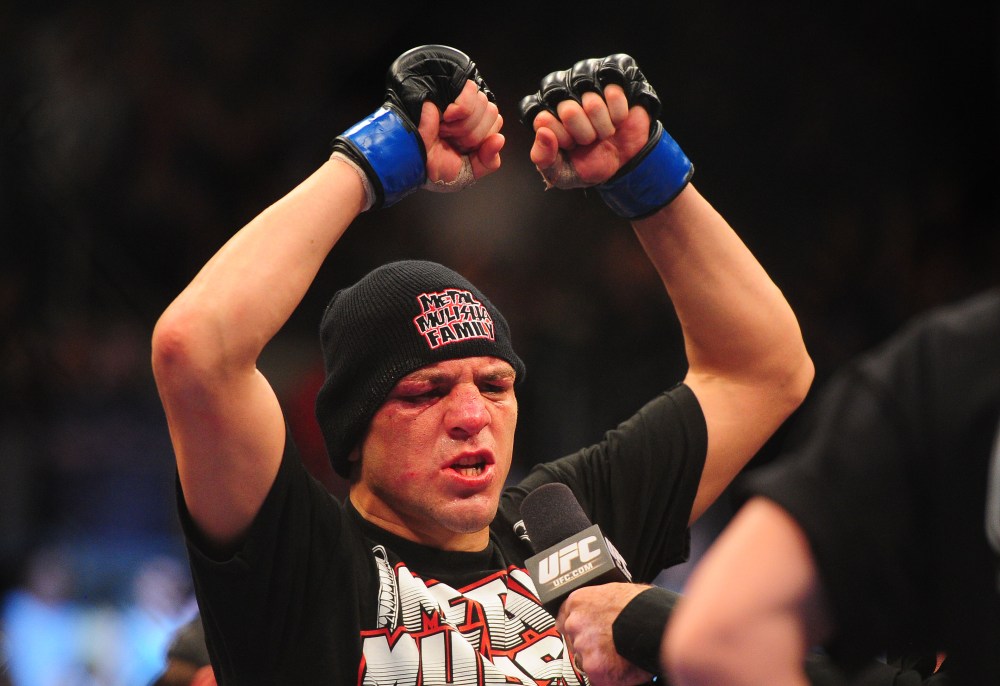 Nick Diaz is one of those fighters who don’t enjoy the attention the sports bring. He doesn’t like doing these interviews and answering all the questions which he feels are dumb. When he was asked why he came back to the fight game to which he replied by saying he had to come back as he had no other option. He stated that the people around him won’t let him get away from fighting.

“All the people around me and all the money and the sponsors, they won’t let me get away from fighting,” Diaz said. “There’s things I could do, but that’s not gonna work out. I might as well just go and take my punches. … I don’t want to look back and say, ‘Why did I not just do it?’ I don’t feel great. I feel great to fight. I don’t feel great about everything (else). If I don’t do this, I don’t know how I’m going to feel about myself ” Nick Diaz said.