The Ultimate Fighter 25 Redemption: What to Look For

UFC’s ‘International Fight Week’ is just days ahead and promises to make your weekend exciting with two back to back events – The Ultimate Fighter 25 and UFC 213 both taking place at T-Mobile Arena in Las Vegas.  It’s the UFC’s annual summer event that not only includes fight events but also fan engaging activities. This year MMA fans get to attend the live taping of FOX Sports 1 TUF Talk, Women of UFC panel discussion, UFC legends panel, UFC Hall of Fame induction ceremony, autograph session, UFC fan experience, open workouts and the official UFC 213 after-party.

So, let’s dive in and take a first-hand look at the first card of the Fight Week: The Ultimate Fighter 25 Finale 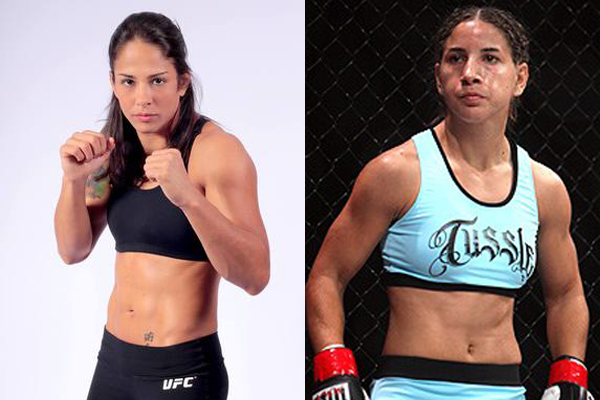 Juliana Lima was scheduled to face an upcoming Amanda Ribas who was making her UFC debut, but had to be pulled off the fight card for potential anti-doping violation. This only makes matter worse for her as her strawweight debut could be delayed for a longer period. Stepping in on a short notice is Tecia ‘The Tiny Tornado’ Torres who is coming off a unanimous win over Bec Rawlings. Both Lima and Torres will be opening the event and the fight will not go unnoticed as Tecia brings in a lot of attention whenever she competes. This is a step up for Lima who, if manages to get a win over Torres will get a big boost for her career. A win for Tecia will only solidify her contender ship for the Strawweight Title belt against the current champ Joanna. 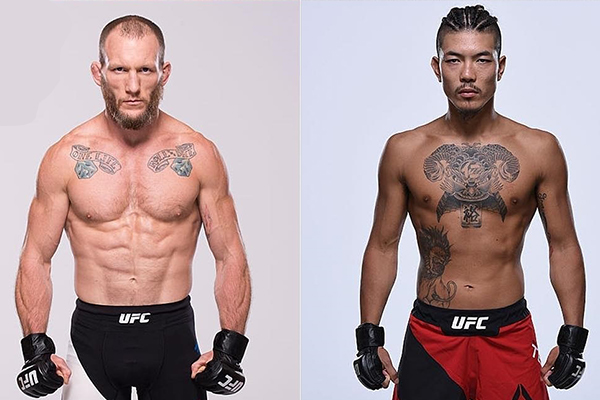 The veteran Gray Maynard will be making his third consecutive appearance on a TUF Finale card against the Japanese sensation Teruto Ishihara. Maynard won his fight at TUF 23 Finale against Fernando Bruno but lost to Ryan Hall at TUF 24 Finale. Since his KO loss to Frankie Edgar in 2012, Maynard has won only two of his seven fights; with four losses in a row from 2013 to 2015. Ishihara is also coming off a loss from against Artem Lobov in Nov 2016 but a win over the long time UFC veteran can build up his resume. At 37, with his form dwindling the question arises for Maynard whether can he continue to compete against young bloods like Ishihara or is it time for him to hang up the gloves? 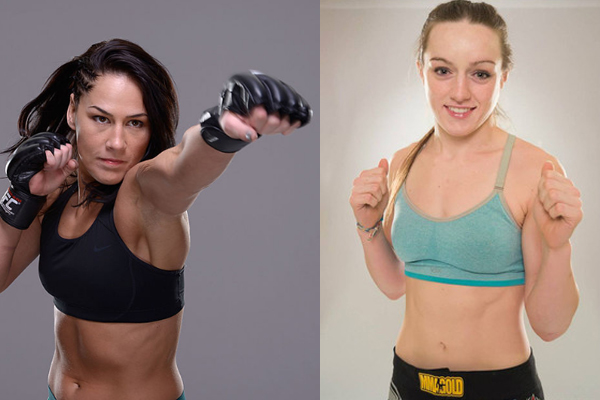 It’s a do or die situation for Jessica Eye who is on a four-fight losing streak all of them decisions. Jessica was once touted as a the one to watch out for in the women’s flyweight division, but a series of losses at bantamweight have put her in a job saving match against a newcomer. Aspen Ladd had an impressive run in Invicta either by submission victories or technically knocking out her opponents. The 22-year-old California native makes her UFC debut against the much-experienced fighter. A long-time training partner of the current heavyweight champion Stipe Miocic, Eye does have all the skills to be a top prospect in the bantamweight division. With a win over Aspen Ladd, Eye wants to target the newly formed 125lbs women’s division where she can get back to her winning days. 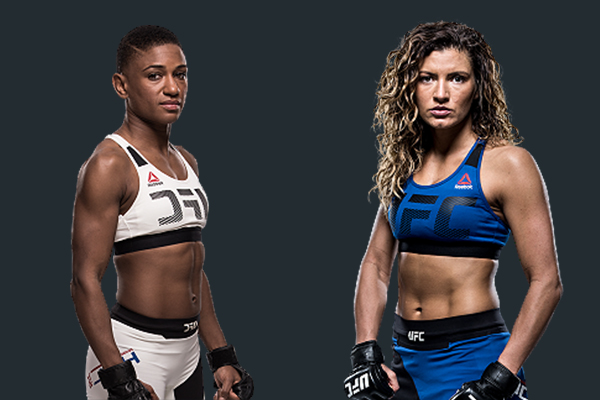 Angela Hill will be aiming for an overkill in her second run in the UFC against the submission specialist Ashley Yoder. Hill made her UFC return at UFC FN 104 after winning four consecutive fights in the Invicta FC. Her performance against Jessica Andrade earned her the Fight of the Night performance. Ashley Yoder might not have faced any top competition like Hill, but has impressed everyone with her submission victories. This fight is going to be the one to watch out for on the prelims card as Hill promises to go for the blood and make her opponent’s night a messy one. 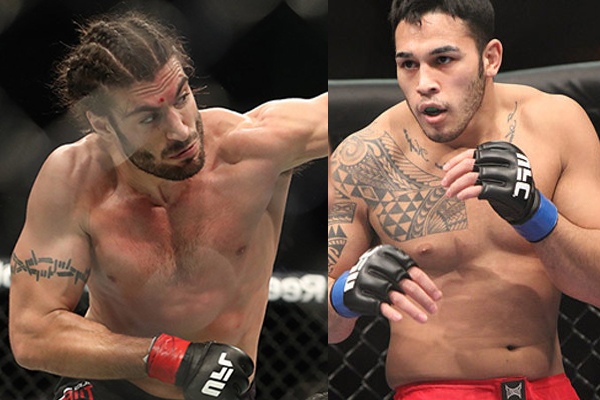 Hawaiian middleweight Brad Tavares will be looking to get a win against the #15 prospect Elias ‘The Spartan’ Theodorou on the main card; a step up from his previous prelim card appearance. With a win over Elias, Brad could break into the top 15 spot this year. The Spartan has won four of his last five fights against names such as Sam Alvey, Bruno Santos and Cezar Ferreira. For Brad outworking Elias would be a tough challenge and could put him in the UFC’s Middleweight rankings. 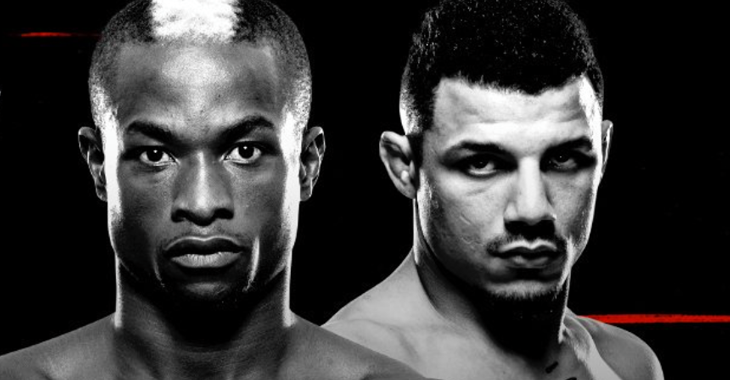 Two undefeated lightweight prospects are set to collide this weekend, with either of their undefeated streaks coming to an end. Marc is coming off a spectacular 30 sec KO win against Teemu Packalen at UFC FN 107 while Drakkar Klose had won his debut via decision. Marc is a former BAMMA champion and Klose a former RITC champ was a four-time state qualifier and 2005 Division 3 state champion. It’s the perfect striker vs. grappler matchup which can go either way. Both the fighters are athletic and explosive. Marc will be looking to get another quick win and add four wins in a row whereas the gritty wrestler Klose plans to grind the former BAMMA champion. 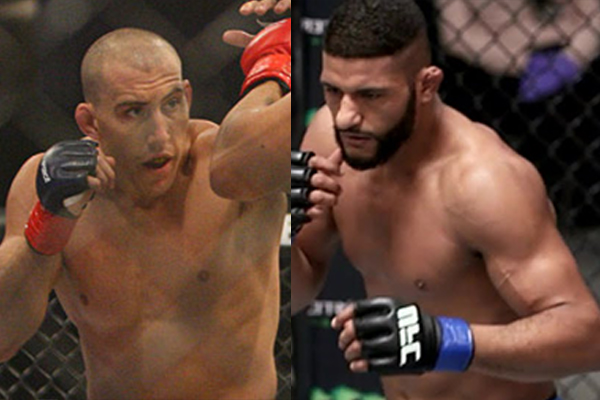 The two TUF finalists meet inside the octagon to seek redemption, win that $250K and a contract with the UFC. In his previous attempt at the TUF, Jesse defeated the now famous nutritionist Mike Dolce but failed to secure a spot due to his misbehaviour. Lima will be looking to make a return to the UFC for the second time since his stint back in 2015. his previous run was short lived as he lost three of his four fights via knockouts in the first round. It’s interesting to note that outside UFC both the fighters have lost their previous professional bouts. 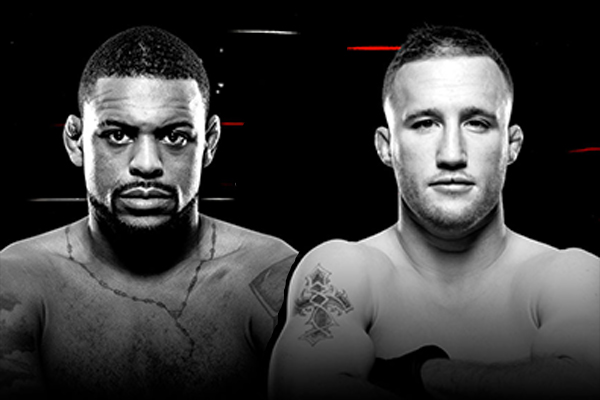 Michael Johnson welcomes the undefeated and former WSOF lightweight champion Justin Gaethje to UFC with his ongoing mind games and looks to spoil the former champs’ debut. From the day this fight was announced, Micahel Johnson began trash talking Justin by calling him a C-league fighter. Justin who has been on a 17-fight win streak took the inaugural WSOF lightweight belt and defended it five times predicts the experienced Johnson is going to wilt under his relentless pressure. A quick look at both their records and you get to witness a stark difference – despite being a much more experienced fighter Michael has a 17-11-0 record and Justin brings in a perfect 17-0-0 record. This main event fight is going to be an all-out war between the two lightweight prospects.