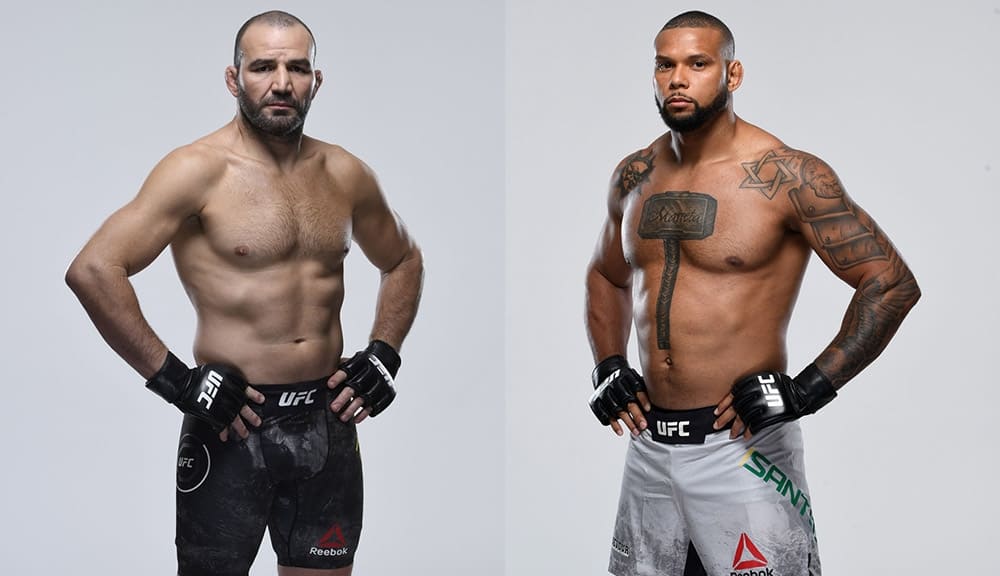 October 3rd was to be the date that Thiago Santos was to return the UFC octagon. Sadly now that return will be pushed back as Thiago Santos has tested positive for the Coronavirus. 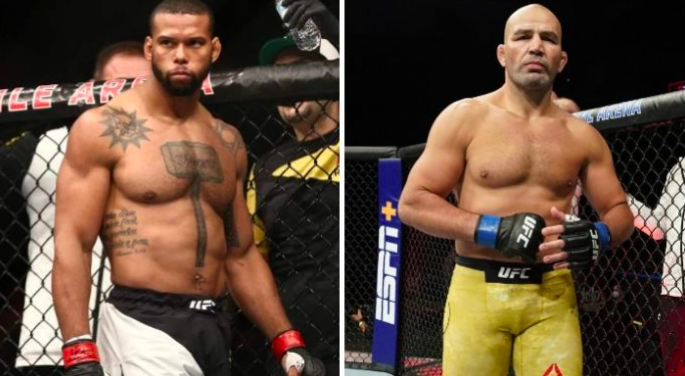 A UFC light heavyweight contenders bout between Thiago Santos and Glover Teixeira has once again been rocked by COVID-19.

Thiago Marreta is out of the fight against Glover Teixeira, scheduled for the UFC on October 3rd, in Las Vegas (USA). The carioca, who would step into the octagon for the first time in the year, tested positive for Covid-19.

The matchup, rescheduled from Sept. 12 due to a COVID-19 positive from Teixeira, has been canceled again after Santos tested positive for the virus and was ruled out of the new date on Oct. 3. MMA Fighting confirmed the news with people with knowledge of the situation following an initial report by Combate.

It is not yet known if the promotion will seek a replacement opponent for Teixeira.

Santos vs Teixeira: Cancelled for second time in a row

After being booked as the headliner for a UFC Vegas 10 this past Saturday in Las Vegas, Santos and Teixeira were set to act as the co-main event of an Oct. 3 show in Abu Dhabi headlined by bantamweights Holly Holm and Irene Aldana. The winner of the Santos-Teixeira fight was potentially next in line for a title shot against either Dominick Reyes and Jan Blachowicz. Reyes and Blachowicz fight at UFC 253 for the light heavyweight championship left vacant by Jon Jones.

Santos and Teixeira are ranked second and fourth, respectively, among 205-pound contenders. The winner of their fight would have been a prime candidate to earn the first shot at either Dominick Reyes or Jan Blachowicz, who will fight for the light heavyweight title at UFC 253.

It’s unclear whether the UFC plans to reschedule the bout again or seek a replacement opponent for the 40-year-old Teixeira, who’s riding a four-fight win streak.

Santos hasn’t fought since a July 2019 loss to Jon Jones in a bout for the 205-pound title. He was the first in UFC history to take a scorecard from “Bones,” in the split-decision loss but required double knee surgery afterwards and has yet to make his return.

Teixeira, meanwhile, is riding a strong wave of four consecutive wins. He beat Anthony Smith at UFC on ESPN+ 29 in May to enter back into the title conversation after losing his first chance to Jones in 2013.

As of right now, it’s not known if the card, headlined by Holly Holm and Irene Aldana, will get a new co-main event, or a new opponent for the 40-year-old Connecticut native.

Previous articleHenry Cejudo has some respect for Sean O’Malley: ‘I actually like the kid’
Next articlePaige Vanzant to make her BKFC debut in November