UFC is targeting a light-heavyweight matchup between Thiago Santos and Magomed Ankalaev as the main event of the UFC card which is supposed to take place on 12th March 2022. UFC Fight Night on March 12 does not have an announced location or venue. The broadcast plans for the event are also not out yet. The matchup was first reported by ESPN. UFC hasn’t made any confirmation for the event yet. The winner of this fight might get a crack at the top of the division. 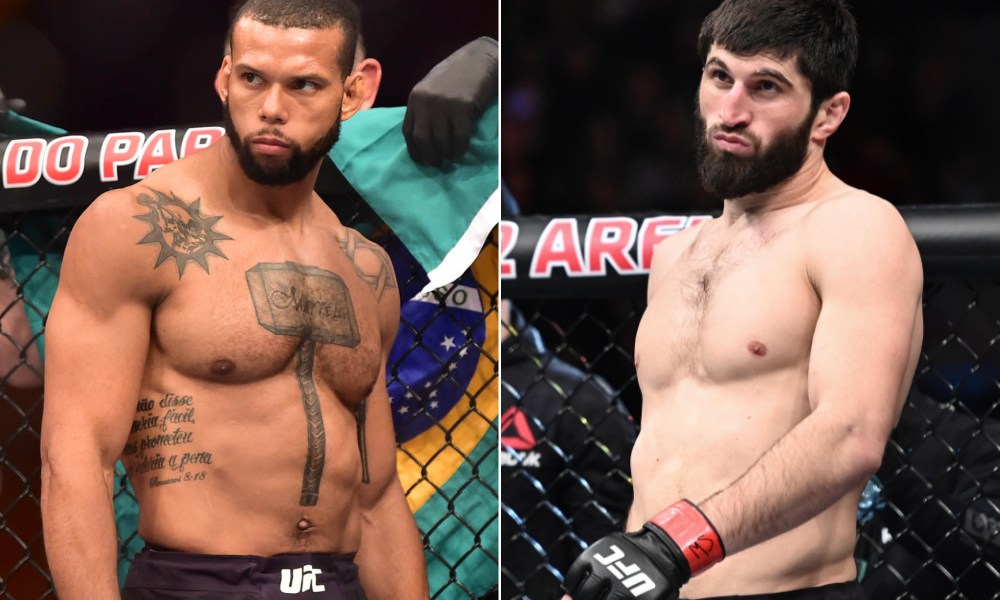 Alright … Magomed Ankalaev (@AnkalaevM) has looked like the real deal as of late. We’ll know for sure after this one. Ankalaev vs. Thiago Santos (@TMarretaMMA) is in the works to headline a UFC Fight Night on March 12, per sources. pic.twitter.com/iFz7ZNYEGO

“Alright … Magomed Ankalaev (@AnkalaevM) has looked like the real deal as of late. We’ll know for sure after this one. Ankalaev vs. Thiago Santos (@TMarretaMMA) is in the works to headline a UFC Fight Night on March 12, per sources.”

Thiago Santos has faced a huge downfall in his light-heavyweight career in recent times. He went from fighting for the title against former champion Jon Jones to losing three consecutive fights. His fight with Jon Jones was a very close decision loss as he lost the fight via split decision. Before his title fight against Jones, Santos was fighting in the lower weight classes and then he decided to move up the light-heavyweight division. In his first phase in the light-heavyweight division, he stacked up wins over guys like Jan Blachowicz, Jimi Manuwa, and Eryk Anders.

He then faced Jon Jones in a title fight. The fight was a back and forth war as both the fighters pushed each other to their limits but it was Jon Jones’s experience that came into the play and he used his long reach to land shots and also keep Thiago Santos at distance. Thiago Santos also injured his knee badly in the early round but kept fighting till the end. 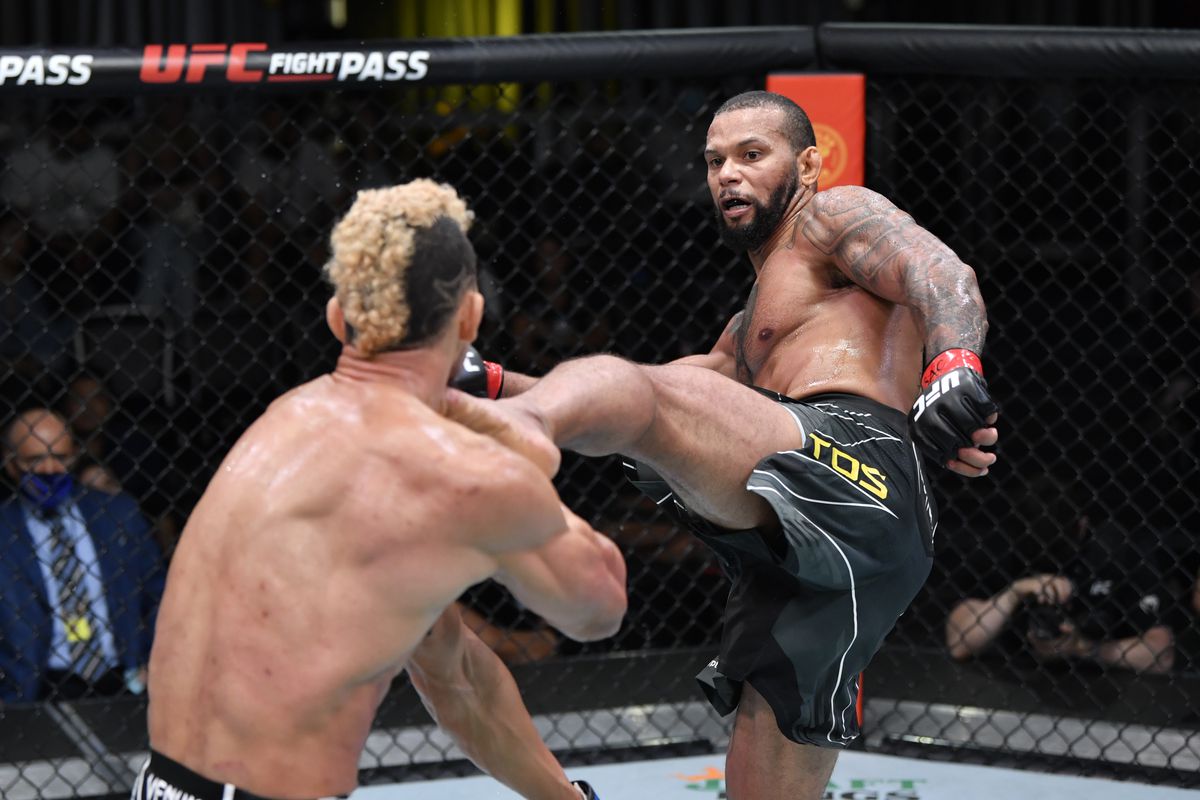 Thiago Santos after losing that fight to Jon Jones went to lose two more fights against Glover Teixeira and Aleksander Rakic. In his last fight, he fought Johnny Walker on October 2, 2021, at UFC Fight Night 193. Santos won the fight via unanimous decision. 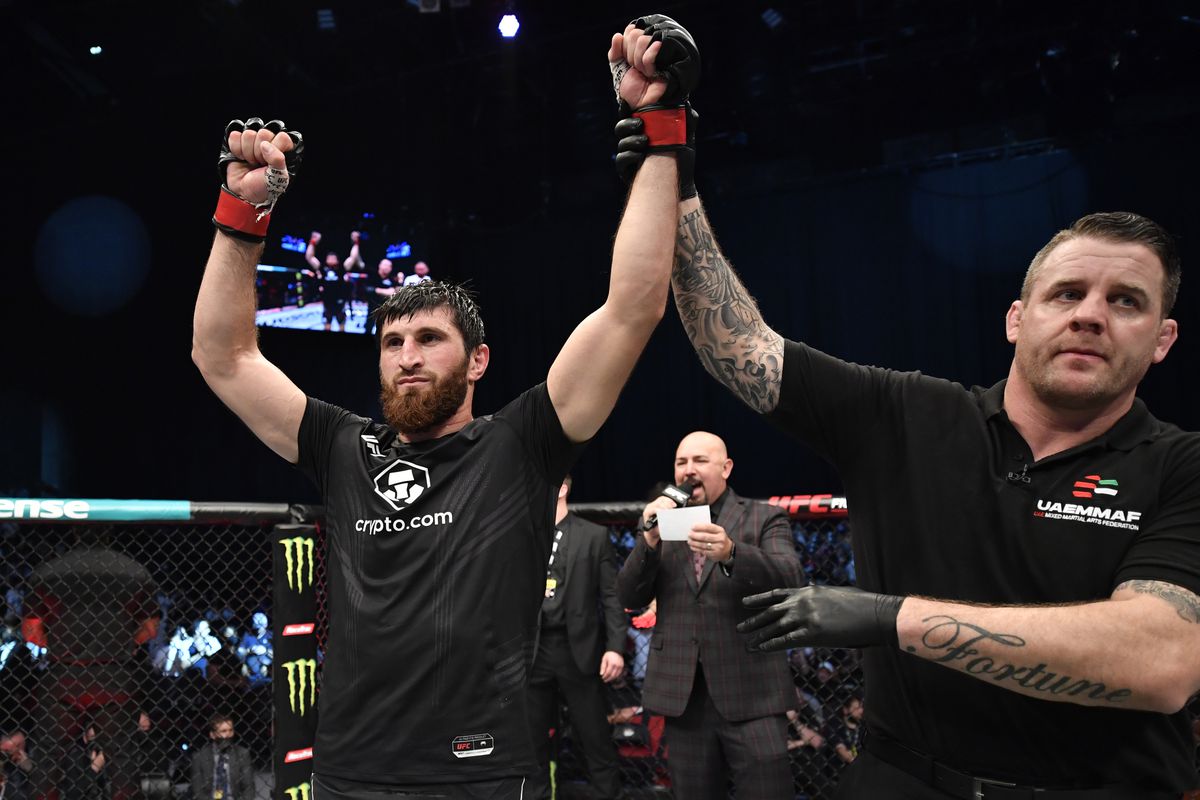 Magomed Ankalaev has been on an amazing run in the UFC since his debut. He is 16-1 in MMA and 7-1 in the UFC. He came into the UFC as an undefeated fighter but lost his first UFC fight against Paul Craig. But since that loss, he has put on some amazing performances in the UFC and has shown diverse striking and grappling combinations. He is coming off a dominant decision win over Volkan Oezdemir at UFC 267. His back-to-back fights with Ion Cutelba caught the attention of lots of MMA fans. He won both the fights against Ion by TKO and KO.