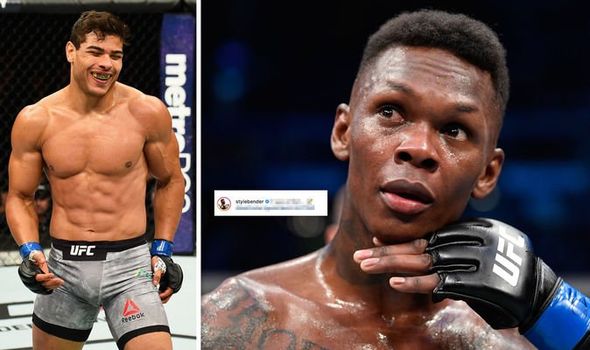 Former title challenger Stephen Thompson spoke to Submission Radio and previewed the big Middleweight clash between Israel Adesanya and Paulo Costa. The main event for UFC 253 will see Israel Adesanya defend his Middleweight strap against Paulo Costa at Fight Island. The fight is expected to be an instant candidate for ‘Fight of the Year’ according to Dana White and fans. 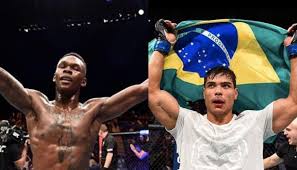 Stephen “Wonderboy” Thompson has been very vocal lately when it comes to expressing his opinions in MMA. Recently, Wonderboy made himself available as a potential opponent for Nick Diaz. Now, Thompson is offering his analytic services when it comes to the big Middleweight clash between Israel Adesanya and Paulo Costa. The pair will face each other in the main event of UFC 253, and Wonderboy believes that the striking of Adesanya should be enough for him to sail to a smooth victory over Costa.

Thompson has found various ways to keep his name in headlines throughout the global pandemic. Although he hasn’t fought since November of 2019, Wonderboy has stayed relevant by being active on social media as well as Twitch. He’s also taken part in a host of interviews where he’s shared his opinion on the sport in general.

The Karate style practitioner first touched upon the sheer destruction that the challenger has caused in his recent bouts. Paulo Costa has successfully run through certain dangerous Middleweights who have historically been tough to combat.

Adesanya vs Costa: Fight of the Year ?

Thompson continued on to say that the undisputed king in Adesanya possessed the tools required to trump Costa. Being a counter striker himself, Stephen is well aware of the lethal impact of pulling back on punches.

“I don’t consider Paulo Costa a technical striker at all, Think he’s a brawler. I mean, you see him do it time and time again, he breaks people. For a guy that shredded and that big, he’s got cardio for days, this guy. When [Costa] beat Uriah Hall first, he broke Uriah Hall mentally, He just gave up out there. And of course, you’re not gonna break Yoel Romero. And those guys fought pretty much exactly the same, came forward, and swung for the fences.”

He’s (Costa) very, very durable, he’s very tough to finish. I think after the first round, maybe Paulo Costa, if Izzy can tire him out just a little bit, it’s going to slow him down, and Israel Adesanya’s going to be able to have a field day counter striking this guy. I think I got my man Izzy winning that fight.”