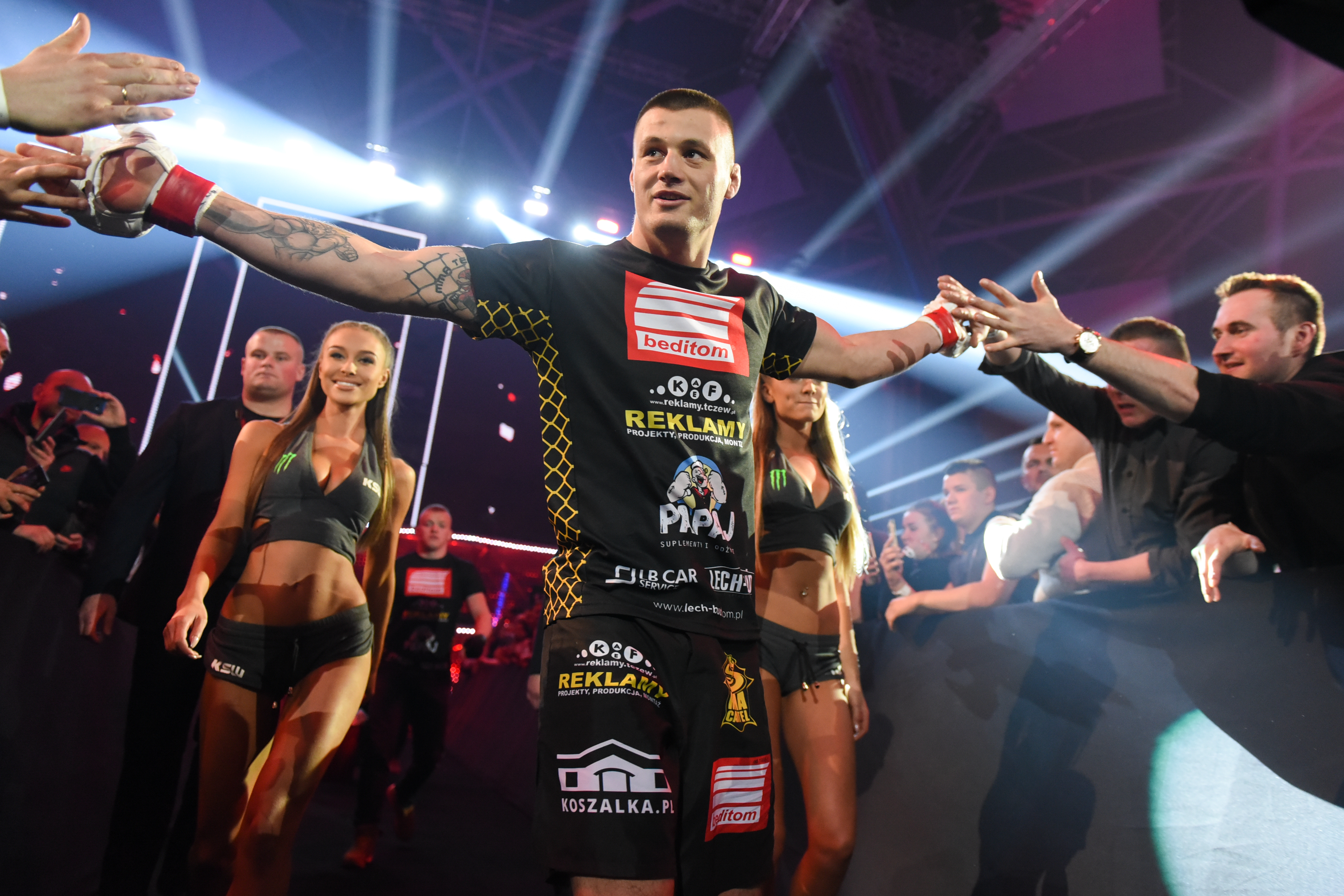 Three exciting fights have recently been added to KSW’s debut event in Zagreb, Croatia on November 9 at the Arena Zagreb.
Poland’s Roman Szymański (11-5) will square off against Montenegro’s Milos Janicić (11-2) in a battle of top prospects. Szymanski is a former title challenger at featherweight while Janicic is making his KSW debut and has a very impressive 100% finishing ratio. 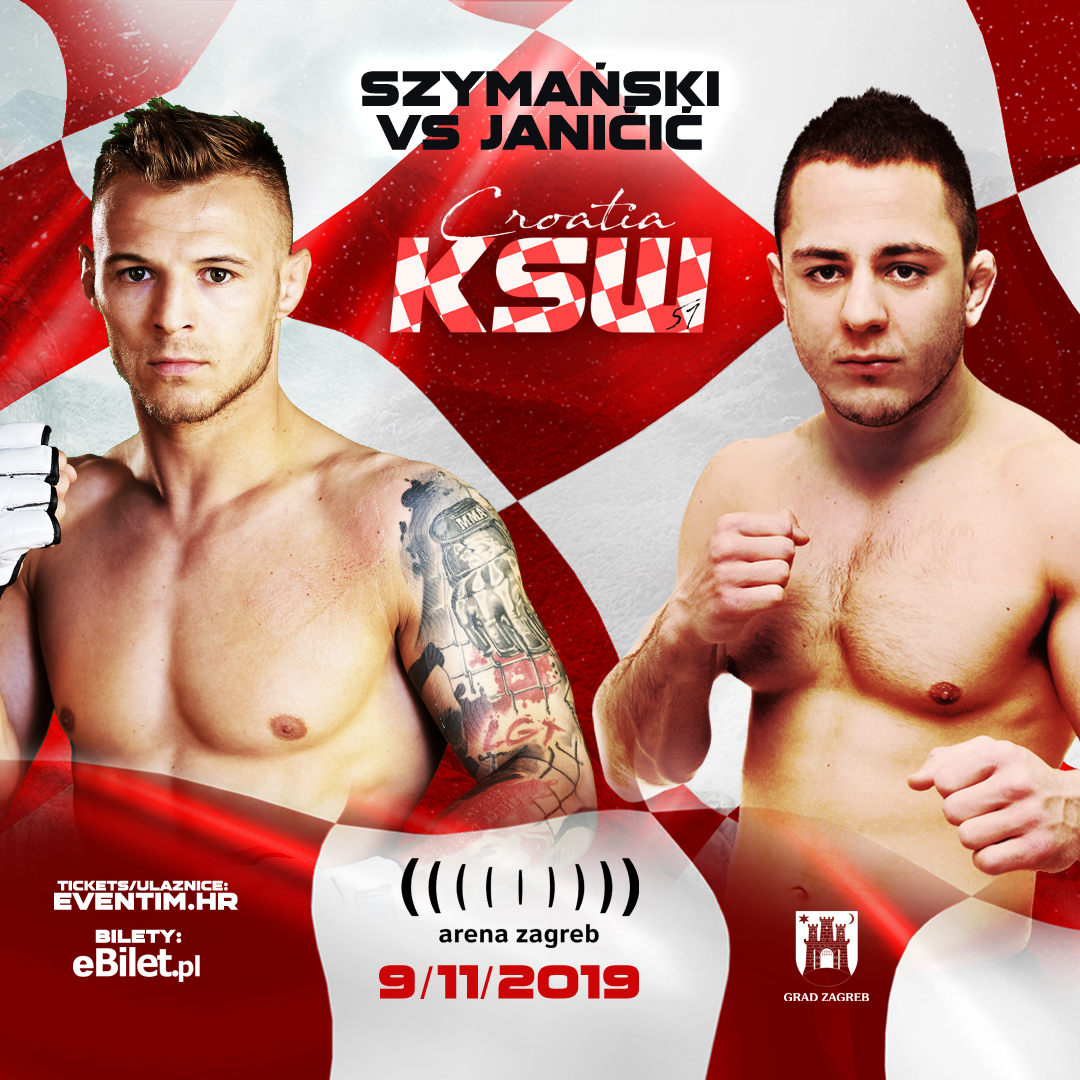 Another former title challenger Krystian Kaszubowski (7-1) returns and will face Croatia’s Aleksandar Rakas (15-7). Kaszubowski was last in action in a title fight against Roberto Soldic, prior to that he went an impressive 7-0 including winning his first two fights in KSW via first round stoppages. Hailing from Zagreb, Rakas enters KSW on a three-fight-win-streak and has an impressive 87% finishing ratio. 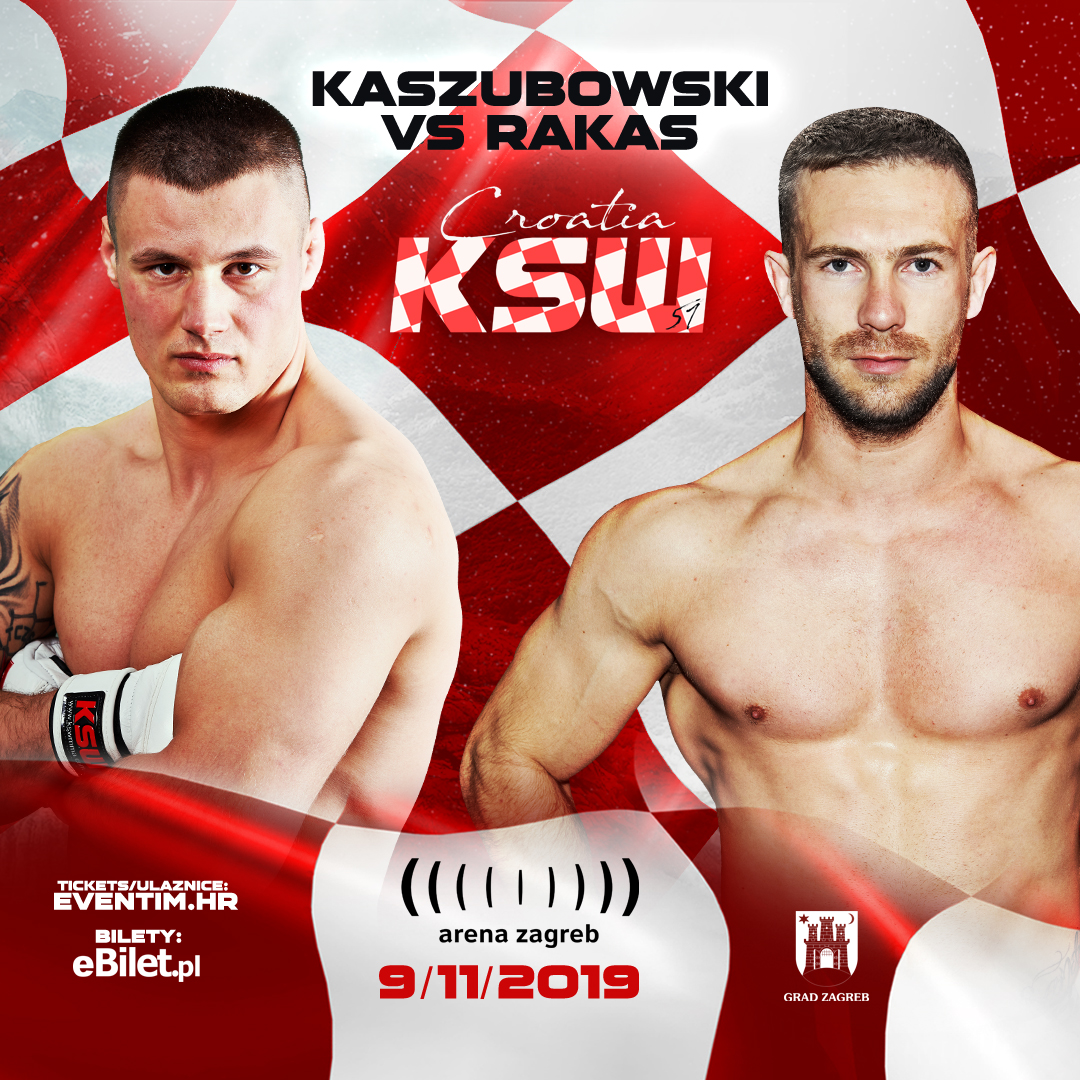 Finally, kicking-off the card will be an exciting bantamweight clash between Poland’s Sebastian Przybysz (5-2) and Zagreb-based Slovenian veteran Lemmy ‘The Dog’ Krusić (20-6). Przybysz is 2-1 in KSW with two first round knockouts and the lone loss coming to Antun Racic. 30-year-old Krusic will also be making his KSW debut and brings with him over 10 years experience competing all over Europe and is on a three-fight-win-streak.

KSW 51 takes place November 9 from the Arena Zagreb in Zagreb, Croatia and will be headlined by a monster main event between five times worlds strongest man Mariusz Pudzianowski (12-7) and Bosnian bodybuilder & social media star Erko Jun (3-0).
Tickets are available right now from Eventim.hr & eBilet.pl and the event will be available to watch live around the world on www.KSWTV.com.