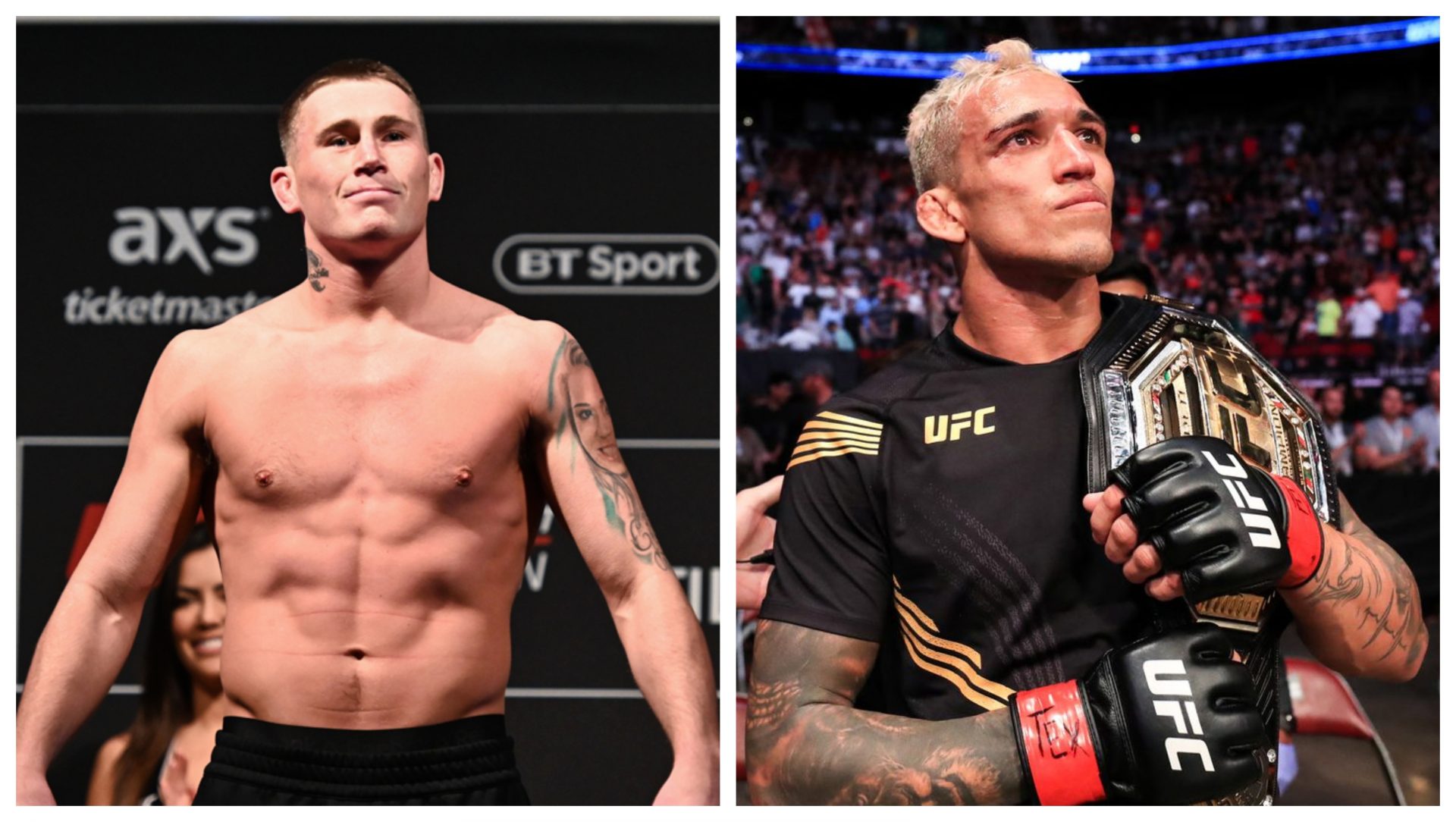 Charles Oliveira, the new UFC Lightweight Champion’s path to success has been becoming an inspiration to his fans, and is even boosting the confidence of his fellow mixed martial artists, like Darren Till.

The UFC has seen many champions but none like Charles Oliveira and where the Brazilian has risen from. A veteran in the promotion, it took Oliveira more than a decade to test his patience until he finally earned his title shot, and that too, the coveted Lightweight belt that was vacated by the retired Khabib Nurmagomedov.

Going up against three time Bellator MMA champion Michael Chandler, who was having his UFC title fight on his second appearance in the Octagon, “Do Bronx” ticked all the right checkboxes to finish the fight with a superb 2nd round TKO and becoming a world champion in the UFC, despite never being considered having the potential.

Bringing the lightweight belt back to Brazil, six years after Rafael dos Anjos won it at UFC 185 on 14th March, 2015 in Dallas, Oliveira received a hero’s welcome by his compatriots, and has become an inspirational figure for Darren Till.

Oliveira’s success story a “big factor” for Till

On the latest episode of former mixed martial artist and UFC veteran, Michal Bisping’s “Believe You Me” podcast, Till shed praise on Oliveira’s journey to the top of the world, which took time and effort and overcoming severe criticisms and setbacks as well.

“I take inspiration from a lot of things and you see Charles Oliveira, he just became the lightweight champion after, what, 10 years, 11 years? How many losses? How many wins? How many setbacks? How much being looked over?” Till said on the podcast.

Till made his UFC debut against Wendell de Oliveira at UFC Fight Night 67 on 30th May 2015, and till date, has made 10 appearances in the Octagon. He has gone up against the likes of Tyron Woodley, Jorge Masvidal and Robert Whittaker but failed to come out as a winner against them.

Nonetheless, seeing Oliveira’s journey is lifting Till’s own confidence, as he believes he will reach his peak in the coming years.

“So that for me is a big factor, knowing that I’m 28, I haven’t been in MMA that long, only a few years, and I feel like I’m at my prime in the next year or two,” the Briton added.

Till was last seen in action against Whittaker at UFC Fight Island 3 on 26th July last year, where he lost via unanimous decision. However, “The Gorilla”s last UFC win was against Kelvin Gastelum at UFC 244 on 2nd November 2019 via split decision.