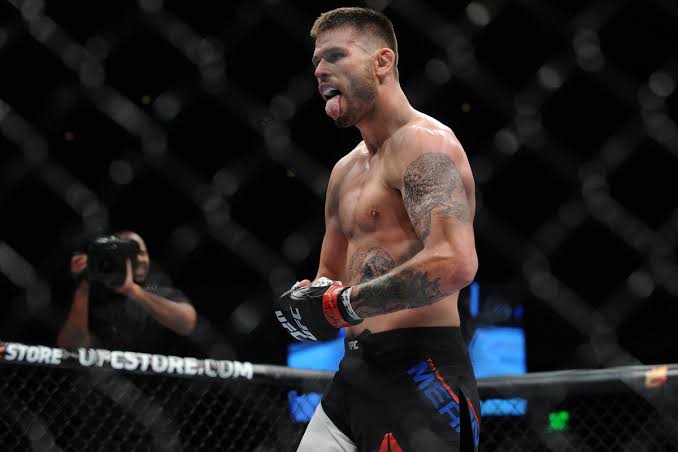 Legend Diego ‘The Nightmare’ Sanchez moved a class up at welterweight at UFC 228 back in September. The results spoken for themselves, as Sanchez put away a young and hungry Craig White. Sanchez was quick to receive two, quick call outs from new comer Mickey Gall and veteran Tim ‘The Dirty Bird’ Means.

Surprisingly, Gall ended up getting the nod over Means who wanted an Albuquerque vs. Albuquerque match up. That obviously didn’t go well with Means. He addressed the issue speaking on the ‘Pull No Punches’ podcast. 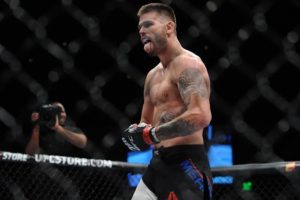 “We reached out to [UFC matchmaker Sean] Shelby and said, ‘hey, we’d like this fight.’ I get an email from the UFC and they’re telling me Diego is matched for a fight in March but had to pull out for personal reasons,” said Means. “I didn’t hear anything from Diego, at all. A week later, Diego has re-signed his contract to fight Mickey Gall and then Diego gets on social media talking all sorts of s—t to me about how badass he is.”

“I have that message from the UFC saying Sanchez pulled out of his fight due to personal reasons,” he added. “As soon as he caught wind of me wanting to fight him… he reached back out to the UFC and re-signed the [Gall] fight and started yapping at me because he’s already busy.”

Means is coming off a knockout loss against fellow welterweight Niko Price, however the fight marked one of the most exciting rounds of the year.

UFC: Mickey Gall reveals he fought with a ‘failing kidney’ in UFC 235 loss to Diego Sanchez