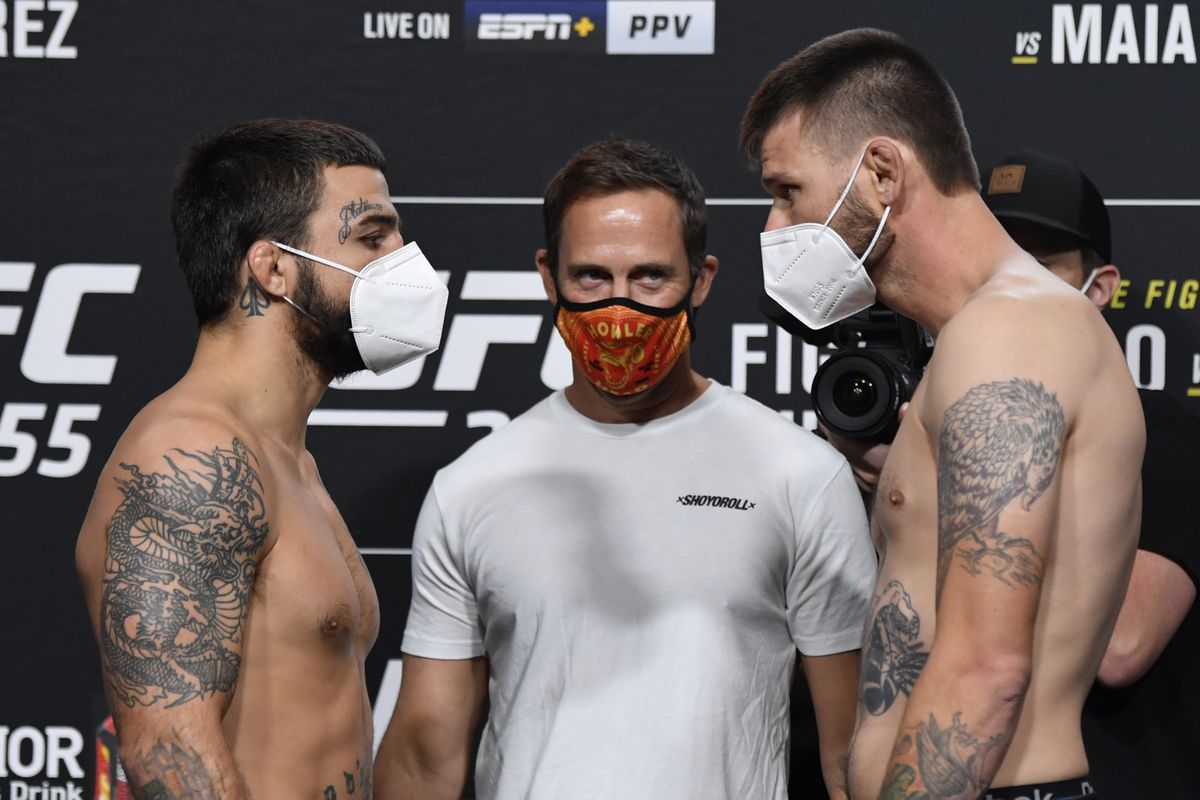 UFC welterweight Tim Means said he made nearly $27,000 (₹20 Lakhs) of unexpected cash when his opponent “Platinum” Mike Perry missed weight for their fight at UFC 255. 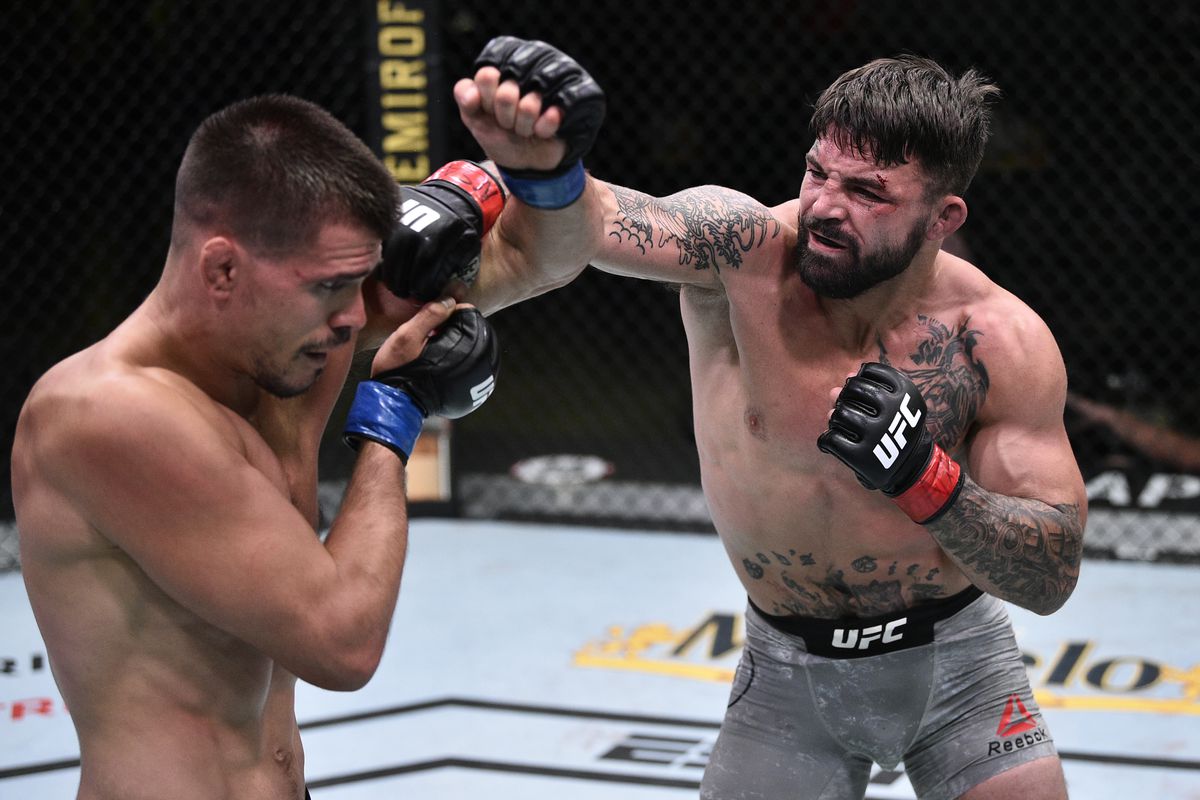 Means and Perry collided on the main card of UFC 255 last Saturday in Las Vegas. Tim made the most of a short-notice opportunity this past Saturday, stepping in as a replacement for Robbie Lawler to fight Mike Perry and earning a unanimous decision victory at UFC 255 at UFC APEX in Las Vegas.

The bout barely stayed on schedule as Perry came in heavy for the welterweight encounter, tipping the scales at 175.5 pounds on Friday morning. A miss of five pounds (Perry was 4.5 pounds over) or more would have led to the commission automatically stepping in to shut down the bout; instead, it proceeded at a catchweight with Perry forfeiting 30 percent of his purse to Means. 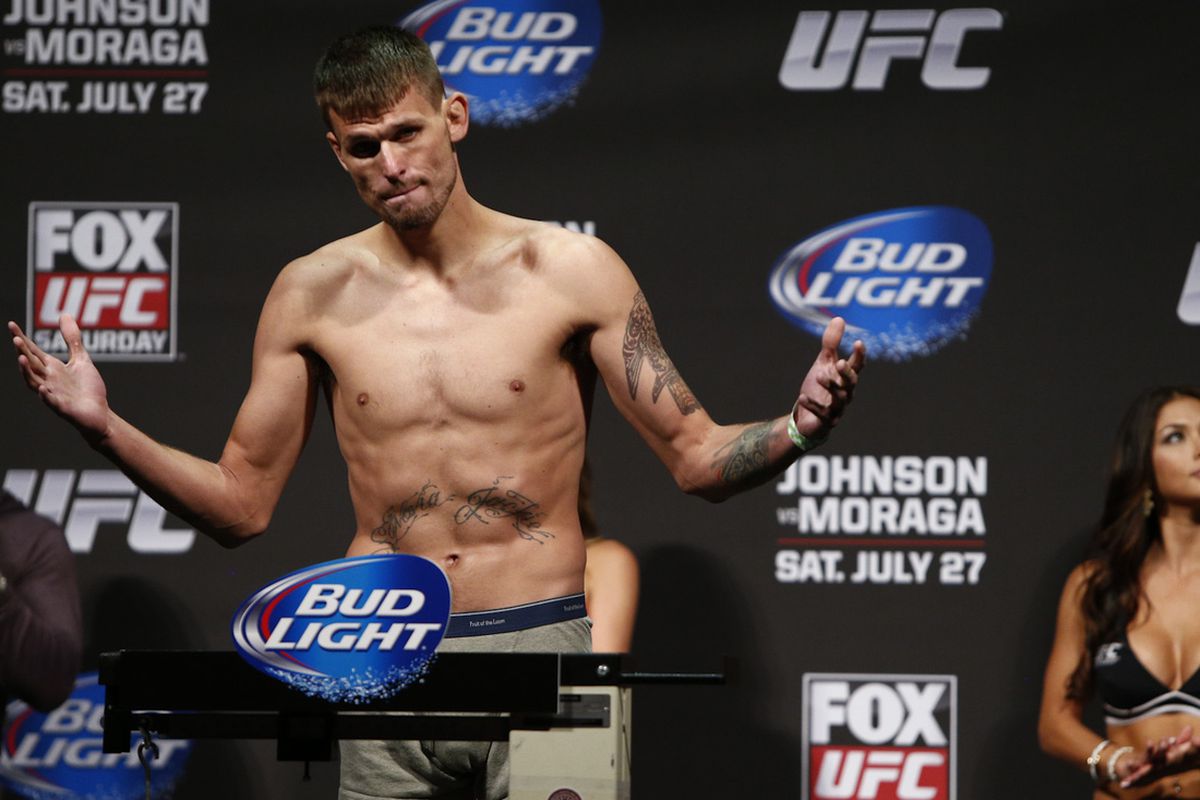 Speaking at the UFC 255 post-fight press conference, Tim Means revealed that 30% equated to a significant $27,000. Perry’s weigh-in gaffe came as no surprise to Means, who received messages from Perry ahead of the fight that involved Perry stuffing his face with junk food in the weeks before their encounter. (via MMA Fighting).

“He was sending me Instagram messages like, two weeks ago, eating big cheeseburgers with onion rings on them, stuff like that,” Means said at the UFC 255 post-fight presser. “It looked delicious. He asked me how the weight cut was going. I sent him some pictures of broccoli and avocados or whatever.

“But we knew that with Mike coming into this fight. I know him behind the scenes and stuff, what you get on camera that’s exactly who he is off-camera. I have nothing but respect for the guy, I know he’s going through some adversity and stuff, and sh*t will just make him stronger.”

Tim Means has spoken about the importance of family to turn his life and career around, and he did so again on Saturday evening when asked about how that aspect of his life has benefited him.

“If you do any digging on my background it’s not like I’ve been embarrassed about it or whatever,” Tim said. “I might not be happy with the decisions I’ve made in the past but my daughters and my wife Brenda, they got me on the straight and narrow, especially my wife.

“They were everything that slowed me down and slowed down my thinking, made me want to stop carrying a gun in my pants and wearing bulletproof vest places. I’ve been shot and stabbed, been to prison and misdemeanors, and it’s because I put myself in all those positions. But when I started thinking about things that were more important than myself and I had to feed and watch things grow and blossom, it made life great.” 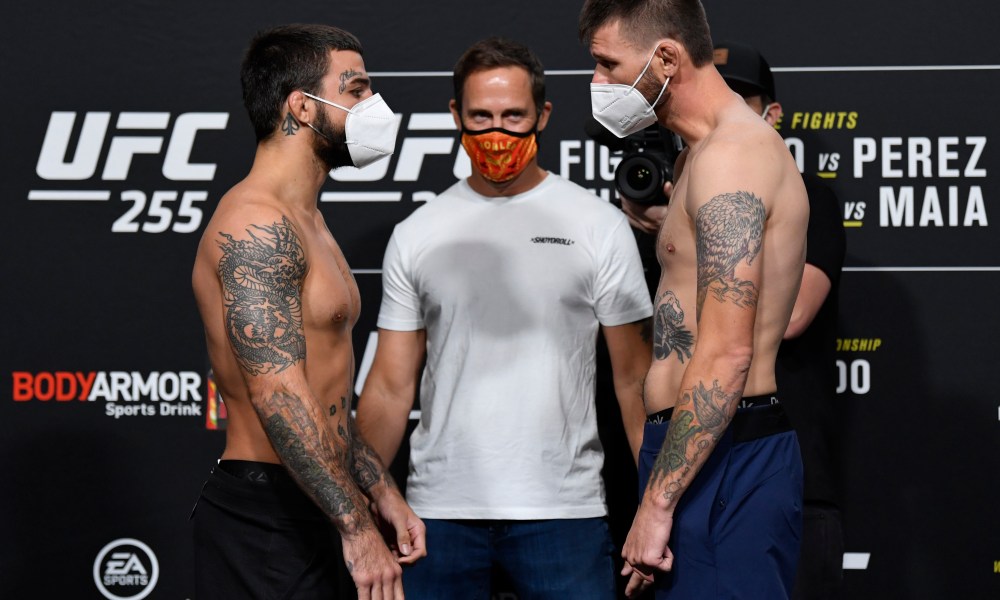 Means faced plenty of adversity during the fight itself. In round one, Perry utilized a strong grappling attack to get Means to the mat and take his back where he threatened with a rear-naked choke. While that strategy may have been surprising to some, there wasn’t anything Perry showed Means that surprised him, even taking into account Perry’s egregious weight miss.

Defending against the submission attempt, Tim Means expected Perry to tire out and after making it out of round one he went on to out-strike Perry en route to the decision victory.

“I thought the fight went as planned,” Tim said. “I wasn’t stressed about him not making weight yesterday, I knew he did just enough energy-wise to get within that five-pound limit to where we could still fight. He got up there dancing so I knew he still had plenty of energy. I knew he was gonna be strong, have a lot of heart, be durable, and that all happened the night of the fight.”

Means chose not to worry about whether Perry made an earnest attempt to make weight or if he was gaming the system because the result led to a nice monetary bonus for Means in addition to his show and win money.