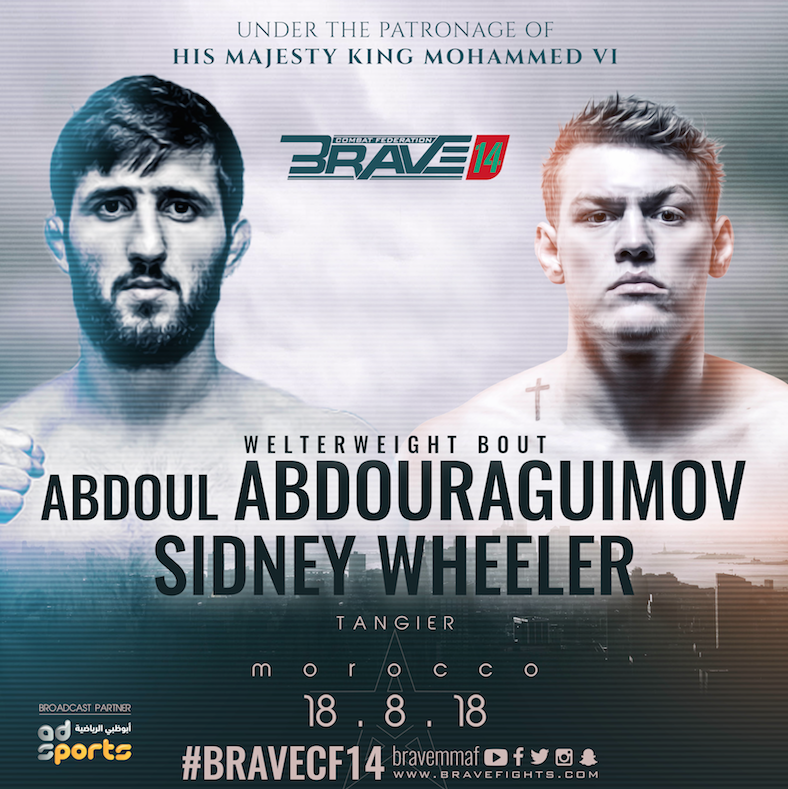 The biggest winner in Brave Combat Federation history, Jarrah Al-Selawe is set to fight for gold as he takes on Welterweight champion Carlston Harris in the main event of Brave 16, set for September 21st, in Abu Dhabi. That doesn’t mean, however, that “The Jordanian Lion” isn’t paying attention to the rest of the division. His eyes are set on the featured bout of Brave 14, which happens on August 18th, at The Omnisports Indoor Club, in Tangier, Morocco.
For Al-Selawe, analyzing the bout between Sidney Wheeler and Abdoul Abdouraguimov is paying attention to a possible future opponent. Both fighters have expressed a desire to soon fight for the title, in case they win at Brave 14.
“I really think that the bout will be decided by who can impose their will. If it goes to the ground, Abdouraguimov will have the advantage and will probably submit Wheeler. However, if Sidney keeps it standing he has a lot more chance to win and might knock Abdoul out. Either way, I predict a great fight”, says Jarrah.
The Welterweight contender was recently featured as “Arab of the Month” for StepFeed and talked about his title fight, promising to “fulfill” his destiny of becoming a world champion.
“I am determined to fulfill the dream of my coaches, family, friends, my countrymen and all those people who supported me by winning the championship”.
Brave will visit eight countries until the end of 2018, starting with this Saturday’s Brave 14, in Morocco. Next up are groundbreaking shows in Colombia, the United Arab Emirates, Pakistan, Bahrain, Saudi Arabia, South Africa and India.

Previous articleUFC: Paulo Costa says Robert Whittaker is ‘not so good’ with his striking, wrestling, or jiu-jitsu
Next articleRoad to Brave features Featherweight showdown for the ages