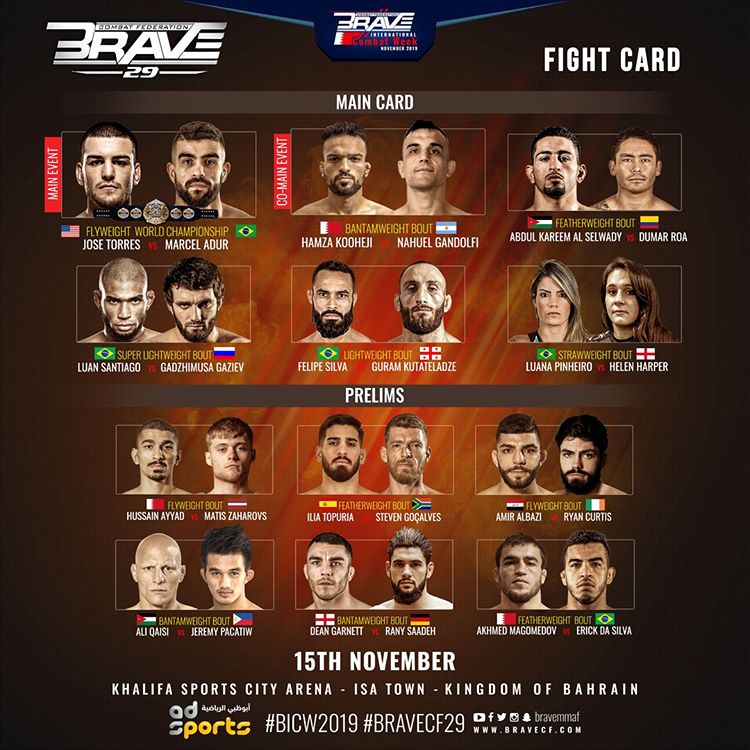 BRAVE Combat Federation has officially released the full fight card for its return to the Kingdom of Bahrain. BRAVE CF 29 takes place at the Khalifa Sports City Arena, on November 15th, and will have a total of 15 bouts, three of which make up the KHK World Championship (two semifinals and one final) and will be released in the coming days.
However, the other 12 fights have been announced, with the return of two former world champions, as Luan Santiago takes on Gadzhimusa Gaziev at Super Lightweight, and Abdul-Kareem Al-Selwady drops down to Featherweight to meet Dumar Roa.