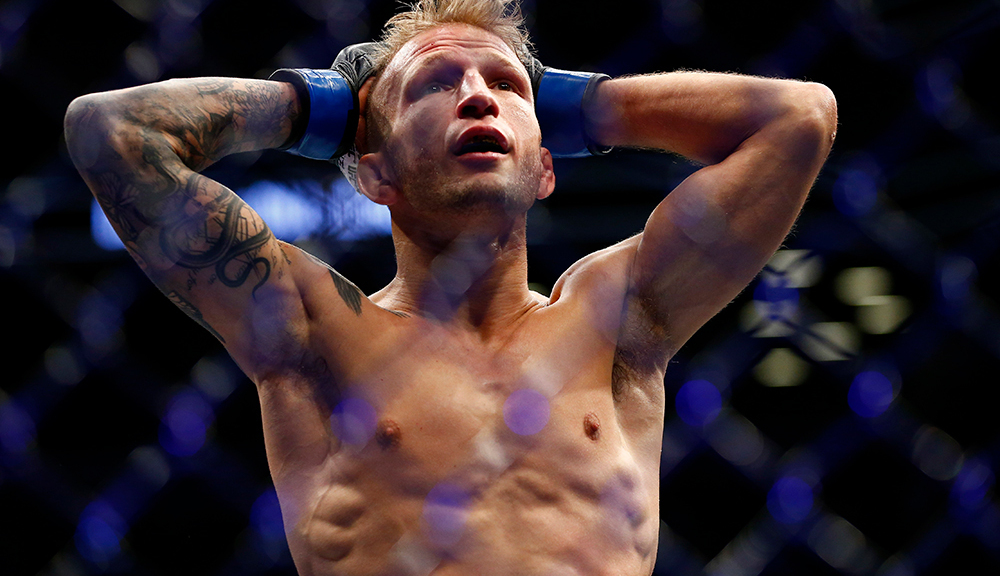 The current UFC bantamweight champion TJ Dillashaw is easily one of the current pound for pound greats and is also being touted as one of, if not the greatest bantamweight of all time, being right up there in the all time MMA bantamweight hierarchy alongside Dominick Cruz. Dillashaw has always been an extremely competitive athlete. His teammates have always told tales of how Dillashaw hates losing even in training. Thus, in his most recent loss against the UFC flyweight champion Henry Cejudo at UFC on ESPN+1, Dillashaw due to his competitive nature just could not accept defeat.

In the post fight interview, Dillashaw refused to accept defeat, claimed that it was an early stoppage and that Cejudo did not defeat him. 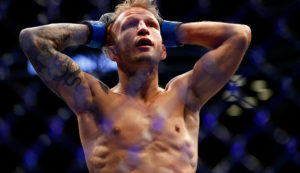 Dillashaw was recently a guest on Ariel Helwani’s show on ESPN. On the show, he told Helwani that he never said he wasn’t a loser and that is what makes him so competitive. Here’s what he had to say:

I’ve never said I wasn’t a sore loser. I don’t take losing very well. That’s why I am so competitive.

“Khabib wants ‘last 3 fights’ to be against Tony Ferguson, GSP and Floyd Mayweather”

Previous article“Khabib wants ‘last 3 fights’ to be against Tony Ferguson, GSP and Floyd Mayweather”
Next articleMike Perry asks fans who they want to see him fight next
- Advertisement -