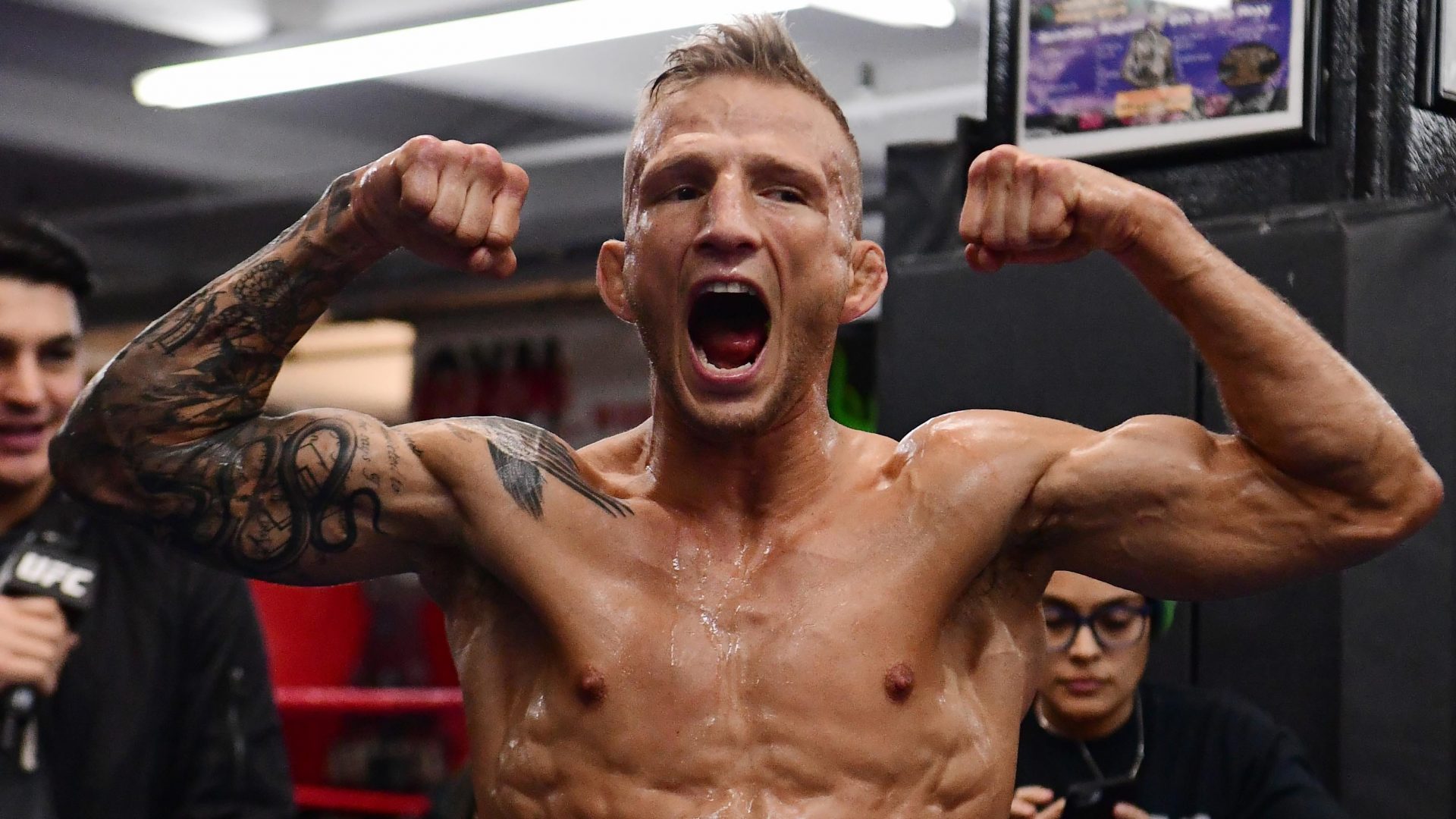 Former UFC bantamweight champion TJ Dillashaw is currently suspended by USADA for a drug violation. His suspension ends next month following which he plans on returning back and fighting for the title.

TJ Dillashaw captured the UFC bantamweight title back in 2017 at UFC 217 when he knocked out reigning champion Cody Garbrandt in the second round. The pair immediately rematched at UFC 227, where TJ Dillashaw again managed to knock out Cody Garbrandt. 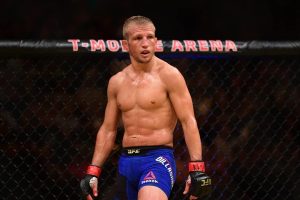 TJ Dillashaw then returned back at UFC Fight Night 143 in January 2019 to challenge Henry Cejudo. Dillashaw attempted to become two-division as he dropped down in weight. However, he was brutally knocked out by Cejudo in the first round. Later, he failed his drug test.

“I want that title,” Dillashaw told ESPN. “I want it right away because you’ve got a guy, Petr Yan, who beat someone for a belt that was 0-2 in the weight division. Jose Aldo had two losses (at bantamweight), and (Yan) beat him for a title. So how are you calling yourself a champion? To me, you’re an interim champion. That belt has changed hands every fight. There’s no one that has been dominant. That is my belt, so I want to come back – I want that title fight.”

While it’s natural to assume that TJ Dillashaw will be scrutanised by the fans, the former champion isn’t worried about it. Instead, he is focusing on getting back to the Octagon and stated that if he couldn’t fight for the title right away, he is willing to take on Cory Sandhagen.

“The motivation for me is to have that added pressure, to have something to push for,” Dillashaw said. “I guarantee you this: I’m getting my belt back. I’ll be a three-time bantamweight champion. That’s a guarantee, and it’s going to be faster than everyone thinks, too.”

Who do you guys want to see TJ Dillashaw fight in his Octagon return? Let us know in the comments section below.

Previous articleUFC welterweight Gilbert Burns is frustrated with the delay in announcement for the Kamaru Usman fight
Next articleUFC Vegas 16: Hermansson vs Vettori Betting Odds and Prediction