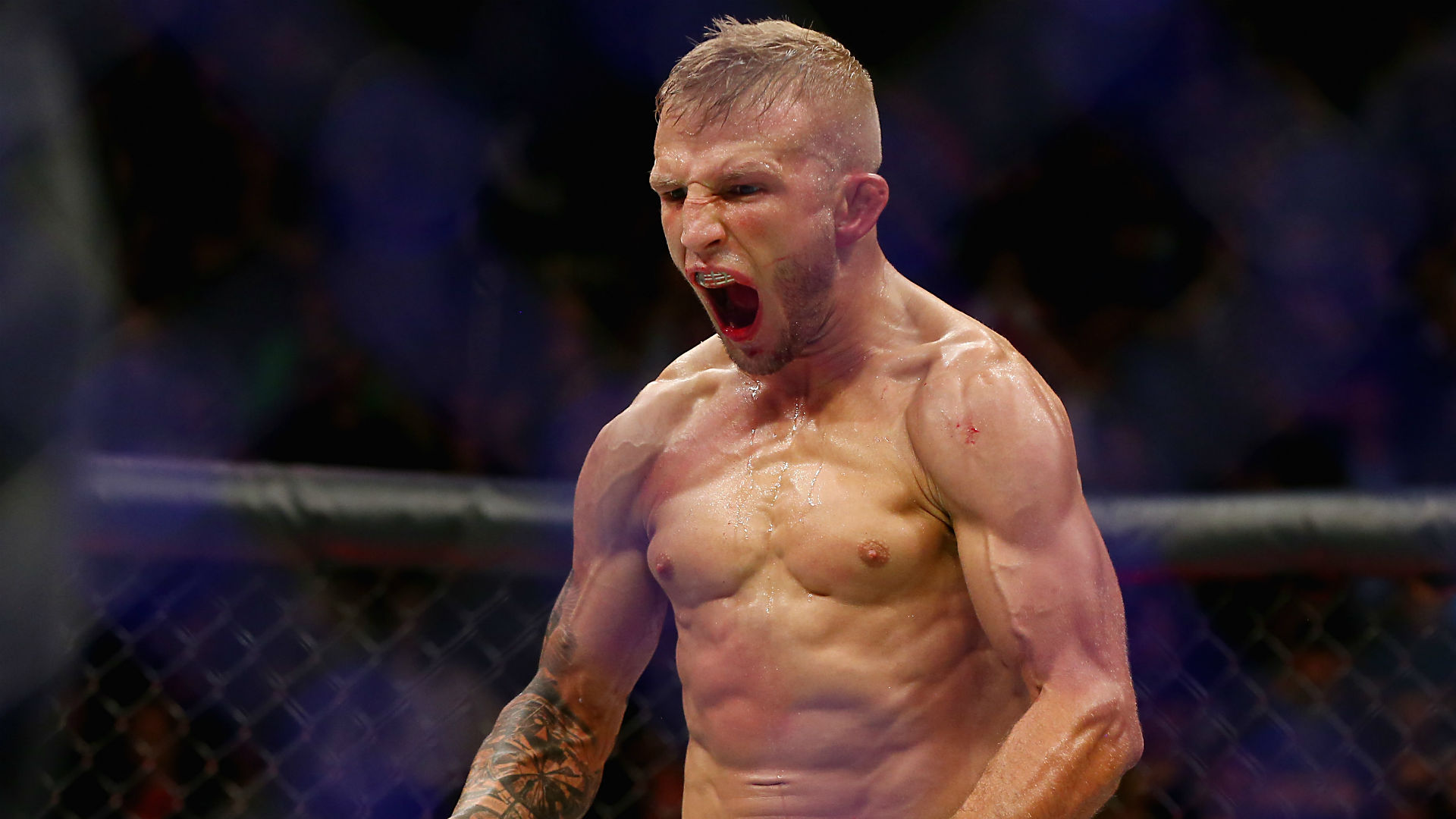 Former UFC bantamweight champion TJ Dillashaw is ready to return from a two-year suspension, and a photo shared by his teammate shows him to be in tremendous shape. 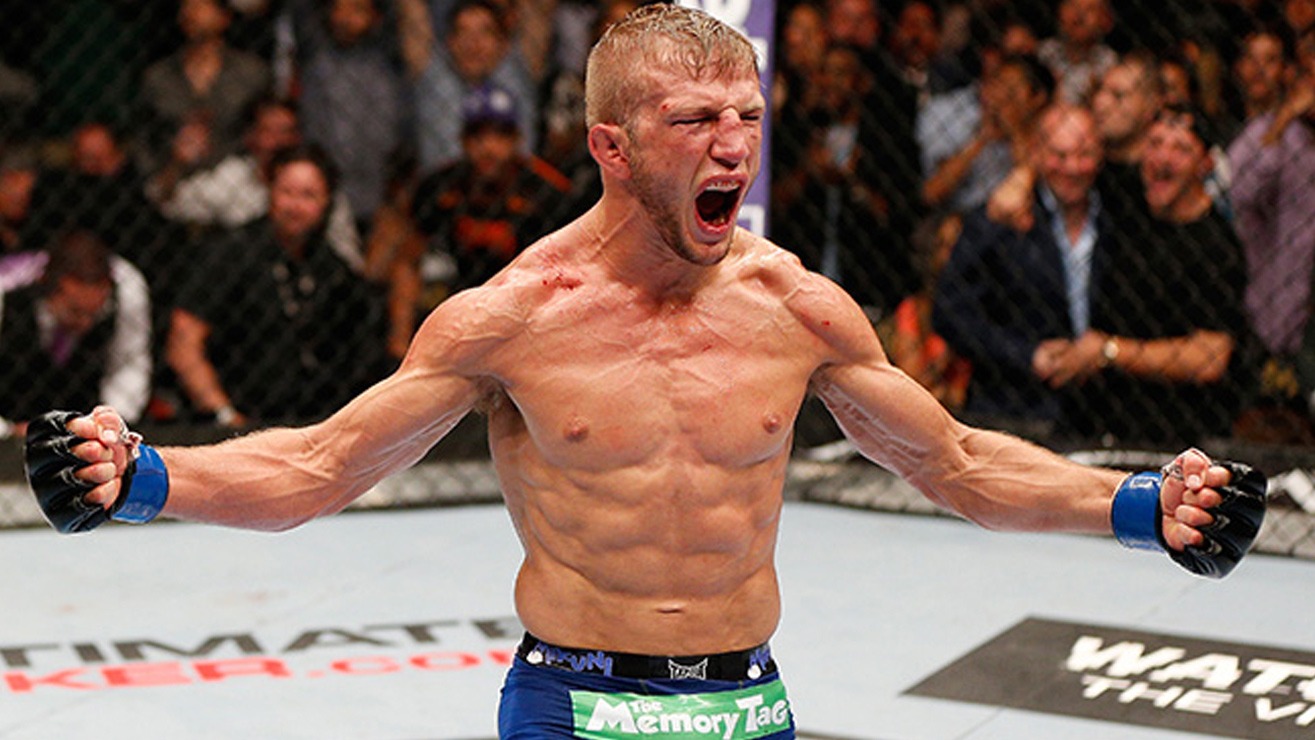 Dillashaw was last seen in the octagon in January 2019, when he lost by first-round knockout to flyweight champion Henry Cejudo. Things only got worse for him after the fight, as he later tested positive for performance-enhancing drugs.

He was handed a two-year suspension from the UFC’s drug regulating body, USADA. He has largely stayed out of the public eye since then. Dillashaw is now set to return to the Octagon in January 2021 and he is expected to get a top-15 opponent in his first fight back.

Tj Dillashaw has since reappeared in a photo posted by his training partner and Bellator contender Juan Archuleta. In a post on his Twitter account, Archuleta mentioned a training session between Cub Swanson, Dillashaw, and himself. He also included a picture of them together.

After serving his time, and healing up from shoulder surgeries, TJ is on his way back to the cage. Last time fans saw him, the former title-holder was TKO’d by then-flyweight champ Henry Cejudo in around 30 seconds. Despite his most recent performance, one would still have to assume he will return at a relatively high level. 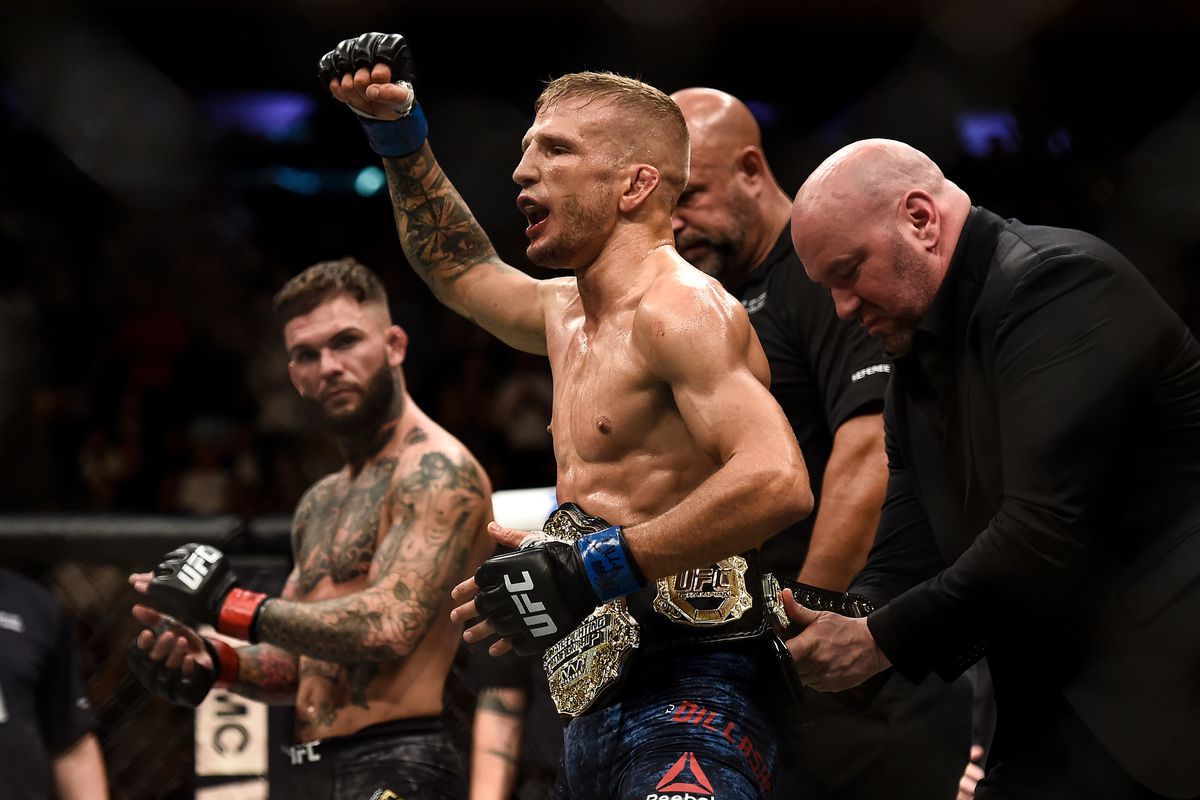 He’ll turn 35 in February of 2021, and although he’s coming off of a loss, he has never lost back-to-back fights. While his fight schedule has slowed in recent years, this lay-off is unlike anything he’s faced in his career thus far. It appears that Dillashaw, who was known for his great conditioning during his run, has not missed a beat. That being said, when he does return, it will be a division that shares little resemblance to the one he left.

Firstly, Cejudo – the man who beat him for the title – has since retired. Second, the bantamweight division is a much different place than when it was last left. Petr Yan now sits on the top of the bantamweight throne with a bunch of new contenders waiting in the line.

TJ will now have a long list of challenges to face ahead of him to get him where he was. Whenever he does return, he will have no shortage of fighters ready to see what the ex-champ has left.

Who do you guys want to see TJ fight when he returns?

Previous articleGegard Mousasi can move up to light-heavyweight division to become ‘Double Champ’
Next articleFighter of the Week: Ritu Phogat