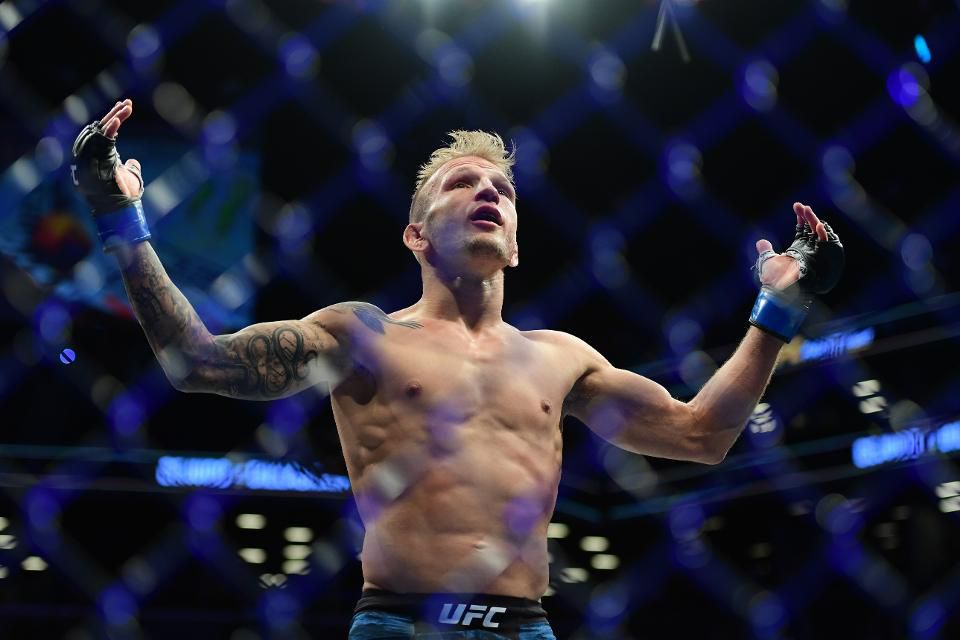 TJ Dillashaw appeared on the “Your Welcome” podcast of Chael Sonnen and opened up about his EPO use.

“I decided to take something I knew I wasn’t allowed to take,” Dillashaw said on the “You’re Welcome” podcast with Bellator fighter and UFC analyst Chael Sonnen. “It is an anemia medication that would help me not only make the weight, but be myself.

“I’m not mad I did it, because I don’t think I could have taken the fight. I’m obviously going to own up that I cheated and got caught. And it’s a rough one. It’s hard not to hate yourself a little bit. I don’t know.”

“We always know our own,” Sonnen said. “Maybe we don’t say it, but we know. We can look at somebody. I came through the testosterone era, which you did not. But testosterone would specifically do two things to you, that I could recognize. I just knew, because it happened to me. So I could always spot my own.

“I think what hurts even more is my wife having to deal with it,” he said. “My coaches that had no idea. Sam Calavitta, I wasn’t going to bring this to him. This was something I decided to do on my own. I trusted in the wrong people.

“I wanted something so bad … and the real (expletive) part, and again, I’m not creating an excuse – I (expletive) up, I did it – is the fact that I never took my body to anything that was un-normal. I walk around about 45. The highest I ever got my hematocrit back to was 46. It wasn’t like I was above natural levels. The highest a human body can even go naturally is 50.”

“I cheated,” he said. “I’ve got to get past it. I understand people are going to ridicule me, thinking that I did it in the past, all this stuff, but I deserve that for taking that on. I just want to let everyone know that this is a one-fight thing.”