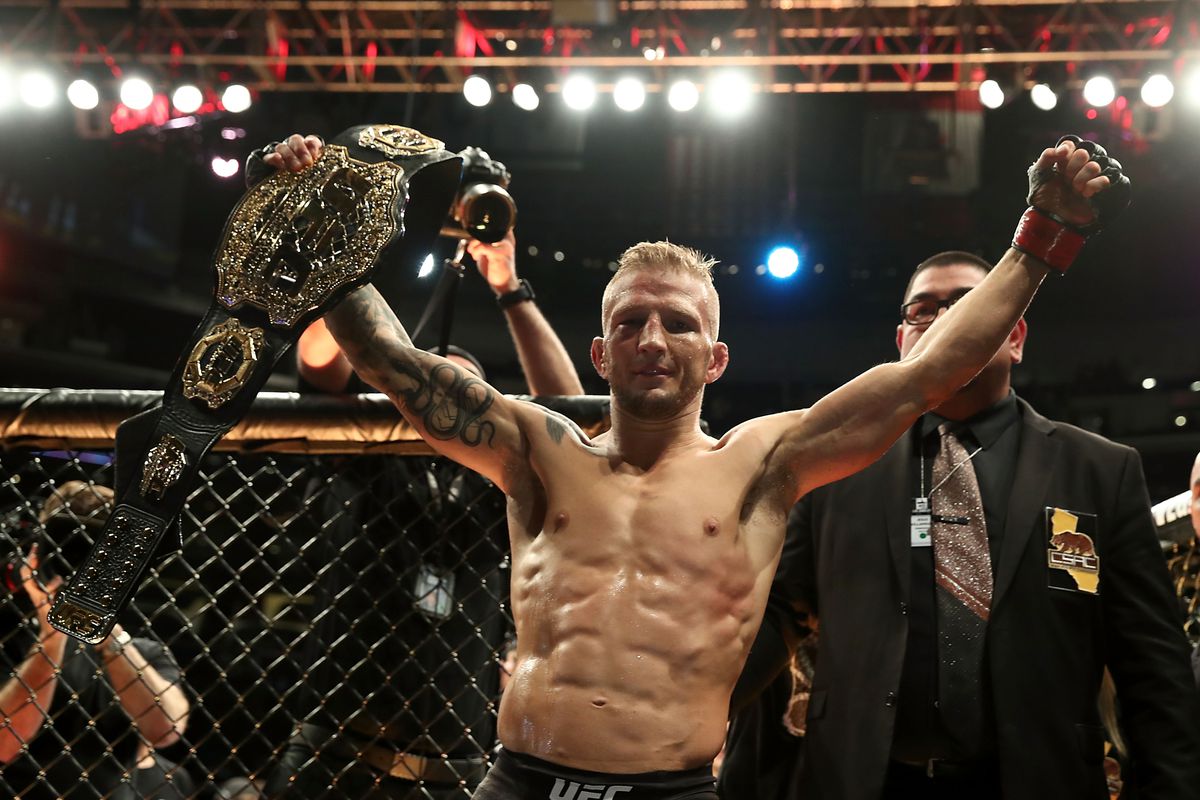 Former two-time UFC bantamweight champion TJ Dillashaw says he would fight Jose Aldo but only after he gets a title shot first. 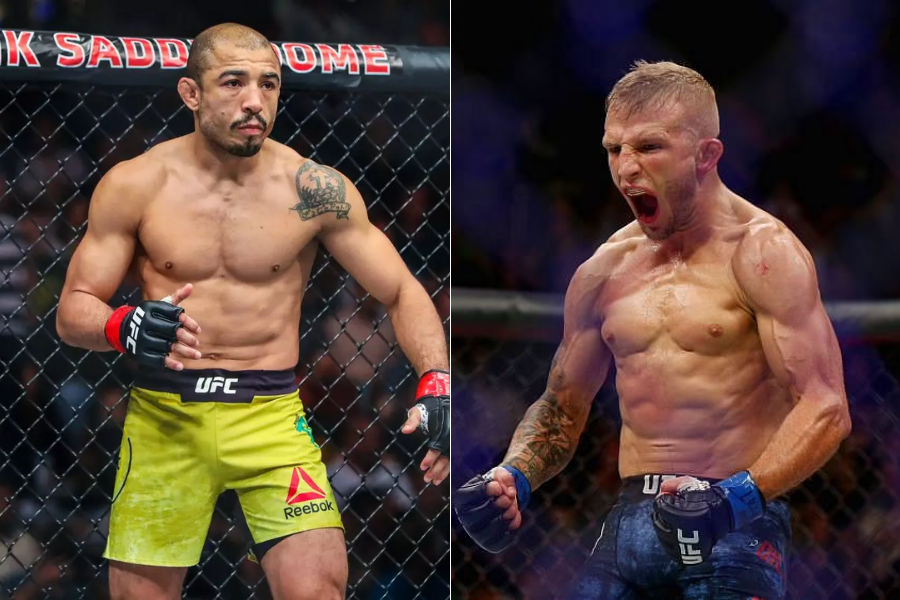 The former two-time UFC bantamweight champion tested positive for EPO in 2019 and was forced to vacate his UFC bantamweight title. Now after serving two years of suspension, he returned to the octagon and faced the top bantamweight contender Cory Sandhagen. He won the fight via decision but the fight was very close and the decision could have easily gone either way. Now after the fight TJ stated that he wants to get back his belt but if the title fight rematch between Petr Yan and Aljamain Sterling takes too long, TJ says he wouldn’t mind fighting someone else for the time being.

“It would be great for me to fight with Dillashaw,” Aldo told the reporters through an interpreter at the UFC 265 post-fight news conference. “Hopefully by December. I think it would be a great fight and that’s what we expect. That’s what I’m expecting right now.”

TJ Dillashaw talked about the Jose Aldo callout and that he likes the idea of the fight but he is focusing on the title shot.

“Yeah, I like the callout,” Dillashaw told Submission Radio. “I would like to fight Jose Aldo. He’s a legend of our sport, and we can do it after I get my belt back. 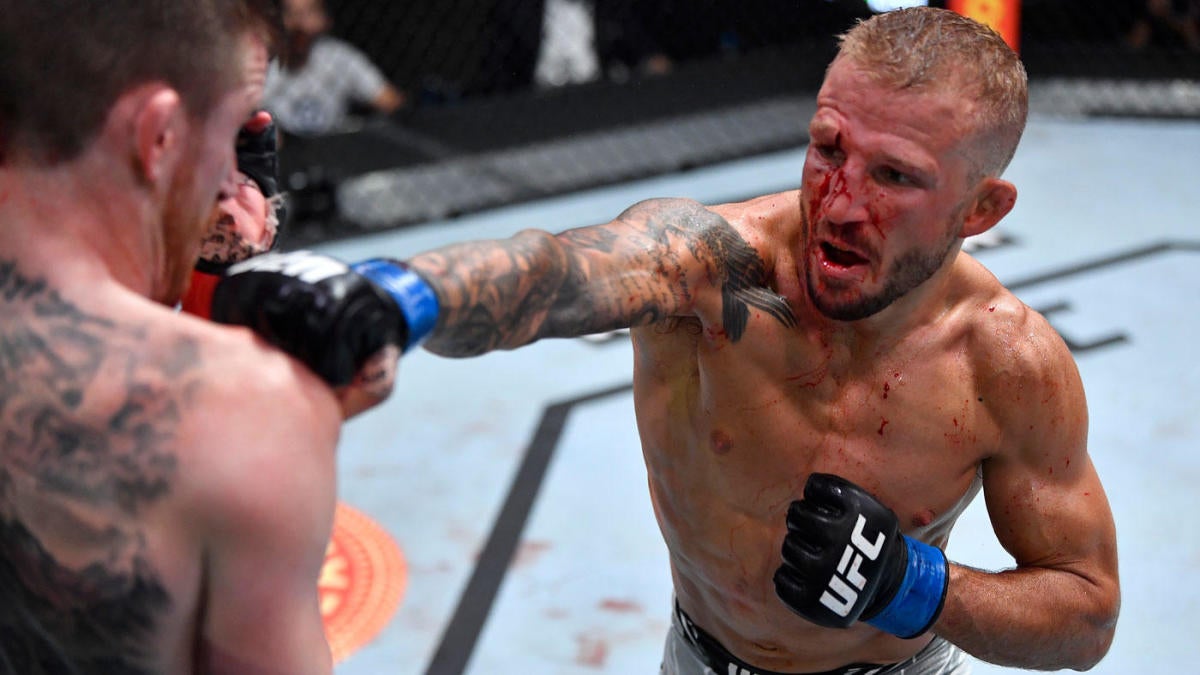 “I’ve actually been called out I think by every fighter in the, for sure top five, if not top 10, after they won a fight before I came back and fought Sandhagen. I swear every fighter called me out because it makes sense. I mean, I’m the true champion of the division, and you’re trying to build your name off me, thinking that I’ve been out for two years, that I’m coming off all this drama, that I’m not going to be the same fighter. And Sandhagen made that mistake, as well, and now he’s having to go further back to try and get to a title.”

“I mean, just Aldo’s name alone makes it interesting, right?” Dillashaw said. “Like, I would love that fight. So yeah, maybe it would be my first fight as champ because Jose Aldo is a legend in the sport. I remember him in the WEC before I even had my first professional fight. He was fighting Urijah (Faber) when I was training there, so the guy’s been on top of the world for a long time. So it would be a dope fight.”