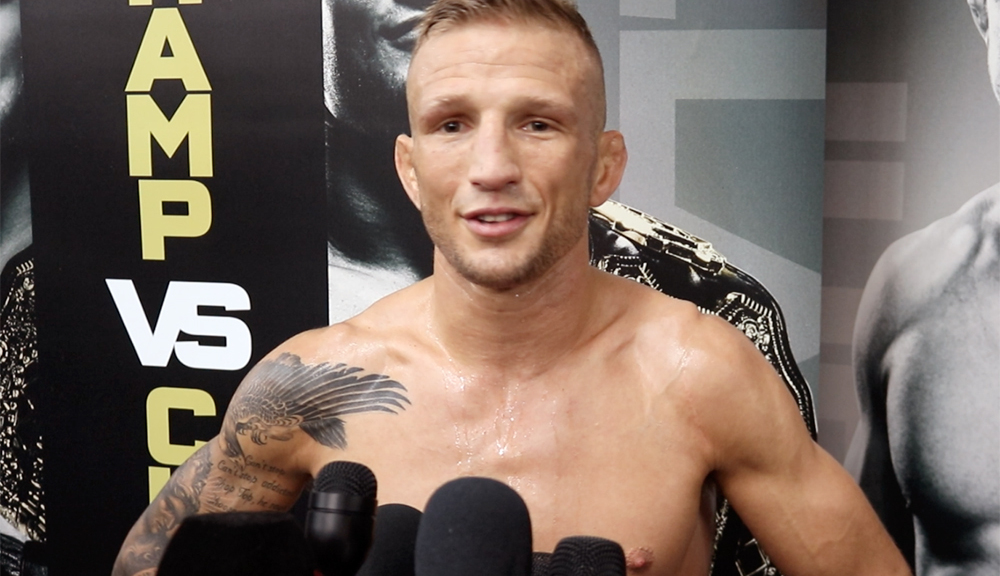 Come Saturday TJ Dillashaw will be on the pursuit of something only achieved by three more people in history – becoming a double champ in the UFC. Dillashaw is fully aware of the fact that beating Cejudo would significantly elevate his worth. However he wouldn’t be satisfied with just that. For Dillashaw that would only be a stepping stone towards bigger goals.

Defend at 125 or 135? Move up for a third belt? @TJDillashaw says he’ll seek the biggest fight if he wins on Saturday #UFCBrooklyn https://t.co/adR8N9qlx1 pic.twitter.com/quwj0yYggo

The pre-fight narrative largely has focused on Dillashaw’s ability to make weight, but with things going easier than expected that’s not what he’s thinking about. UFC on ESPN+ 1 takes place Saturday at Barclays Center in Brooklyn, N.Y. Dillashaw vs. Cejudo headlines the main card, which streams on ESPN+ following televised prelims on ESPN and early prelims on ESPN+.

Ariel Helwani: Henry Cejudo is fighting for the life of the flyweight division