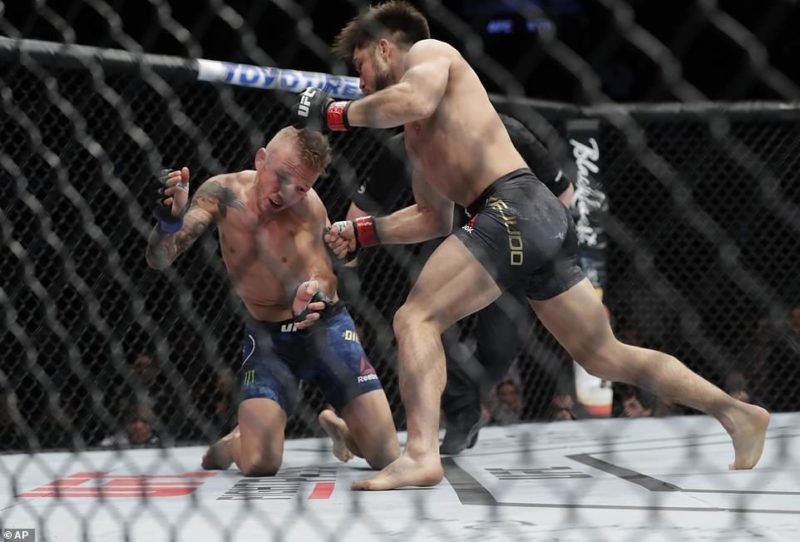 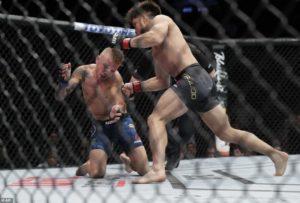 But Dillashaw’s teammate Juan Archuleta still insists that weight cut had nothing to do with the loss.

“The weight cut 100 percent did not affect him at all like it’s not gonna affect me come Saturday night,” Juan Archuleta told BJPenn.com at the Bellator 214 media day. “As far as the stoppage, man… It’s very unfortunate. It’s a hard position to be in for one to be a judge or even a referee let alone, but you gotta be educated, man. You gotta be educated with what shots go where, and it’s an equilibrium shot. If you’re talking to an athlete and he clearly understands what you’re telling him to do and he’s diving in for a single leg… We’re wrestlers.

“You gotta understand who you’re dealing with. Glover [Teixeira] pulled guard [in his fight earlier that night] and was able to fight through it. Us as wrestlers, we jump in on single legs when we’re rocked. And you gotta understand that we’re putting our head out there and our neck out there to get hit but as long as we’re still there and we’re aware of what’s coming… You gotta be educated as a referee and it’s scary when we put our lives in the hands of a person who [can’t make] those split-second decisions”

“It was a hard call, it was a fast call, he was happy feet, all over the fight. He wanted to stop it and you know, guys like Mike Beltran, guys like John McCarthy, these guys I’m comfortable with reffing my fights because they know the sport.”

Do you guys agree with Juan Archuleta?