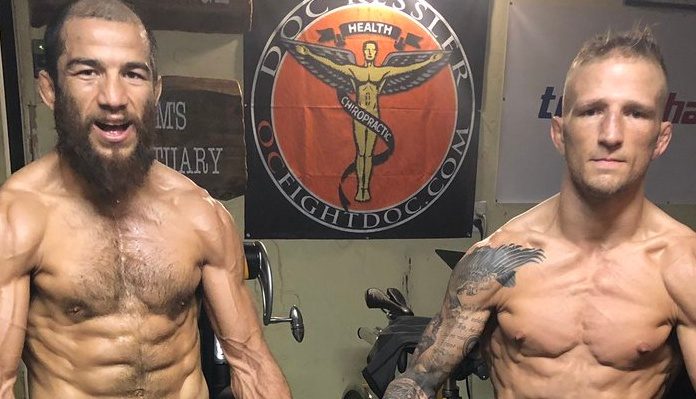 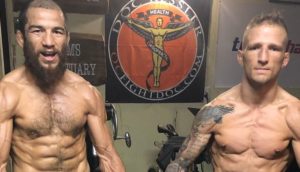 Now recently his teammate Juan Archuleta has talked about Dillashaw’s recent PED use and explained why the former bantamweight champion felt the need to turn to EPO on Luke Thomas’s MMA SiriusXM podcast.

“He just wanted to tough it out and I think he just went to another solution on how to fix it.” – @jarchmma discusses supporting his teammate, TJ Dillashaw, after his suspension for EPO use #TLTS@lthomasnews pic.twitter.com/tPPNJSAVkE

“I am trying to be there for someone when they’re down….I have been there for his highs and what type of person would I be if this happened and I disappeared on him,” Juan said.

“For some of the things that he was doing, he was for sure overtraining himself and he would be going at it for hours with Dwayne and I was like sit down a little if you’re gonna go that long with Dwayne….He is a psychopath, he wants the best, he wants to put in the hour and the repetitions,”

“He just wanted to tough it out and I think he just went to another solution on how to fix it.” He concluded.

Do you guys agree with Juan?

Donald Cerrone is still waiting on a medical suspension, as doctors demand MRIs

Previous articleDonald Cerrone is still waiting on a medical suspension, as doctors demand MRIs
Next articleRenato Moicano: The fight to do is Max Holloway and Alex Volkanovski