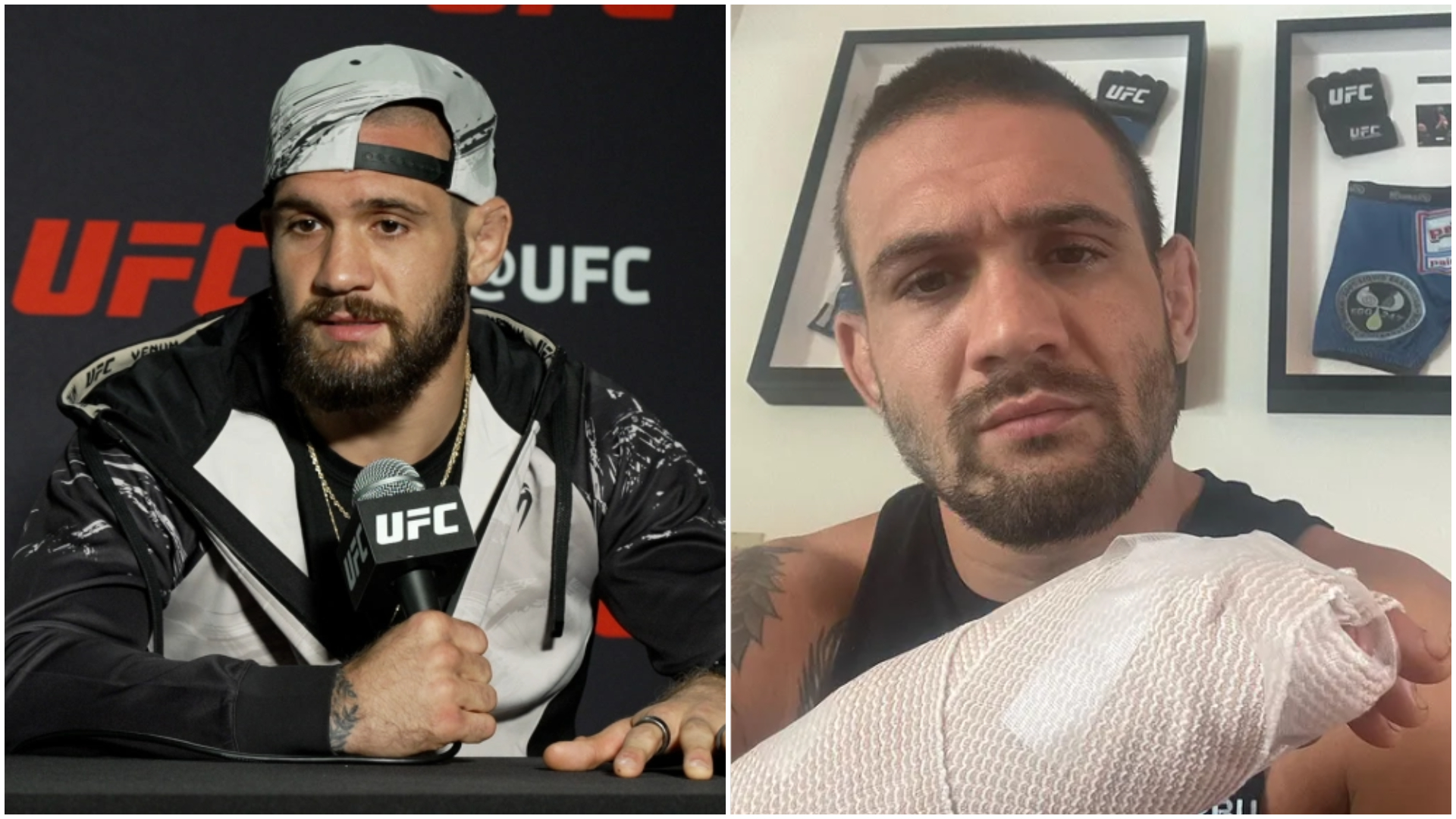 The UFC Lightweight fighter Christos Giagos has officially pulled out of his returning bout at UFC Paris. The California-native was set to face Benoît Saint-Denis in France next month. The event is set to be the first UFC card in the country. However, an unfortunate incident ensued and caused an injury to him, and he withdrew from the fight.

Christos Giagos opens up on the injury

‘The Spartan’ has been away from action since his submission loss to Thiago Moises in June. However, his encounter with the Frenchman is officially off after a horrendous accident. The 32-year-old took to his social media account and announced his fight with Saint-Denis at UFC Paris is off due to a serious injury that he sustained. What seems surprising that the injury did not take place during his training.

Christos Giagos told the story of his injury in an Instagram post. There, he revealed that he tore a tendon in his pinky, forcing him to withdraw. The cut was so severe, that Giagos had to go to a hand specialist to fully reattach the finger.

“It kills me writing this so I’ll keep it short. I was getting some cleaning done and while wiping down a piece of my grill in the trash my hand hit a broken porcelain toilet and gashed my hand open, cutting a tendon in my pinky.”
Christos Giagos continued, “Unfortunately, due to the severity of the injury I had to pull out of my upcoming fight in Paris. I was praying the damage wasn’t bad so I could still take the fight, but that wasn’t the case.”
“I went to a hand specialist today to check the damage and had to undergo a minor surgery to reattach my pinky tendon. My focus is to get healed up as fast as possible. As much as this pains me, the only thing I have control over is how quickly I get back.”
We will now have to wait and see when Christos Giagos is able to recover and finally make his return to the cage.