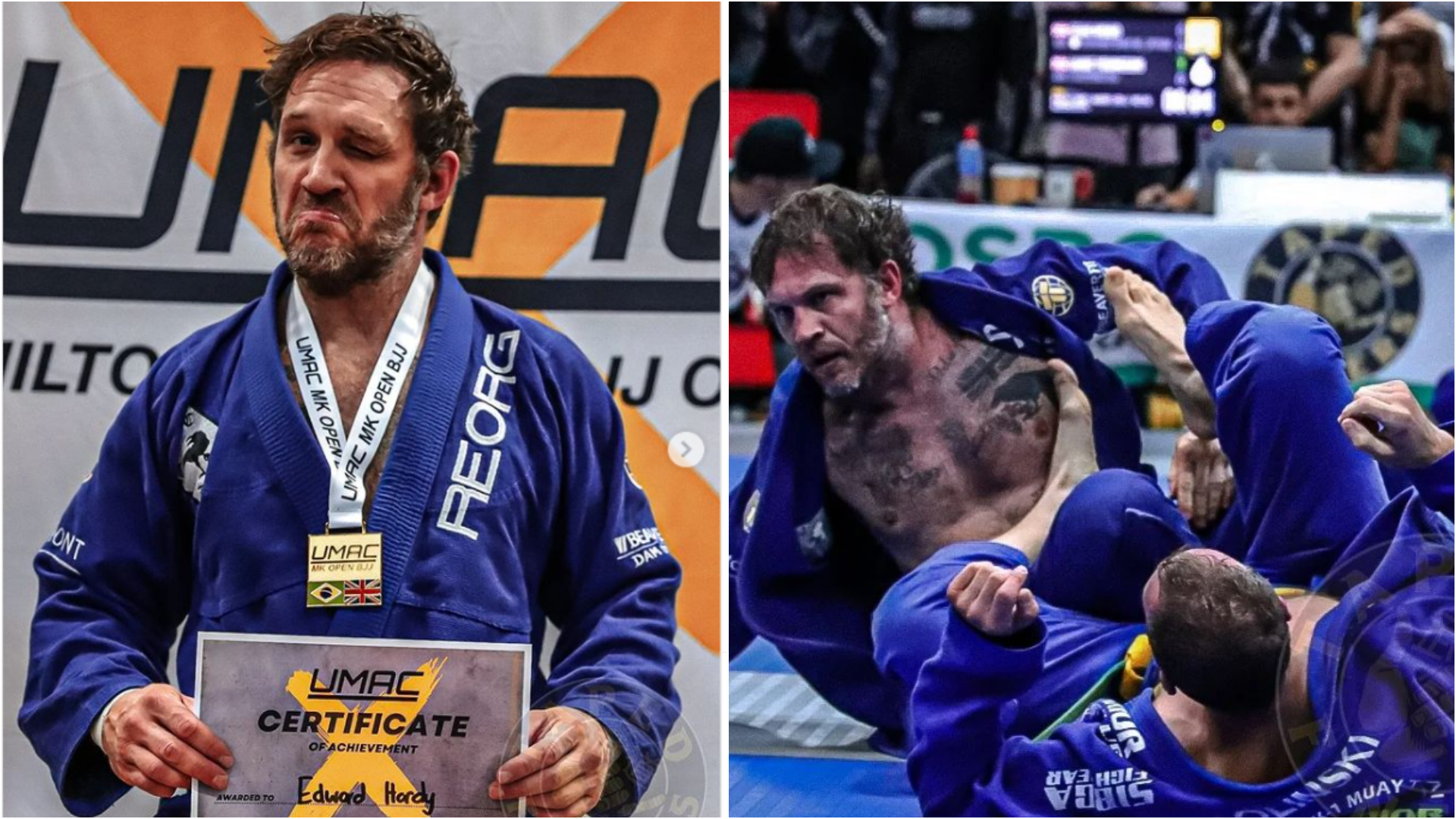 Hollywood star Tom Hardy has portrayed different popular characters whether it’s in Batman as Bane, host for alien symbiote Venom, or the titular role in the post-apocalyptic movie “Mad Max: Fury Road.” He has now added yet another accolade to his name as he won gold at the 2022 UMAC Brazilian Jiu-Jitsu Open Championships on Saturday after he made a low-key participation in the competition as the organizers told CNN.

In a statement posted on his verified Instagram account this week, Tom Hardy said: “Simple training, for me (as a hobby and a private love ) has been fundamentally key to further develop a deeper sense of inner resilience, calm and well being. I can’t stress the importance it has had and the impact on my life and my fellow team mates.”

Tom Hardy said it was an honor to represent non-profit organization REORG, which works with veterans, active military and first responders to use Brazilian Jiu-Jitsu and fitness training as a form of therapy.

The crowd and other competitors were stunned when Hardy turned up at the school hall in Milton Keynes, England, organizers said he was simply “keeping his word.” Mohamed Itoumaine, a referee and spokesman for the tournament’s organizer, Ultimate Martial Arts Championships, told CNN on Wednesday that Hardy had agreed to take part in the competition following his low-key appearance at the REORG Open Jiu-Jitsu Championship last month. Itoumaine was a referee at the earlier tournament in Wolverhampton.

“I was really excited and impressed because he told me at the championship that ‘I’m coming to yours next’ and kept his word,” Itoumaine said. “It is very hard to get a famous person to come to a local competition because their schedules are so busy.”

Itoumaine said UMAC kept the Hollywood star’s attendance quiet in order to avoid adding any pressure on Hardy ahead of the competition.

Itoumaine said Hardy dominated his division and qualified through stages before taking home the top prize. Images posted on social media show a victorious Hardy holding his certificate made out to his real name “Edward Hardy.”

“[Hardy] is a legit blue belt. I have over 10 years of experience as a ref and after I first saw him compete at the REORG championship, I knew he would smash it at my competition,” Itoumaine said.