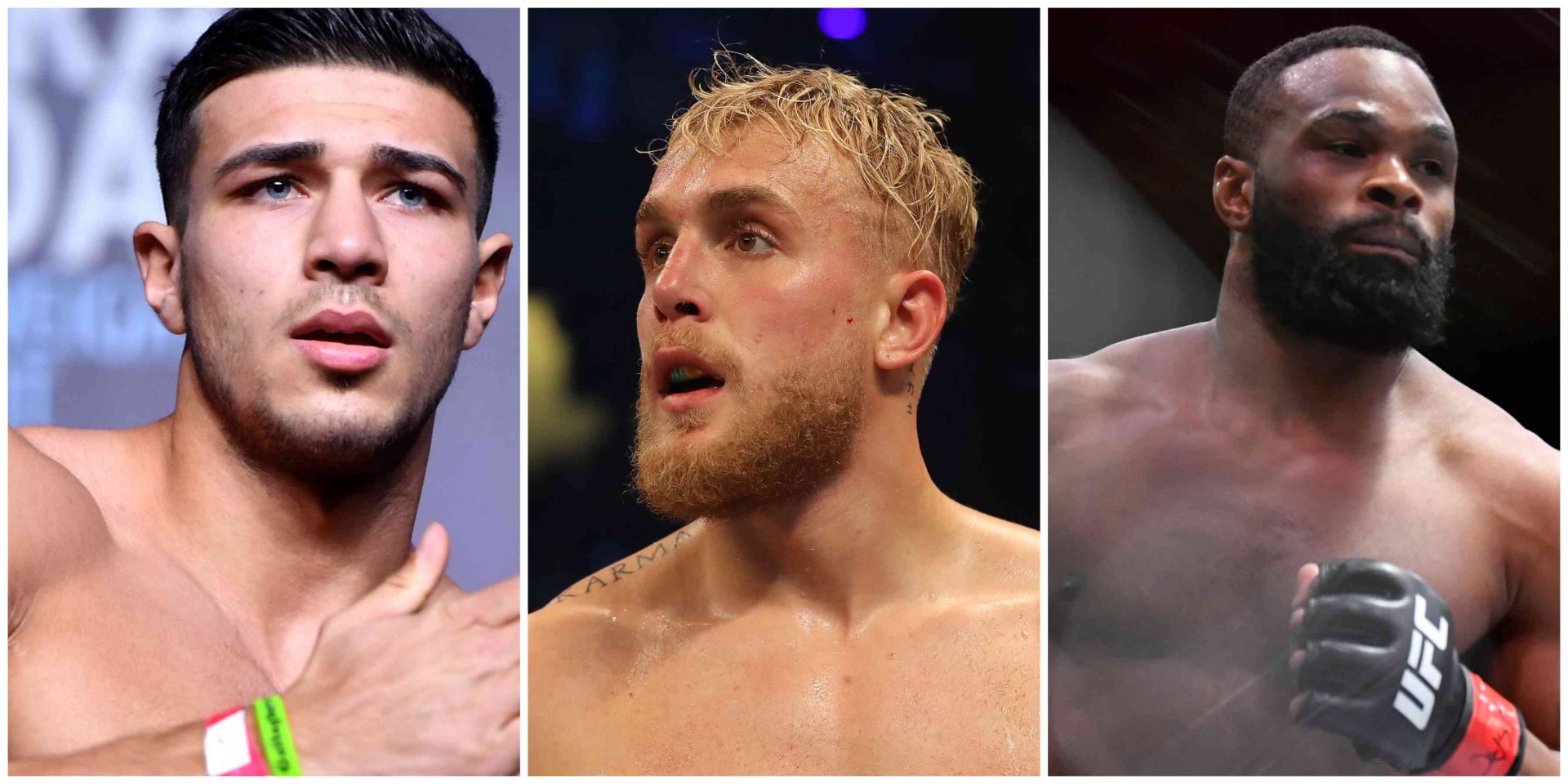 In a surprising turn of events, Tommy Fury has decided to back out of his upcoming fight against Jake Paul. The two were set to square off on 18th December in Miami, Florida but Fury has decided to call it quits with less than two weeks remaining for the fight, without citing any reason behind his decision. Meanwhile, Paul’s former adversary Tyron Woodley, who faced the YouTuber-turned-boxer back in August, has stepped in to replace Fury and the fight is now set to serve as a rematch.

After months and months of back and forth added with verbal clashes between the two, Paul vs Fury was confirmed back in October. Two of the biggest celebrity boxers to come up in recent years, both Jake Paul and Tommy Fury have been featured previously on the same card on 28th August when Jake fought Tyron Woodley, with Tommy fighting Jake’s training partner Anthony Taylor on the undercard.

Ahead of the fight which saw a heated buildup between the two pugilists, Tommy was being trained by his elder brother and reigning WBC world heavyweight champion Tyson Fury and was due to fly to Florida later this week to team up with coach SugarHill Steward for the toughest fight of his professional career so far.

The Love Island star, who is 7-0 as a boxer, had to secure a victory in the fight against Jake to not have his name changed to “Tommy Fumbles” and retired from the sport by none other than his father, John Fury.

However, it has been speculated that Fury has sustained an injury and the news of him pulling out of the bout was made public by social media celebrity Keemstar on Twitter, who claimed ‘2 sources’ had cited the withdrawal.

Tyron Woodley looking to fill in the spot. pic.twitter.com/Nh25Y2IlYE

Even though ‘TNT’ has not opened up on the reason behind his withdrawal, the Briton had caught a cold recently and was absent from training as seen in the clips posted by Tyson Fury.

In the meantime, former UFC welterweight champion Tyron Woodley, who suffered a split decision loss against Paul back in August in Cleveland, has stepped in to substitute Fury as the December 18th fight has now turned into a rematch between the two.