Tony Ferguson has restraining order filed against him by wife; other disturbing details about his behaviour emerge 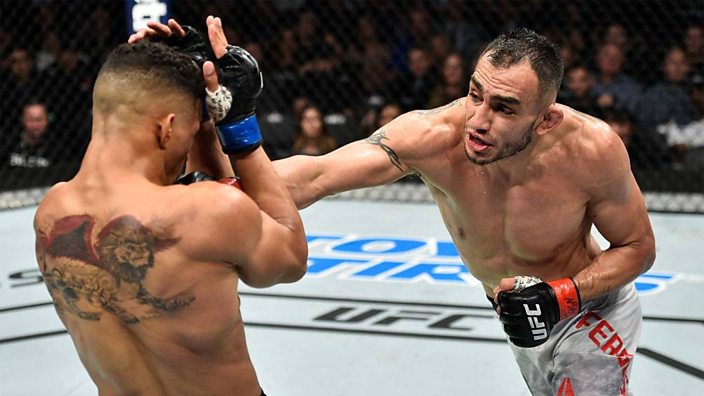 Tony Ferguson may not be getting the title shot he wanted against Khabib Nurmagomedov, but that appears to be the least of his troubles at the moment. Ferguson’s wife is currently seeking a restraining order against the fighter. She has alleged that he made ‘threatening remarks’ and also, apparently ‘demonstrated disturbing behaviour’ on multiple different occasions.

This comes after initial reports of a series of incidents after which his wife apparently called the police concerned about Ferguson and his ‘well-being’. According to reports, it is important to note that at no point was Tony Ferguson violent.

The reports state that Ferguson and his wife engaged in numerous arguments, Ferguson’s father asked him to leave the house, Ferguson being convinced that there was a microchip in his leg etc. They also state that he apparently stayed awake days at a time, and did damage to his fireplace, alleged that someone was living in the walls, and splashed his wife with holy water. He even called up the police on one occasion, saying that his wife had been missing overnight.

An investigation is scheduled for the 22nd of March, following which there will be a hearing on the 5th of April.