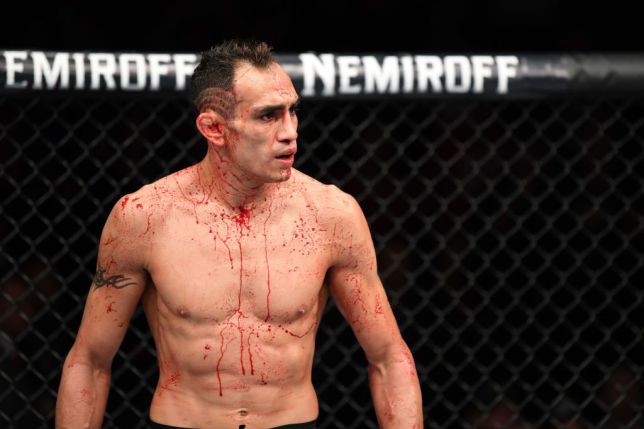 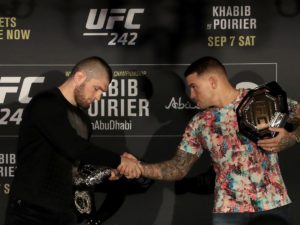 The former interim champion Tony Ferguson will be keeping a keen eye on this event, as the chances are that the winner of this fight would square off against ‘El Cucuy’. However, Ferguson in a recent appearance on Ariel Helwani’s MMA show said that he is hoping that Dustin beats Khabib so that both fighters can have “a good old American battle royal” fight later this year.

“I have to fight for the title shot,” Ferguson said Tuesday on ESPN. “That’s where I’m going. The winner of this next fight is going to come up.”

He was also asked about a potential fight with former two-division champion Conor McGregor and that there were talks about Dana White saying that the Irishmen might be getting a rematch very soon and it may shatter the hopes of Ferguson getting a shot at the title next. However, Ferguson wasn’t worried about it as he was completely confident that UFC would do no such thing because he deserved a title shot as he is currently riding on a 12-fight winning streak and that fans would have Ferguson being bypassed by someone else for a title shot.

“He’s like one of those ex-girlfriends,” Ferguson said. “I stopped worrying about that. Now he’s mentioning my name? Get the (expletive) out of here.

“If push comes to shove, I see him fighting the loser of this next fight this weekend. If you want to keep up with the rankings, we have to do it the right way. Maybe I’ll give him a shot (if he beats loser of UFC 242).” (H/T – MMAJunkie.com)

Previous articleCris Cyborg signs with Bellator; to fight Julia Budd for FW title first up
Next articleBJ Penn clarifies recent fight videos of him that surfaced on the internet