Tony Ferguson on not getting a title shot: ‘That title is a wet dream’ 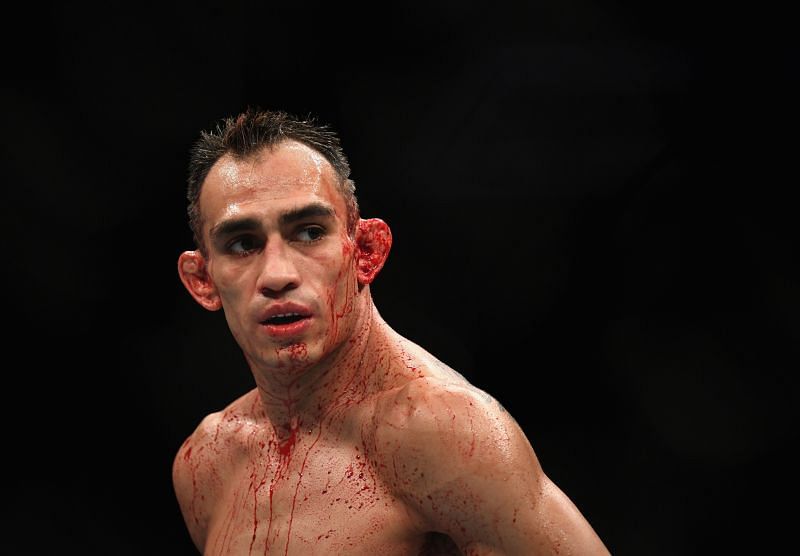 Former interim lightweight champion Tony Ferguson is all set to fight rising contender in Charles Oliveira this weekend in the co-main event of UFC 256.

He will be looking forward to bouncing back from the loss he suffered earlier this year at UFC 249 against Justin Gaethje. In that fight, Gaethje stopped Ferguson via TKO. Prior to losing to Gaethje, he was on a twelve-fight winning streak and he was supposed to fight Khabib Nurmagomedov at UFC 249 for the title. 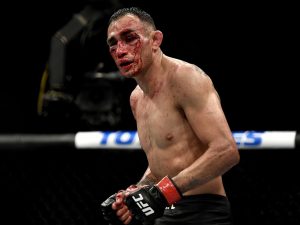 But the fight never came into fruition because of coronavirus outbreak. However, winning the title doesn’t entice him that much as he already has a UFC title with him.

“I’ve got the belt in my room,” Tony Ferguson said at a virtual media day session. “I could go after another belt, but how much greed is that? I’ve got an ‘Ultimate Fighter’ trophy. I’ve got a Fighters Only award trophy. I’ve got a UFC belt. I’ve got medals, and I’m ‘Lord of the Rings’ with all my championship rings. How much greed can you want? You want to be like Khabib (Nurmagomedov) and hold on to it?”

“I’m the CSO of the UFC,” Ferguson said. “CSO means ‘chief security officer.’ If you need something done, count on me. Reliable. I go out there and I make it happen. Name another (expletive) that’s out there in the top-five that does that (expletive). Top 15 or top 30. You’ve got to go lower in the bracket to have fighters that are barely making it to have that attitude.”

UFC title is a wet dream for Tony Ferguson

During the interview, Tony Ferguson also shed some light on the fact that despite his incredible record in the UFC, he has yet to fight for the UFC lightweight title.

“Man, that title is a wet dream,” Ferguson said. “Like that Farmers Insurance commercial: ‘Oh, you almost got it. Keep it going. We’re just going to keep dangling it in front of you.’

“I don’t know what the problem is. I don’t know if it’s because I’m Mexican. I’m American with Mexican parts. Twelve-fight win streak. Eight years in the making, before women’s sports were even in. Conor (McGregor) was on welfare. … All these different things, and I still didn’t earn a title shot.” (H/T – MMAJunkie.com)

“I don’t give a (expletive),” Ferguson said on fighting for the undisputed title.

Who do you guys think wins this weekend between Charles Oliveira and Tony Ferguson?