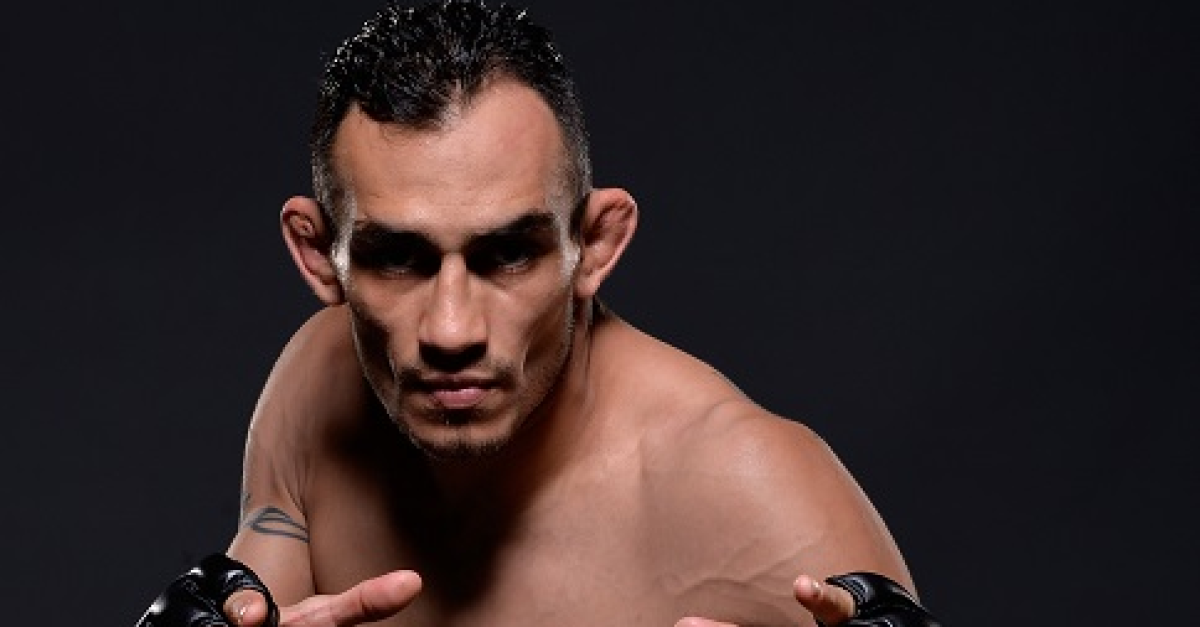 The UFC’s lightweight division is trying to move on from Conor McGregor and Tony Ferguson and Khabib Nurmagomedov are the fighters leading the UFC’s 155-pounds division. They have a lot of bad blood between them and have often trash-talked about each other. However, not just the Dagestani but his manager has also been involved in a lot of trash-talking with Ferguson. Recently Khabib’s manager, Ali Abdelaziz posted a video highlighting Khabib’s ground-and-pound training in the gym and took a shot at Ferguson by asking him whether he was ready for Khabib’s over-whelming ground game or not. However, the interim lightweight champion was quick to respond with a befitting reply.

Tony Ferguson became the interim champion in his last fight by defeating Kevin Lee at UFC 216. He is currently on a phenomenal ten fight win streak. Whereas, Nurmagomedov is currently on a nine fight win streak inside the octagon and defeated Edson Barboza in his last fight via unanimous decision at UFC 219. The pair has been booked for a fight on three separate occasions. However, the fight has always failed to happen with the Russian pulling out in their last booked fight at UFC 209 due to a botched weight-cut. 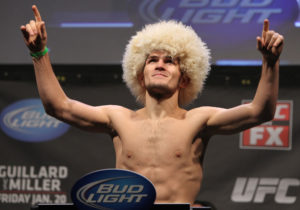 The pair are again booked to face each other for the undisputed UFC Lightweight belt at UFC 223.

The Judoka’s manager, Ali Abdelaziz had posted a short video of Khabib’s intimidating ground-and-pound training and had sarcastically asked Ferguson whether he was sure about facing his client. However, “El Cucuy” slammed Khabib and asked him why he would let his manager trash-talk for him. He also referred to their failed UFC 206 fight and insinuated that Nurmagomedov had been avoiding to fight him.

Here’s what the interim champion tweeted: 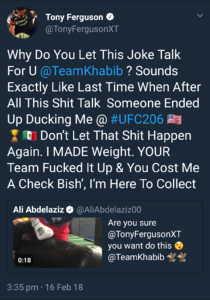