Tony Ferguson vs Kevin Lee in the works for UFC 216 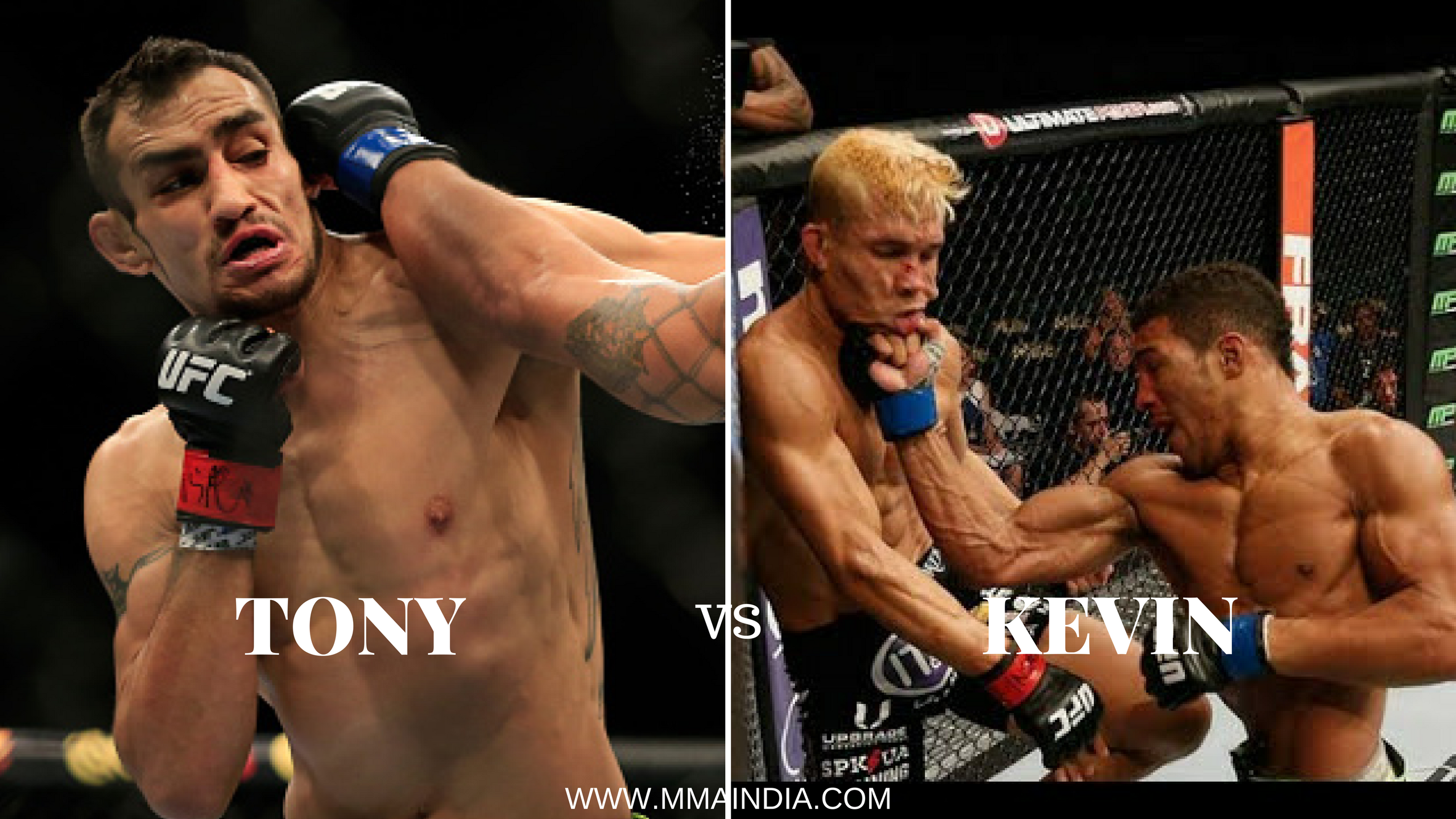 We say ‘in the works’ because the interim title fight between Tony Ferguson and Kevin Lee has been announced for UFC 216 by Dana White on the sidelines of the Contender Series but as we know in the UFC, ‘there is many a slip between the cup and the lip’ and since the paper work hasn’t been signed yet, let’s wait for that before we break out the celebrations…if there should be any that is.

Tony Ferguson of course has been festering on the sidelines since his fight with Khabib Nurmagomedov at UFC 209 fell through after Khabib was hospitalized because of weight cut issues.

Tony’s match up with Kevin Lee seems to be a result of their run in on the UFC on FOX interview after Kevin beat Michael Chiesa in a controversial stoppage  and Tony was on panel of commentators for Fox. One can question whether Kevin deserves a title fight right now but as we have seen, the fans seem to be making the fights right now, and after their very entertaining spat, that seemed to be the fight to make even though Tony has recently exchanged barbs again with Khabib and his manager on twitter.

We say, either Kevin or Khabib, let’s get it signed, we want to see Tony fight again.