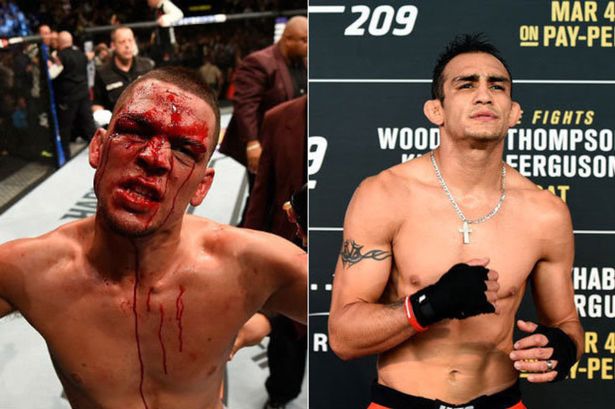 Tony Ferguson still would like to fight again in 2020. The UFC lightweight star said in a video interview with ESPN’s Ariel Helwani published Wednesday that he’d like to compete before the end of the year, provided he is adequately compensated.

Ferguson fell to Justin Gaethje in an interim title fight at UFC 249 on May 9, the promotion’s first fight back after a nearly two-month hiatus due to the coronavirus pandemic. 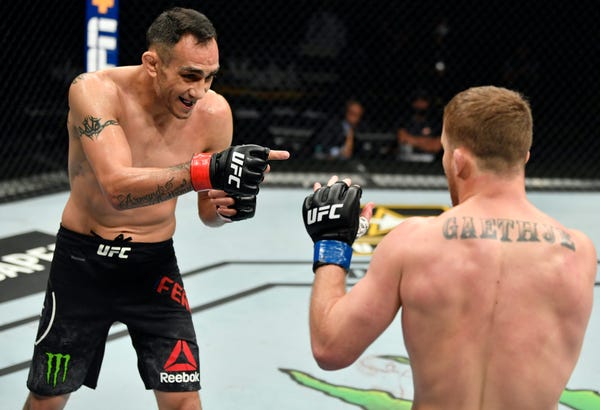 The loss snapped a 12-fight winning streak and was Tony’s first defeat since 2012. But Ferguson said he’s in a better place than he was then and is “ready” for a return.

“I will be competing,” Ferguson said. “People will see me, one way or another, being active.“

Tony told ESPN that he never really came to an official agreement with the UFC, either for that fight or one with new signee and former Bellator champion Michael Chandler.

“Dana wanted to speak for me,” Tony said. “He wanted to go out there and be like, ‘Tony is gonna take this fight.’ Bro, we’re not friends. I never said we were friends. It’s just business, right? I’m there when you need me. Seriously, man, I’m a contractor, I do my thing. I love you, fam. I love the UFC and all that. But I’m not just a piece of meat out there.”

Ferguson vs Nate Diaz at Welterweight ?

Ferguson, who said he’d be open to other ventures like Chael Sonnen’s Submission Underground or Wrestling Underground grappling events, was tied to an Oct. 24 contender bout with Dustin Poirier at UFC 254. That fight never came to fruition, however. Poirier said last month that he couldn’t come to terms with the UFC.

If there’s no clear path for him at lightweight, Ferguson could move up to welterweight or even middleweight for other potential matchups. 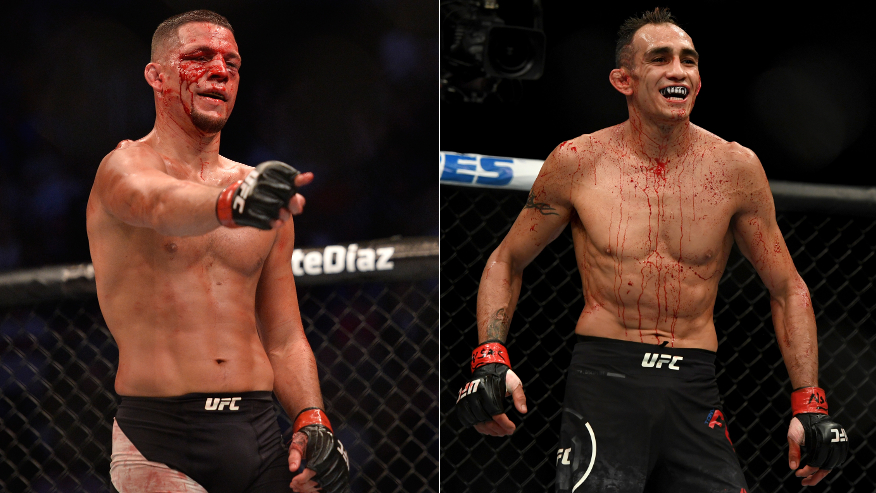 “I got [welterweight] and I’ve got the frame to go up to [middleweight],” Tony said. “I like to go out there and compete. Everybody forgets that I used to knock everybody out at 170.”

Tony said he has no problem in fighting welterweight Nick Diaz, who has been teasing his return for months. Tony Ferguson claimed he may look small, but he has a “frame like a 205 pounder”.

“You’re only as good as your last fight,” Tony said.