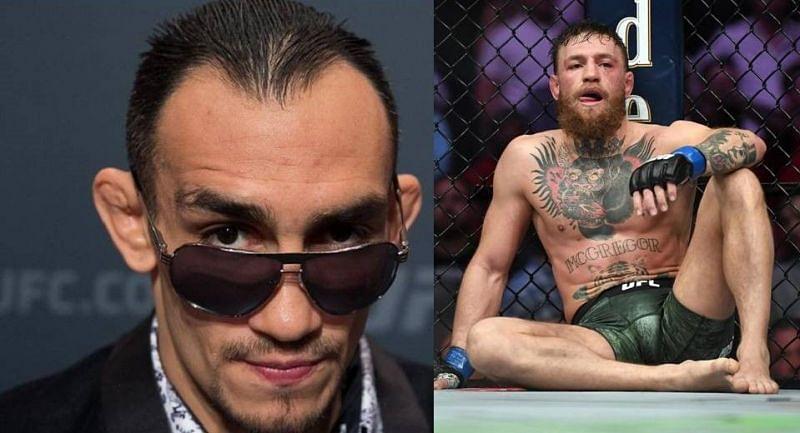 Tony Ferguson slams Conor McGregor, and says the Irishman does not belong in the top five of the lightweight division. 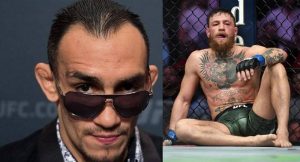 The UFC ended it’s ‘return to the Fight Island’ series of fights, which started with Paulo Costa vs Israel Adesanya in UFC 253, and ended with Khabib Nurmagomedov vs Justin Gaethje at UFC 254. The card was headlined by the lightweight champion Khabib who defended his title, and announced his retirement from the sport just after the win. This came as a shock to many as the Russian was set to retire after 30-0, and a final fight against GSP or Tony Ferguson was much anticipated.

With the Lightweight title now vacant, the top five contenders in the division are Tony Ferguson, Dustin Poirier, Justin Gaethje, Conor McGregor and Michael Chandler. However, Tony is of a different opinion. He doesn’t believe that Conor deserves to be in the conversation for the top five, mainly due to his inactivity in the division. El Cucuy believes that Conor has to get some wins over top-15 opponents first.

“He just deserves the chance to fight. F**k him fighting for the title, he needs to fight, he needs to fight somebody like I don’t know, top-15. Get his ass back on there,” Tony said to Submission Radio. “He don’t belong in the top-five, get the f**k out of here. F**k you, pay me, dude. Nothing personal but you are still a b***h. If you want that heavy competition quit hanging around everybody else and get your a** back in the gym.”

It is true that Conor has been inactive in the division for a long time. He last fought Khabib Nurmagomedov in 2018, which he lost. He then didn’t fight for a year in MMA, and came back in January this year to fight Donald Cowboy Cerrone at 170. Tony’s claims of Conor’s inactivity is fair. Conor is now scheduled to fight Dustin Poirier in January next year, but the weight division is still unclear. There were talks of having the fight at 170, but both Dana and Khabib said that it does not make sense to fight at 170 if they want to get a title shot at 155.

Tony Ferguson’s 13-fight win streak was ended when he fought Justin Gaethje, who then lost to Khabib. He is set to return to the octagon anytime soon, and is most likely going to fight Michael Chandler to get the title shot.

Previous articleBaseball star Josh Donaldson says Khabib Nurmagomedov is the most boring fighter in the world
Next articleJon Jones reacts to Khabib taking No.1 P4P spot: “ This is No.1 bullshit”