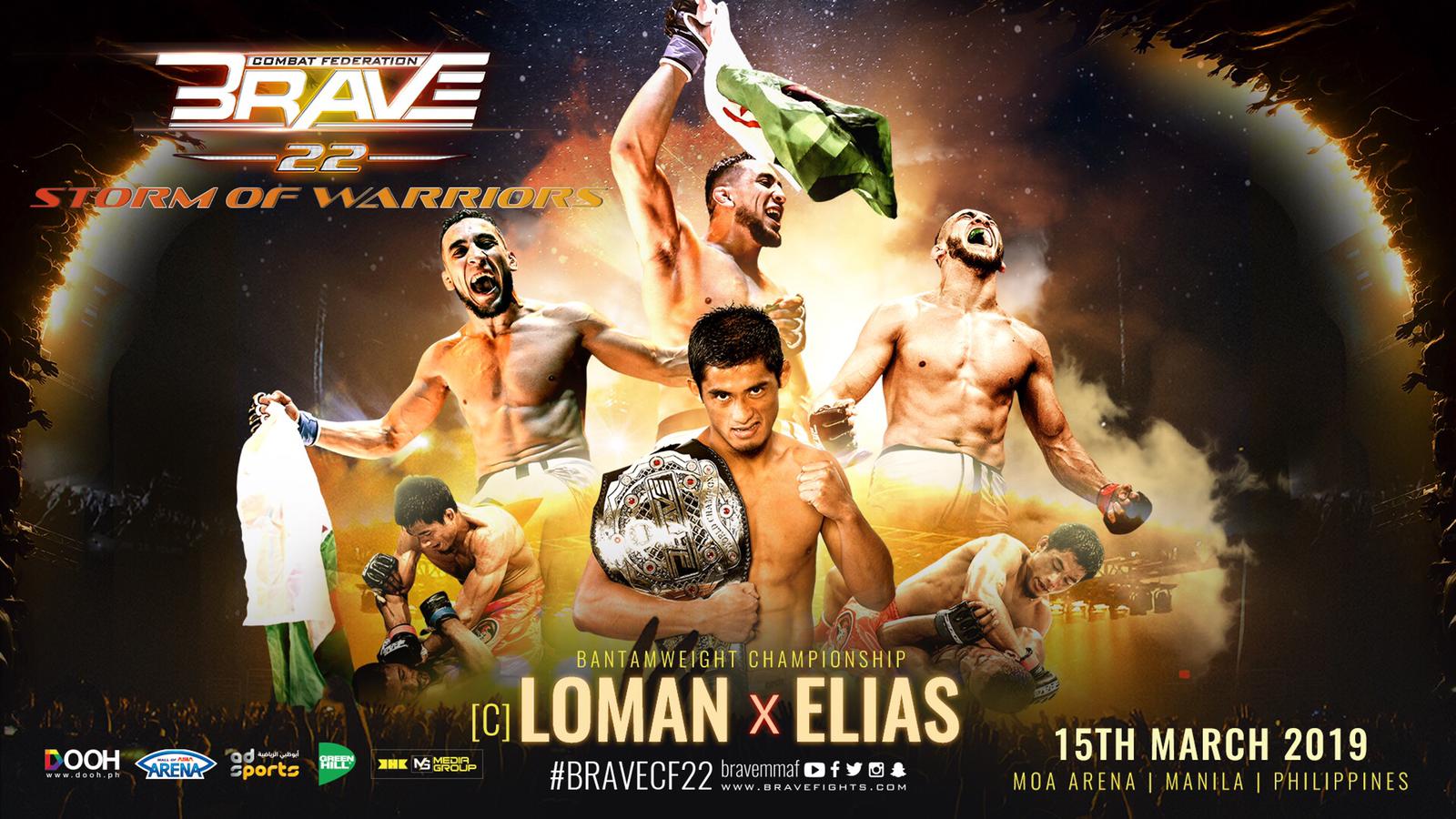 As Brave Combat Federation gears up for its first show of 2019, the top fighters from the roster are equally excited by the prospect of watching Bantamweight champion Stephen Loman defend his title against Elias Boudegzdame in the main event of Brave 22, set for Manilla, Philippines, on March 15th.

Former Lightweight title contender and Brazil’s Fighter of the Year in 2016 Luan “Miau” Santiago made his predictions on the title fight, believing that Stephen Loman will remain the champ as he’s “faster and stronger” than Boudegzdame at Bantamweight.
“I know the former Featherweight champion Elias Boudegzdame is dropping down to his natural weight class, and I know he has good jiu-jitsu. But Loman has proved time and time again he’s one of the top fighters at Brave. He has some great wins and I think he’s either going to KO Elias or he’ll win a decision” says Santiago.
Waiting on the wings to perhaps face the winner of Brave 22’s main event is Jalal Al Daaja. The Jordanian Bantamweight star praised Loman, but said it will be a tough fight and predicted the bout will go to a decision.
“Stephen Loman is one of the special fighters in the Bantamweight division. He is the hero of the division. And as we know, Stephen Loman to this day holds the title. He is the longest-reigning Bantamweight champion. My predictions are that it will be a very strong fight and it might go to five rounds, to a decision. Stephen Loman fighting in the Philippines is a point that’s in his favor”, commented Al Daaja.
Meanwhile, Bahrain’s own Hamza Kooheji, who has flirted with Bantamweight, but last fought in the weight class above, feels Loman’s game might be too much for the former Featherweight champ to handle on fight night, but hoped for the “best man to win”.
“Stephen Loman has proved his skills more than other fighters and has defended his belt more than any other champion. It’s very tough to beat him, especially in five rounds. He pushes through five rounds, he broke his nose, had a lot of hard times in fights, but always pushed through. Elias was the champion at a weight class above his own and has fought and beat bigger guys. I don’t know who will win. Elias is my friend, and I hope the best man wins”, pointed out Kooheji.
Brave 22 will take place at the iconic Mall of Asia Arena and will mark the first time Brave Combat Federation will organize a show in the Philippines. The country joins the likes of Bahrain, Brazil, Mexico, Morocco, the United Arab Emirates, South Africa, India, among others as homes to Brave events.

Previous articleMMA India Exclusive: Roshan Mainam Luwang opens up about becoming the first Indian fighter to be part of EVOLVE MMA
Next articleUFC: Updates on the futures of Conor McGregor, Khabib Nurmagomedov and Jon Jones pertaining to NAC hearing