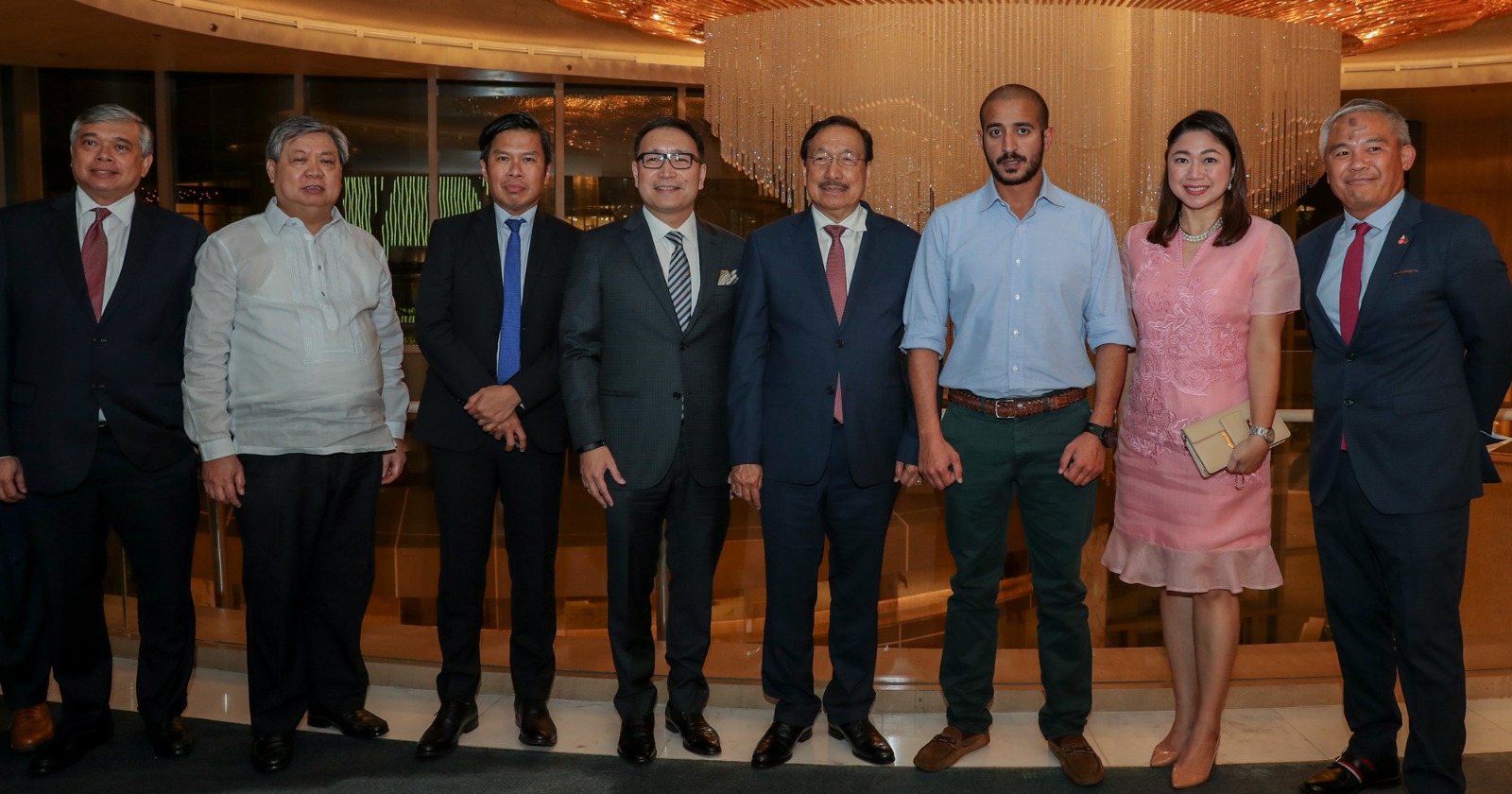 His Highness Sheikh Khalid bin Hamad Al Khalifa spent the week in the Philippines to oversee the final preparations for this Friday’s groundbreaking Brave 22: Storm of Warriors. While in Manila, the visionary for Brave Combat Federation met with a host of top influencers from the country to discuss his vision for the sport of MMA and the role Brave will play in the development of mixed martial arts across the Philippines.
Among the people who met His Highness is Mr. Alfonso Ver, Philippines Ambassador in Bahrain and one of the greatest enthusiasts of Brave 22. Having experienced the historical fight week back at Brave 18, Mr. Ver was excited to meet once again with Sheikh Khalid, this time in his own country.
Joining the duo was Ambassador Rey Catapang, Charge d’affaires of the Philippines Embassy in London; Leslie Baja, Assistant Secretary for the Department of Foreign Affairs; Consul Amable Aguiluz IX, Honorary Consul of Bahrain in the Philippines; and Ambassador Amable Aguiluz V, Special Envoy of the President to the GCC (Gulf Cooperation Council), Lany Cayetano, Mayor of Taguig City, and last but not least, Mr. Vicente Reyes, president and CEO of TV5.
Mr. Reyes, a sports idol in the Philippines after coaching the national basketball team, has been one of Brave’s biggest enthusiasts after TV5 and Brave signed a deal for broadcasting in the Philippines. Brave 22 will mark the first event in the partnership and will be available in the entire country through TV5’s sports channel ESPN5.
Previously, Sheikh Khalid met with Philippines President Rodrigo Duterte and the duo discussed the positive impact of MMA in the Filipino society and the role Brave Combat Federation will play in raising the sport’s profile in the coming weeks.